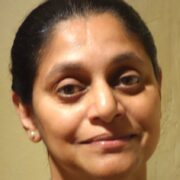 Meet Priya Chaudhry: One of the Most Sought-After Criminal Defense Lawyers in America

Having been a bit of a gadfly on the mucormycosis crisis in India, I started appreciating — while flitting around cows and dung — the unexplored pathogenic possibilities of human-animal dung interactions. Particularly so, in the ‘neglected world’, where dung and droppings are not just a part of daily life — they are often embraced, revered and sought after. These possibilities, in my view, are so enormous that they raise the potential for the development of an entirely new branch of medicine: “Neglected Dung Diseases” (NDD).

At the very outset, I must state: This is a hypothesis, which may well end up refuted following further study . I am no expert on any of the diseases I interrogate below as potentially connected with the dung of domesticated animals. I only hope this would serve as a pointer to experts in these respective fields to look closer at dung and droppings as potential causative agents — that they would study in detail how this ubiquitous source of pathogens could be at the root of many ailments in communities closely associating with it. If shown to be true, prevention, to a large extent, could be achieved for many of them, by something as simple and inexpensive as cautionary public advisories and behavioral modifications. Just as they did for Histoplasmosis vis-à-vis bat/bird droppings, and for neonatal tetanus and cow dung . Innumerable lives could be saved, at not a lot of additional cost.

The following are some of the entities, that in my view, would most benefit from this research:

Mucormycosis: The role of herbivore dung in mucormycosis is something I am quite confident of, having been researching it intensely since the terrible Indian epidemic of COVID Associated Mucormycosis (CAM) in 2021. I have written about it in detail in two articles on Medium (here and here ), two in the Indian print media (here and here) and also had it published, with the help of eminent co-authors, as a peer reviewed hypothesis in mBio. The hypothesis hinges on the potentially related facts that India contributes a disproportionately large share of the global mucormycosis burden, and that there is disproportionately high, frequent and intimate contact with cow dung- a rich source of the causative Mucorales fungi- amongst a large proportion of the Indian population.

In addition to the already known association of Mucorales with herbivore dung (coprophilous fungi), a recent study in India has demonstrated cow dung to be rich in the specific species of the fungus that have been isolated from mucormycosis patients in the country — this, I believe, further strengthens the hypothesis on source association.

The fact that India has a higher percentage of patients with rhino-orbito-cerebral mucormycosis (ROCM) could also be a pointer to the potential mode of infection: inhaled dung particles. Spores embedded within dung particles (dried dung or smoke of burning dung) are likely to be larger in size and are hence more likely to settle down in the upper respiratory passages like the nose and paranasal sinuses, leading to ROCM in vulnerable patients.

Toxins and spores from dung could also reach the distal, smaller air passages causing pulmonary mucormycosis, which may be massively underdiagnosed in India, due to well acknowledged logistic diagnostic difficulties with fungal infections.

Researchers in Iran have also connected CAM in that country with the dung of another domesticated herbivore — the donkey — through the traditional use of anbarnesa among many Iranians.

Clearly, a lot more research and investigative analysis is needed to better understand these potential connections, which in my view, cannot be ignored any more.

Once the potential connection between cow dung and the Indian CAM epidemic dawned on me, I started exploring whether similar associations might exist in other countries and cultures that live in close contact with animal dung. It was very disturbing to see how almost all such populations are known to have a higher than average caseload of Invasive Fungal Diseases (IFDs), especially of the sinuses and orbits. Foremost among these countries are Iran and Sudan. While Iran had a well-documented CAM surge, Sudan has been chronically suffering from various fungal diseases ranging from Chronic Invasive Fungal Sinusitis to Aspergilloma and mycetoma. With cattle being an integral part of the Sudanese life style, I again feel it is quite possible that dung and its smoke play a crucial role in the causation of these fungal infections in the country. The same could also apply to other developing countries with close human-domesticated animal interactions, such as Pakistan, Egypt, Kenya, Peru, Bolivia, Brazil and Honduras.

Aspergillosis/Aspergilloma: Different species of Aspergillus are commonly isolated from dung and droppings. In India and many other places, mixed fungal species like Mucorales and Aspergillus have been isolated in many infections including ROCM during COVID. Dung, a rich organic source of mixed pathogens, could very well be the source of such infections.

Mycetoma: This dreadful disease — common in poorer populations who walk barefoot in soil and dung, such as in Sudan and India — is usually seen following penetrating injuries, and hence could potentially be due to the deposition of the causative fungi deep into the tissues from a dung source, resulting in granulomatous inflammation.

Interestingly, Madurella mycetomatis, the first recognized causative fungus for the condition, was discovered in Madura (in the Indian state of Tamil Nadu), which was also a hot-spot for CAM. Experts in the field like those from the Mycetoma Research Centre in Sudan have already performed studies on this likely dung connection, although they have so far not been able to prove it conclusively.

It is my strong belief that continued research in this direction will firmly establish the dung-mycetoma connection sooner rather than later.

Tuberculosis: While the disease is mainly caused by the bacillus Mycobacterium tuberculosis, the secondary contribution of Mycobacterium bovis — the organism causing bovine TB — to the overall disease burden is also known. It’s highly likely that apart from the already known modes of spread from infected cattle to humans, the dispersal of the bacilli from dung slurries into the environment could be another source of spread of bovine TB to humans and other animals.

More research is certainly needed in this context, especially since tuberculosis is now mainly a disease of the developing world where such dung-human interactions are more common.

Kashin Beck Disease (KBD) and Keshan Disease (KD): These are two rare, seriously debilitating illnesses of debatable, possibly multifactorial etiology. They are endemic to a few specific regions, most importantly along a selenium-deficient belt extending from the northeast to the southwest of China, with overlapping demographics for both conditions among the affected population.

KBD is a chronic osteoarthrosis that can cripple the sufferer for life. KD is a highly lethal cardiomyopathy that can present as acute, subacute, chronic or latent forms.

I have to confess that I was completely unaware of KBD and KD, prior to my research on populations of the world that commonly use dung as fuel. And these endemic diseases in the cold regions of China, Tibet, Mongolia and Siberia caught my attention. I realized that what is common to these areas is that they are populated largely by poor, traditional, peasant communities that rely heavily on yak and other cattle dung as fuel for heating and cooking. That people in these parts of the world spend an inordinate time indoors in poorly ventilated spaces during the harsh winters, breathing in such dung fumes.

From what is available on these conditions in the published literature, I learned enough to know that researchers continue to be baffled about the etiology of both KBD and KD.

Multiple causative factors are being considered, including, nutritional deficiencies (most commonly selenium, but also other trace elements, iodine and vitamins), polluted water (with organic matter, fulvic acid), viral and fungal infections, and mycotoxins (from contaminated grains of barley and corn).

2021 Was All About Family, Pursuing My Passions and Getting Out of the Comfort Zone

It needs to be emphasized that to date, no one factor has been definitively proven to have a pivotal causative role in these enigmatic conditions, though selenium deficiency is considered a prime factor, since long term replacement of selenium has helped control the diseases to some extent. However, the simple addition of the deficient minerals and changes in diet (avoiding contaminated barley and corn) have not produced consistent improvement, prevention or cure. And, it has been noticed that people who moved away from endemic regions have been spared KBD, while those, even older than 25, who moved into endemic regions developed the disease. That many other places in the world with selenium deficiency do not have cases of KBD or KD.

Many areas of mainland China where KBD used to be endemic are no longer so. What changed in such areas was upward socioeconomic mobility resulting in improved living standards, including a better and varied diet. Significantly, the changes also resulted in the population transitioning from the use of biomass fuels such as animal dung to natural gas or electricity. But regions of Tibet and rural China, where these diseases are still endemic, continue to depend a lot on the traditional use of yak dung as fuel for household heating and cooking . Put together, these factors, in my opinion, raise the possibility that mycotoxins, other microbial pathogens or pollutants released during the use (including burning) of dung in the homes of these patients could be a major causative agent of KBD and KD.

Since the pathogenesis of KBD is considered to be oxidative damage to bone cells (potentially due to mycotoxins) in the presence of deficient antioxidant defence (Selenium deficiency), I propose that the dung and its fumes could be acting in tandem with the other suspected etiologies, or may even be the core causative differential among these vulnerable patients.

While indoor air pollution by burning biomass fuels, including dung, is studied widely, the release and spread of microbial pathogens and toxins in the smoke of burning biomass, is as yet unexplored. As such, it is indeed encouraging that the study of pyroaerobiology is gaining momentum in the USA. Hopefully, such studies would soon unlock the mysteries to the etiology of diseases like KBD and KD.

In this context, a recent study that mucormycosis can also be related to a mycotoxin named mucoricin, is extremely interesting.

In short, regardless of whether this hypothesis is proven or refuted, there is absolutely no doubt that much research is needed into the role played by animal dung and bird droppings in human health, especially in populations that live in close proximity to them.

Along with what we already know of dung-related zoonotic infections , further detailed research is needed to understand the impact of all kinds of human-dung interactions and their potentially unimaginable cost in terms of human health, lives and medical expenses.

The health of the poor matters, as much as that of the wealthy. Deliberate neglect of diseases of the underprivileged is a crime against humanity. It is my fervent hope that advances in science help all equally, and not just the privileged.

Neglected Dung Diseases urgently demand crucial expert attention. I appeal to all medical agencies to ensure they do not remain neglected any more.

Jessy Skaria is a Texas-based physician, translator and independent researcher.