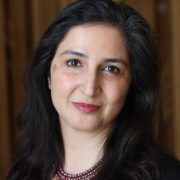 Does the Decline of Manners Gives Rise to Global Pandemic?

“Are you willing to teach an off-campus class at IBM in my place?” asked my graduate advisor, Dr. Rosenthal. I agreed at once, leaping at the opportunity to have some extra income. It was a win-win situation for both of us: I was a struggling international graduate student in North Carolina, and tenured professors like Dr. Rosenthal were not always expected to or wanted to teach. But there was one catch: even though the IBM class was identical to an undergraduate class I already taught at NC State University, everything else about this new class was different.

The IBM students were all adults without a college education and were now taking courses as part of a continuing education program. They were all white, all older, and all from the South. I had never felt more foreign and the nervousness on my first day on campus as a student from India suddenly came rushing back.

For the IBM class I had deliberately dressed to appear more than my 22 years, putting on the one formal dress that I owned, and had applied full make up to look older and sophisticated. But none of this helped when it came to my Indian-accented English.

Halfway through the class during a ten-minute break, one of the students approached me. Mr. Grant must have been about 50 or so.

“May I borrow that piece of chalk for a second?” he asked. He then painstakingly wrote a single word on the board.

I read out the word: “Laboratory.”

“No, Lab-a-tory. You see, we say Lab-a-tory here,” he said kindly. There was nothing offensive about his gesture; it was well-meaning. But I felt embarrassed and angry and my face flushed.

I thought of all the corrections I had endured since arriving in the U.S., the constant questioning of my accent. No statement frustrated me more than, “Oh, you speak such good English!” as if this were a terrific accomplishment when, in fact, I thought, spoke and emoted in English for as far back as I could recall. I was also tiring of cracking jokes where an American would say to me, “I like your accent,” and I would quip, “And I like yours.”

But I soon began to realize that my struggles with being accepted as a native English speaker in America were also wrapped up in my own complicated relationship with English and Hindi. Growing up, I spoke only in English with both my parents, I read English books, and all my early literary influences were drawn from England, whether it was Enid Blyton or James Herriot. The primacy of English was never questioned, and the language and ways of those who brought it to India, was what we all aspired to. I nonetheless acquired Hindi, likely subliminally since I was surrounded by it. Although it was the vernacular of the house-help, the vegetable hawkers, and shopkeepers, it was understood that at home we would all speak with each other in English, and in the “Queen’s English,” no less.

I also understood Punjabi, my family’s mother tongue, but never felt comfortable enough to speak it even though both my parents conversed with my grandparents in a mix of Punjabi, Hindi, and English. It seemed that with each generation, we were moving away from our linguistic roots and toward an existence defined by an Anglicized culture — in our language, in our food, in our books, and even in our educational aspirations: the crowning glory of a degree from the U.K or the U.S.

Language was much more than just a means to communicate. In India, the way one spoke English said everything about that person’s regional origins, their family background, where they had studied and — in short — where they stood in the hierarchy of Indian society. At the boarding school I attended, even though we were required to take Hindi and Sanskrit classes, we were dissuaded from speaking Hindi and it was considered cool to say, “Oh, my Hindi is very bad!” English was the language of refinement and Hindi was the language reserved for something less civil and almost beneath us. We mocked those teachers who couldn’t pronounce certain English words correctly, or who mangled the language. There was the perennial joke about the teacher who instructed a student to open the windows of the classroom to “let the climate in,” when all he wanted was some fresh air. Or, worse yet, the commerce teacher who caused a scandal when he said, “You love commerce, and I will make love to you,” when what he meant was that he would love it if his students appreciated the subject of commerce as much as he did.

As I struggled to have my English understood in America, a funny thing happened: I began to speak in Hindi much more often than I ever had before. Most of my Indian friends in North Carolina were from different corners of India and spoke different Indian languages. Ironically, English was the only language many of us had in common, thanks to India’s colonial history. But with those who did speak fluent Hindi, I found myself using it more and more for it not only proved to be our own special and secret language when in public, but it also provided a link to India and home.

But most importantly, being in America was forcing me to confront my biases and to step outside my bubble of misguided elitism. America had the unintended consequence of leveling the playing field amongst us Indians, where no one was judged any longer on their last name, a giveaway of caste and social status in India; nor by the shade of their brownness; nor whether or not they spoke English with the proper accent. We were all starting out from scratch, building our own version of the American Dream, where what mattered most was talent and the willingness to work hard. While back home the social boundaries amongst different Indians were clearly drawn, they were blurred in the U.S. — to most Americans we Indians were all one and the same, foreigners and outsiders who looked and sounded different from them yet were indistinguishable. This shared foreignness unified me with all the Indian students across campus in the most unexpected of ways.

As Mr. Grant stood before me that morning, chalk in hand, I could have apologized for my accent, and I could have offered to correct my pronunciation. Instead, I thanked him for his comments and shared with him the lesson that I myself was learning: we may all have different accents, whether it was someone from the U.S., the U.K., Australia, New Zealand or India, but we all just needed to try a little bit harder to understand each other.

Rajika Bhandari is an international higher education expert, nonprofit executive, and writer based in New York. This article draws upon her forthcoming book on the international student experience in the U.S., due out in 2021 by She Writes Press.

A Melody On All Lips: The Loss of S.P. Balasubrahmanyam Cannot be Filled in One Generation