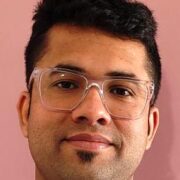 The history of Indian indenture in South Africa is scarred with endless narratives of physical violence, psychological exploitation and sexual abuse. Though a majority of the historical records claim that the Indians were first brought as laborers to South Africa by the British in the 1860s, but it was through the Dutch colonizers that the Indians arrived in South Africa in 1684 as slaves. According to the article “Indian South Africans” over 16,300 Indian slaves were brought to South Africa in 1684 and the process continued till slavery was abolished in 1838. However, due to lack of thorough recordkeeping by the Vereenigde Oostindische Compagnie (Dutch East India Company), this narrative remains ignored.

Unlike the Dutch East India Company, the British East India Company prepared gender-wise, age-wise, and geography-wise records of the indentured Indians in South Africa. Such records reveal that along with Indian men a lot of Indian women of diverse age groups were brought to South Africa. But, the historical narratives around the Indian indenture in South Africa are heteropatriarchal in nature and the experiences and contributions of the women have been deliberately ignored. Joanne Joseph’s novel ‘Children of Sugarcane’ interrogates this deliberate ignorance and makes a meticulous effort to unpack the various ways in which Indian indentured women experienced tremendous tortures and sufferings in the sugarcane plantations.

Despite being a novel, the characters, places, experiences and the events are absolutely real in nature. To elaborate further, the social, cultural, geopolitical, racial and the judicial experiences of the characters mirror the original experiences of the indentured Indian women in South Africa. The novel begins in medias res, with Shanti remembering and re-membering her painful past in India and South Africa. As a teenager, in order to escape her marriage, Shanti ran from her village Vakkuruti in India to gain a passage as an indentured laborer to Natal in South Africa.

The whole purpose of running away was to disentangle herself from the clutches of caste, caste and gendered prejudices that she has been experiencing in her village since her childhood. Until she meant Aunty Saras, a high-caste woman in the village of Vakkuruti, education was a distant dream for her. It was through Aunty Saras that she learned the necessity and the possibilities of questioning the social, cultural, caste, class and gendered hierarchies around her. Though Shanti was reluctant at the beginning due to fear of being criticized by her family and neighbors, with the passage of time she realized the importance of getting educated and how it has positively impacted her transformation in the course of her life. Without Aunty Saras’ mentorship, Shanti probably would have never realized the importance of independence and self-dependency.

But the unsettling experiences while travelling to Natal and in Wilson’s farm (a sugarcane plantation owned by Wilson) as encountered by Shanti and his friends outline how Shanti’s dream of independence and self-dependency failed to realize. The caste, class, gendered and economic sufferings at Vakkuruti got reconfigured as sexual, racial, and emotional sufferings in Wilson’s farm. On several occasions, Shanti was subjected to beating at Wilson’s farm by the Sirdar (referred to the Indian caretakers in the plantations) for not being able to live up to the expectations of the farm owners.

Besides Shanti, Latchmi, Devi and several other indentured women in the farm underwent similar experiences. Besides physical abuse, Shanti was also subjected to sexual abuse as she was raped multiple times by the farm owner Wilson. As a result, she became pregnant with Wilson’s child. Unable to bear the trauma and torture of rape, Shanti murders Wilson. The murder of Wilson unfolds another episode of sufferings in the hands of the corrupted colonial judicial system in South Africa that methodically victimized the criminals and criminalized the victims.

The kangaroo court trials of the British judicial system made every effort to diminish the charges of rape that was brought against Wilson by Shanti and her lawyer. Moreover, the court also made efforts to present Shanti’s effort to abort the child with Wilson as a criminal offence equivalent to murder. In spite of several efforts, Shanti is charged with murder and is ordered hanged till death. But, with the kind assistance of Father John and Devi, she escaped from the prison and boarded the ship back to India. Another pleasant surprise waited for Shanti, before she left for India. Prior to boarding the ship, Father John handed over her new-born daughter, whom she thought had aborted. Shanti boarded the ship with her and named her Shakti.

The non-linear narratives in this novel unpack how the indentured experiences of the Indians in general and the women in particular have been culturally, racially and politically transoceanic, porous and fluid in nature. The simultaneous performances of sufferings and resistance of the Indian women in the novel expands across the Indian ocean from India to South Africa and back. The names of the characters like Shakti (strength), Shanti (peace), Devi (goddess), Saras (lake/pond) and others are representative of their individual characteristics and their porous and fluid outlook towards life. Despite suffering in the hands of colonization, caste, race and patriarchy, these women never ceased to resist.

The performances of resistance of the Indian indentured community in South Africa appears to be an inconclusive process and it continues to date. Today, the hangovers of the indentured experiences continue through sexual abuses, physical violence, racial dehumanization and economic marginalization of the Indian women in the hands of their male partners.

Altogether, on the one hand, this novel is a powerful addition to the existing heteropatriarchal archives of the histories of the indentured Indians in general and South Africa in particular, and on the other hand this novel is an extension of solidarity to every indentured woman in the world. Let the submerged herstories be excavated and narrated loudly.

Sayan Dey grew up in Kolkata, West Bengal, and is currently working as a Postdoctoral Fellow at Wits Centre for Diversity Studies, University of Witwatersrand. He is also a Faculty Fellow, The Harriet Tubman Institute, York University, Canada. Some of his published books are: “History and Myth: Postcolonial Dimensions”(Vernon Press, 2020), “Myths, Histories and Decolonial Interventions: A Planetary Resistance” (Routledge, 2022), and “Green Academia: Towards Eco-friendly Education Systems” (Routledge, 2022). His areas of research interests are postcolonial studies, decolonial studies, critical race studies, food humanities and critical diversity literacy. He can be reached at: www.sayandey.com