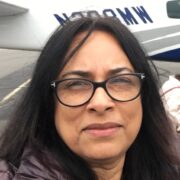 The Mindset of Force: Egregious Fallacies in American Understanding of Terrorism in Afghanistan

There’s something utterly crazy about the upcoming gubernatorial recall elections in California. It’s the idea that an elected governor could be removed from office, and — if enough voters opt to recall the current governor — a new person can be instated by a margin of a single vote or more. Think about that for a moment. A solitary extra vote could determine the fate of the largest economy in the United States and the fifth-largest economy in the world.

When an electoral process can be subverted in this slapdash fashion, the results will hardly be foolproof. But the question to ask is how have we come to this point, what are the pitfalls ahead in this recall process, and why does it matter to San Francisco?

As California Secretary of State Shirley N. Weber explained during an ethnic media briefing, while the recall effort officially launched June 10, 2020, it was only on April 26, 2021, that the threshold — 12.5 percent of all who voted in the last gubernatorial election — was met with 1.5 million signatures.

Another 30 days was allowed for the signatories to change their minds. Instead, more people tacked their names to the petition, resulting in 200,000 more signatures than needed. As a result, on July 1, 2021, it was certified that the recall election was going to take place.

Most who signed the petition for recall of Gov. Gavin Newsom came from Southern California, with Los Angeles county leading with 264,000 signatures, followed by Orange County with 215,000 endorsements. A little over 9,400 signatures came from San Francisco county, which is a trifle over 1 percent of The City’s population.

It is evident that most of The City’s residents are not in favor of a recall. Veteran journalist and author Christopher Cook, a San Francisco resident, calls the recall “absurd and unjustified.” Yet since the ballot is arriving in our mailboxes this week, the election is now in the foreground of our political landscape.

A recent poll conducted by Survey USA and the San Diego Union Tribune found that 51% of respondents were in favor of recalling Newsom. And a poll by UC Berkeley Institute of Governmental Studies predicted that, among those who expect to vote, more are likely to vote in favor of Newsom’s recall. These are alarming predictions and point to why we must participate in the governor’s recall election.

“Sometimes people think that not voting is just a neutral act. Well, it really isn’t. It’s a negative act,” said Secretary Weber. That’s because we could end up with a governor who doesn’t share our values or is completely unsuited for the job.

While not voting could have adverse outcomes in the gubernatorial challenge, not answering the ballot in its entirety also could have unintended consequences.

Q1: Do you want to recall the governor?

Q2: Who do you want to replace the governor?

If more than 50 percent vote against the governor’s recall, then the second question is moot.

If more than 50 percent vote for the governor’s recall then whichever candidate gets the most votes for the second question would become the next governor. Please note that the winner is not one who gets a substantial majority, but just plus one vote or more.

By casting a vote in the recall election, we are saying that we care about the outcome. In that case, we must also pick the best out of the 46 replacement candidates in the second question (and Newsom is not one of them).

Otherwise, we could get a Larry Elder who scoffs at climate change, minimum wage laws, disproportionate arrests of Black men, dangers of secondhand smoke and vaccine mandates; or Kevin Faulconer, a Trump supporter who continues to maintain his allegiance despite the events at the U.S. Capitol on Jan. 6; or Kevin Paffrath, a 29-year-old Youtube star also dubbed a “landlord influencer” — all frontrunners at the moment.

Look, I’m not a big fan of Gov. Newsom. He makes some poorly thought-out personal decisions and his privilege blinds him far too frequently. But we elected him to the office by a decisive 61.9 percent share of the vote, and there are some solutions he has initiated that I want to see come to fruition: About 21 million Californians are fully vaccinated, which is the most in any state; he has allocated $10.3 billion in affordable housing spending; the eviction moratorium has been extended through September, directly affecting 26,691 San Francisco households behind on rent; he has earmarked $156 million to combat violence against Asian Americans, and he has mandated that the health of our young children be protected by requiring school staff present proof of vaccination or undergo weekly COVID-19 testing.

“Recalls should be limited to breaches of office, serious misconduct or corruption, not political disagreement,” Cook commented. That’s absolutely true. The case for the governor’s recall is weak, but nevertheless, we are now in the middle of a battle not of our choosing. The only way forward is to participate in the recall election and answer both questions on the ballot.

Relationships 101: The Importance of a Truthful Commitment However Difficult it Maybe

15 Minutes of Fame or What? How Past Indian American Spelling Bee Champions are Doing Now