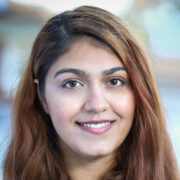 We all have experiences of crazy and weird people we work with, but have you wondered who hired them, and whether they knew this person to be crazy or were just ignorant and wanted to fill the position? We bring to you a new office comedy about such a situation and we are sure it will tickle your funny bones. Please enjoy our COVID pandemic special!

This idea struck us in the middle of the desperate times when I was suffering long hours and one of my friends, Michael Chabbler, who co-wrote this script was fired and was struggling with finding a job. Michael is an upcoming playwright and he wanted to express his frustration with job hunting, the standard interview questions and working alongside crazy people. I loved the idea and asked him to come up with a draft involving his experiences.

Michael wanted to make fun of this and write dialogues that only he wishes he could say in interviews. We particularly got stuck on one mocking question the interviewers love to ask: “Where do you see yourself in five years.” We wondered how managers in a capitalist society expect job applicants to have Five Year Plans. It’s especially absurd because we work in a world where any one of us could be fired or laid off at any moment, no matter how well we are performing in our jobs. Yet, hiring managers expect to hear how we are willing to commit our lives to the firm.

Additionally, when you work some place long enough, you might have gone through a process to get your position. But then they hire some guy who’s completely insane. You wonder — did he have to go through the same process I did? And there you are doing this person’s work or fixing his work, plus still doing yours and trying to be reasonable with someone who is unreasonable and a bully. He will chase clients away and threaten the whole firm’s prospects, and no one will say a thing. And now we live in a world where insanity along with The Will to Power, is dominating more and more of our reality.

We workshopped the satirical comedy aspect of this script until we were happy and then sent it to our closest family, friends and mentors from the Dramatists Guild of America for their opinion. Since this was the first major project for both me and Michael, we wanted to test waters in acceptance of our project.

The script was read as a play in front of the National Writers Union in NYC for our monthly meetings. We were nervous about pleasing the tough crowd of aspiring writers and playwrights, but we felt relieved when they just laughed out loud. Me and my friends even performed the piece in workshops at Theater for The New City. Someone from the local chapter of Mystery Writers of America saw the performance and invited us to perform at Plays and Pizza. It was a monthly event where equity actors performed different plays.

“The Interview from Hell” is my first project as the sole producer and lead actor, and since our script was well received, I had a lot of pressure in bringing on board a director who could best present our story in a short film. Frank DeChirico is a mentor I made during my first NYFW and I sent the script to him. He has experience of directing and loved this script so much that he decided to make it his Directorial Debut. He assisted me in auditioning for the interviewee Tom.

We had a number of actors but did not find our Tom until we saw Michael explain the script to one of the actors. The look in his eyes as the character was so profound that we felt the script come alive.

Supreme Injustice: All the Advances of Modernity Cannot Help Women If Law of the Land is So Brutal

We shot the script during COVID on a Saturday in a private office space owned by some family friends in New Jersey.

Due to COVID everything was shut down and our processing of the script became impossible. We had to connect to our network of friends in editing, adding background music and finessing it to submit to film festivals. It took us 2.5 months from March to May to complete post-production and the first week of June we started submitting it to the film festivals. So far, our film has been selected in numerous festivals and been a finalist in a dozen festivals winning awards like Best Director and Best Audience Choice Award.

Sameeksha Laveaux Katyal is a New York-based filmmaker, actor and writer. She has been actively involved with the Chelsea Repertory Lab at the Acting Studio where she trained in Meisner Technique and has been a part of numerous off Broadway theatre festivals. In 2020, she acted and produced her third major short film, “The Interview from Hell” an office comedy which gained over a dozen selections at Film Festivals and numerous awards like the Best Director and the winner of the Best Audience Choice Award in August 2020 at the Direct Monthly Office Film Festival. Follow her on Instagram @sameeksha.lav for more information and links to her short films.