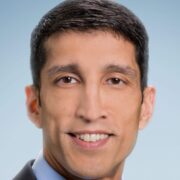 A Mainer’s Plea: I Could Do with a Little Less Mail-Bombing From Sara Gideon

The authors of many published articles and opinion pieces in the current digital and print media systematically resort to stories about India and its ruling party as a problem needing to be fixed. Recent laws enacted in particular have raised the ire of Western commentators. After actually reading the verbiage in these laws and the policy decisions behind their passage, we can see how propaganda can mislead the public. This propaganda finds its source in a rising tide of Hinduphobia, which even led to personal attacks against the first ever Hindu American U.S. Presidential candidate, Tulsi Gabbard.

A stark example this past year is the media’s attention to India’s Citizenship Amendment Act, or CAA, and the protests surrounding its passage and implementation. The CAA act is falsely characterized as “exclusively targeting Muslims” and “favoring every major religion in South Asia except Islam.” An actual examination of the wording reveals that this couldn’t be further from the truth. The law allows fast-track citizenship to oppressed religious minorities from three geographically surrounding Islamic countries, namely Pakistan, Bangladesh, and Afghanistan, where Muslims are a majority and minority religious groups suffer from ongoing gross human rights abuses. The CAA provides legal status to persecuted Buddhists, Christians, Hindus, Jains, Sikhs, and Zoroastrians (Parsis) who arrived in India on or before December 31, 2014, from the three neighboring countries, and reduces the residency requirement for naturalization from 11 to 6 years. This is hardly a ‘free-pass’ to citizenship for those groups.

The CAA does not affect current citizens of India, including Muslims, who make up 14% of the Indian population (i.e., the second-largest Muslim population in the world). The CAA was passed by both houses of India’s democratically elected Parliament and signed into law by the President. This is not “Modi’s law” or “BJP’s law;” this is a law passed constitutionally by the largest secular democracy in the world. As with the United States, India has the full right and responsibility to act on the status of refugees within its borders. Furthermore, the CAA is no different than our own U.S. law, the Lautenberg-Specter Amendment. It is clear that this law is certainly not a revocation of citizenship to any Indian.

Reports critical of India often concurrently cite the National Registry of Citizens (NRC) as an act of usurpation of power by the nation’s ruling party. This act has a decades-long history in India. Suffice it to say, its origins go back to 1951 in early post-independent India under the rule of the Congress Party. The registry was mandated by the Supreme Court of India and finally implemented by the current BJP party. This act was a result of the Assam accord of 1985. Its sole purpose was to identify the immense number of illegal immigrants that migrated into Northeast India, largely Assam, from Bangladesh. This is analogous to the U.S. identifying illegal immigrants from Mexico to prevent them from obtaining government benefits and voting, and of course potentially leading to their deportation.

There exists a long-standing misrepresentation of any Hindu supporter of BJP policies as belonging to a “Hindu Nationalist,” “Hindu Extremist,” “Hindu Right-Wing,” “Hindu Supremacist,” or worse yet “Hindu Chauvinistic” party. These terms are too often used, patently Hindu-phobic, and are never seen in the mainstream media to describe other political parties. The BJP simply means “India People’s Party” and refers to anyone who is nationalistic. This definition includes members of any religion that feel that the country comes first, before any other allegiance. As such, the BJP is strongly opposed to the separate laws that exist for various minority religions in India, which result in the lack of a uniform civil code, something that is unthinkable in the United States.

For example, Indian Muslims still benefit from the separate Sharia laws that are legally authorized in India, including the ability for a man to divorce a woman by declaring the word “Talaq” 3 times — which was finally struck down in 2019 under the current administration. Though this Muslim law was nullified, the Muslim Personal Law in India is still active in many other ways, including allowing multiple wives for Muslim men, and allocating inferior inheritance rights for Muslim daughters versus sons. Many self-serving groups actively malign the BJP for the latter’s attempts to remove such laws to restore fundamental human and women’s rights to people of all religions, in order to create a truly secular state. As such, one can see how vested interests can create propaganda against the BJP as being ‘anti-Muslim.’

Another example of religious favoritism of Indian Muslims is that, until 2 years ago, the government of India actually subsidized the cost for an enormous number of Indian Muslims to go to Saudi Arabia every year for the Haj pilgrimage. This funding was declared unconstitutional by the Supreme Court of India and finally ended 2 years ago, an action long sought by the BJP government under Modi in the interest of secularism and separating church from state. No such payments have ever been made to any Hindus or members of other religions for any religious observance. Once again, opposition groups decry the BJP and Modi as anti-Muslim, despite the fact that the minority minister, a Muslim, has stated that the goal is to “empower minorities without appeasement,” and that the government has pledged that funds saved will be used for the education of minorities, particularly girls.

Going even further are national laws in India that are inherently biased against Hindus, such as The Hindu Religious and Charitable Endowments (HRCE) Act of 1951, which allows the government to take over temples, maintaining complete control over them and their properties. On the contrary, all other religions can manage their own temples, including having complete autonomy over their profits and expenditures. Governments in India often can and do appropriate monies and properties of temples for their own selfish purposes, but have no authority to do so over mosques or other places of worship.

In 2019, Prime Minister Modi, as head of the BJP party, won a second term in office with the largest majority ever since India’s independence. Modi was elected to a second term with the votes of more people than any other elected leader in the world, more than even the entire population of the United States. It is his nationalistic agenda that opposition groups such as communists, leftists, and anti-nationalists including Islamic extremists, falsely claim is a Hindu agenda. The authors of many current articles often state that Modi and his party’s actions fit in with their Hindu nationalist agenda, ie, with Hindutva. Such blanket statements unfortunately serve as propaganda for the uninformed, and further propagate a colonial mentality that attempted to subjugate Hindus and castigate them for their beliefs. A brief look into the historical origin of the term ‘Hindutva’ will help explain.

First coined in 1923, Hindutva represented the reemergence of a sense of pride in a millennial-old religion that, contrary to Western (at that time mainly British) ridicule, was not rooted in polytheistic worshipping of false gods and idols, but rather in the universal Sanskrit monotheistic truth that “all paths lead to one God” (Ekam sat viprah, bahudha vadanti). Hindutva for Hindus has long been used to reinvigorate a sense of pride in being Hindu and living a Hindu way of life, which views people of all religions with respect. Hindutva by definition cannot imply superiority of Hindus, since there is no such concept within Hinduism itself. Hindus should be allowed to be proud of their religion without facing backlash. Just like the Black Lives Matter movement suggests, when we loudly chant “Black Lives Matter’, in no way are we saying that other lives don’t matter.

Dr. Rahul Pandit is an Associate Professor of Clinical Ophthalmology at the Blanton Eye Institute, Houston Methodist Hospital, Houston, Texas. He is a Past-President and current Director of Communications of the Indo-American Kashmir Forum, or IAKF, a national non-profit advocacy group established in 1991 to highlight the oppression against Kashmiri Pandits that led to their forced exile from Kashmir. He currently serves on the Houston committee of Hindu American Foundation (HAF). Views expressed are those of the author and do not reflect any of the institutions he may be associated with.