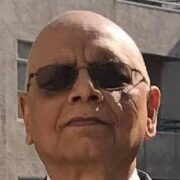 On May 2, 2022, a draft copy of the Supreme Court decision on abortion rights, written by the far-right extremist Justice Samuel Alito, was leaked to POLITICO. It states that “Roe was egregiously wrong from the start…We hold that Roe and Casey [the 1992 decision affirming Roe] must be overruled.” If this opinion becomes reality, which is likely to happen with six out of nine justices favoring it, it will mean that abortion will be banned or extremely limited in at least 26 states, and the right to bodily autonomy will be stripped from tens of millions of people—especially low-income people and communities of color—across the United States.

The following quote from an article, “Alcohol Prohibition Was a Failure”, dated July 17, 1991, by Mark Thornton in cato.org., indicates how the national prohibition of alcohol from 1920 to 1933 turned out to be a colossal failure.

“National prohibition of alcohol (1920–33) — the “noble experiment” — was undertaken to reduce crime and corruption, solve social problems, reduce the tax burden created by prisons and poorhouses, and improve health and hygiene in America. The results of that experiment clearly indicate that it was a miserable failure on all counts. The evidence affirms sound economic theory, which predicts that the prohibition of mutually beneficial exchanges is doomed to failure. The lessons of Prohibition remain important today. They apply not only to the debate over the war on drugs but also to the mounting efforts to drastically reduce access to alcohol and tobacco and to such issues as censorship and bans on insider trading, abortion, and gambling.”

The quote does imply that an abortion ban would be as unsuccessful as was the prohibition of alcohol in the past. Studies show that restrictions on abortions do not reduce the number of abortions; instead, the number of unsafe abortions goes up.

Being a firm believer in Hinduism, I have never been personally a supporter of abortions, especially, because non-violence is one of the cornerstones of Hinduism and abortion is indeed a violent procedure, but I have always supported Roe v. Wade because I support the right to privacy.

Out of curiosity, however, I tried to study the issue of abortion through the lens of Hinduism, especially, for the benefit of my fellow Hindus and myself. After an extensive literature search, I came across the following article that provides the gist of how Hinduism perceives the issue of abortion.

“What Hinduism says about abortion Article” by Sathya Naryanan, October 24, 2016. Here are his views:

What Hinduism Says About Abortion

Hinduism believes that all life on the earth is sacred and is to be revered and loved. A famous hymn says, “Sarva Jiva Namaskaram Keshavam Pratigacchati; Sarva Jiva Tiraskaram Keshvam Pratigacchati (The respect as well as disrespect given to any life verily reach God).

This view underlines the importance of practicing non-violence in thought, word and deed against any life whatsoever. Since every life is considered the divine manifestation of the Supreme Being, Hinduism has been strongly voicing against abortion as evident in a large number of scriptures, texts and views.

The progression of a soul’s journey

Hinduism says there are 84 lakh (8.4 million) species on this earth. Through its successive births, the human soul journeys through lower births to higher births progressively and gradually rising through plants, fish, insects, reptiles, birds, animals and humans finally ascending to the level of gods.

While a soul evolves and progresses towards uniting with the divine, abortion, like any other act of violence prevents a soul’s progressive journey.

From the earliest times, Hindu scriptures have abhorred abortion vehemently unless the life of the mother is in danger due to the fetus. Hinduism believes the fetus is a living entity, a conscious being and deserves to be protected. Hindu scriptures condemn abortion as garbha-batta (womb killing) and bhroona hathya (killing the under-developed being).

Views on abortion during modern times

Mahatma Gandhiji, the greatest apostle of non-violence asserted in his writings, “It seems to me clear as daylight that abortion would be a crime.”

Hinduism Today, the international periodical opines, “Across the board, Hindu religious leaders perceive abortion at any stage of fetal development as killing (some say murder)…and as an act that has serious karmic repercussions.”

Swami Kamalatmananda of the Ramakrishna monastery of Chennai states, “No human being has the right to destroy the fetus. If having a baby is economically and socially problematic, one can very well take precautions to avoid such unwanted birth rather than killing the baby. Precaution is better than destruction.”

Bhaktivedanta Swami Prabhupada says, “They are killing the baby in the womb. How cruel! In this age of the unwanted population, man is losing his compassion. When you kill a living entity, even an ant, you are interfering with its spiritual evolution, its progress. That living entity must again take on that same life form to complete its designated life term in that body. And the killer must return to pay for damages.”

Though the several anti-abortion movements of the West are non-Hindu, they are based on similar ideas where they insist that abortion is the ultimate kind of child abuse and is born out of the human insensitivity toward the budding life. These movements also urge that legalization of abortion will lead to the devaluation of human life and shall give way to accepting infanticide as well as euthanasia.

In the end, I must reiterate that while I am personally against abortions, in general, because my conscience does not allow me to accept it, I am supportive of the right to privacy, therefore, I strongly believe that the Democrats should try to win a filibuster-proof Senate majority and maintain a majority in the House so that they can make Roe v. Wade a settled law of the land.

Pradeep Srivastava is a retired engineer with diverse interests and a published author for over three decades.