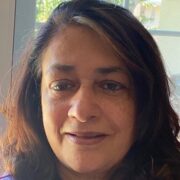 Gyanvapi Mosque: The Fight in Varanasi Today is Not a Dispute Over Well-Settled History, But Rather a Legal and Civilizational One

“This is so wrong!” I responded to a post that was forwarded to one of my WhatsApp groups. Once again the entire blame of a specific individual was leveled at an entire community. Behind the anonymity of the sources of forwards, one more article of misinformation landed in between family conversations about mundane matters. Now imagine if this happens regularly — every day, continuously.

More often than not, people will stop to trace back such stories to reliable sources — especially if the person who is forwarding them is highly respected and well educated. Suddenly this beast of lies and deception will have a life of its own and forge ahead. Each time a new follower identifies himself/herself with their own misery, which again might be inflated, this beast adds one more feather to its cap.

Years ago, in August of 1992, I was transferred from my Delhi office to the headquarters in Bombay, as it was known then. I was excited as well as apprehensive, being new to the city, but did find a place to stay, with a common friend I got to know shortly after I moved.

Then Babri Masjid demolition happened. It was one of the most terrifying events I have ever lived through. Our area was close to Mohammed Ali Road. Hindus and Muslims had peacefully coexisted here for years with minor flashpoints that occasionally disrupted everyday lives. Yet Bombay became the rallying point for the local government and then, suddenly, I found that many of the people I thought I knew had that deep-seated bias against Muslims — things like “they don’t believe in contraception”’ to “they insist on conversion when marrying Hindus” peppered my conversations.

I was labeled as a ‘Muslim sympathizer’ when I tried to interject logic into my arguments — “Do you personally know if any Muslim who has more than 2 or 3 kids?” (No) or “Do you know any Hindu Muslim married couple where one was coerced to convert?” (No). In fact, Muslims’ fertility rate has seen the sharpest decline among all religious communities over the past two decades, per the data from the National Family Health Survey (NFHS), conducted by the Ministry of Health and Family Welfare.

As a kid, I was often told I could marry anyone except a Muslim — and I never gave much attention to it other than “I’ll do as I wish!” But over the years these deep-rooted biases have grown — I found that most people I grew up with have taken a more radical path. They like to call themselves conservative, but in my mind conservatism doesn’t align with the idea that you treat your fellow human beings as pariahs.

Having lived through the 1992 Bombay riots, when I first heard about the 2002 Godhra riots, I knew it was politically instigated. I had concerns when Narendra Modi quickly distanced himself from it as he rose to power, more so after the CAA was introduced, where Muslim countries were excluded. And thereafter began the barrage of WhatsApp forwards from family and friends — how Sharia law was infiltrating common law, how Muslims were unpatriotic and ‘jihadis’ and how eating beef was an insult to our culture. My rational explanations were dismissed.

I was warned that Sharia law would overtake the U.S. legal system — they scorned my faith in our constitution. “Look what’s happening here in India!” I was told. “Why? Have you faced any issues following your religious activities or did anyone stop or harass you?” I asked, but didn’t get any reasonable answers.

The misinformation started building up and my every counteract got me further insults — including doubts about my mental condition. Yet I didn’t step back. These are educated people — engineers, doctors, armed forces personnel — who somehow put their rational thinking and logic aside and embraced the notion that India is under attack from some of its own citizens. That Muslims have been part of our history for nearly 1,000 years was not even acknowledged. They made India their home and adapted its culture while giving back to it as well. They fought the British to protect the only place they called home — and yet they fell short.

And these very people remain silent about how the British looted India systematically and never settled in India but transferred its wealth back to the crown. About 15-20 million Indians died of starvation in 1943 as tons of wheat were exported to Britain as famine raged in India. In Jallianwala Bagh 1,000s of protestors were killed within 10 minutes by the British army. None of these facts mattered.

Close Encounters of the Brown Kind: Hollywood is Finally Paying Attention to Desis

Not only that, I’m slowly seeing history and fiction blending into one another — where the facts end and fiction begins is becoming impossible to figure out. As a noted historian recently said, “attempts are being made to legitimize the currently popular, distorted history to defend political ideology.” A blend of history and mythology has become common and our epic poems, especially the Ramayana, are touted as an accurate reflection of historical reality. According to The Indian Express, between 2014 and 2018 1,334 changes were made to 182 textbooks put out by the NCERT between 2005 and 2009. Suddenly Aryans are “originally from the Indian subcontinent”

In Rajasthan, school textbooks changed the outcome of the Battle of Haldighati, fought between Maharana Pratap and Akbar, from the historical record of a stalemate to portraying a victory for Pratap. It is trying to obliterate the contributions and legacies of the Mughal Empire.

“A section of the right-wing is weaned on fake news, false history and a sense of Hindu loss and victimhood,” says Delhi-based historian Rana Safvi. The dominant, political ideology of Hindutva is being used as a tool to access power by manufacturing a politically suitable version of history and is aimed at consolidating Hindu votes.

Shamita Tripathy works part-time as a financial analyst after giving up her full-time corporate finance job. She is vociferous about social issues close to her heart, especially when it comes to women, children and marginalized people, and sometimes volunteers with local and political organizations. She enjoys traveling and loves to paint in oil medium.