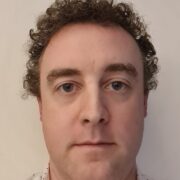 The Spy Who Loved Me: ‘Mission Majnu’ is a RAW Homage to India’s Foreign Intelligence Agents

I first met Sharad Yadav in 2014. I had not heard of him before then, but I will never forget him now. I learned about anti-caste heroes like Jotiba Phule and Babasaheb Ambedkar. Sharad Yadav merits a place alongside these great men.

Yadav was a grassroots leader who became a lifetime politician and, in this capacity, he won a major victory for the implementation of the Mandal Commission Report in 1990, which paved the way for job reservations for the Other Backward Castes (OBC) and secured a means to power for communities which had been deprived of it for millennia.

Yadav was more than just a politician. My interactions with him were never political, but in connection with our caste reconciliation work, and it is from that perspective that I write.

He was a deeply spiritual man who derived his ethics of justice from Indian sant-poets like Kabir. Like most young Indians, he began with ideas of socialism and its promise of equality and justice for the OBC/SC/ST. He was a follower of socialist ideologue Rammanohar Lohia. However, by the time I met him, he had begun to drift away from socialism and towards the ideologies of Phule and Ambedkar.

Ambedkar holds a powerful place in the Indian political scene. His face adorns every poster and every party claims his legacy. However, precious few have actually read Ambedkar’s works and analyzed his harsh criticisms, particularly of Brahmanical Hinduism. Sharad Yadav proved himself to be Ambedkar’s disciple when he celebrated Ambedkar’s burning of the Manusmriti in his home on 25 December 2014. Dalits have routinely burned the Manusmriti in solidarity with Ambedkar, but precious few of their Shudra/OBC brethren join them in this. Sharad Yadav was one such OBC.

Sunil Sardar seemed to be most impressed with Sharad Yadav’s desire to reconcile the castes. He had a slogan: “from caste to community” that he repeated ad nauseam. He desired the reconciliation of the OBC with the SC/ST to create a new Indian community and he created even small changes that had a significant impact. For instance, he had a sign on his home that said “don’t touch my feet.” Indian tradition involves low castes touching the feet of upper castes. Yet, Yadav, who came from the OBC community, did not want the Dalits to touch his feet. Rather, he touched theirs.

We Americans value personal integrity in our leaders. We want leaders to say the right thing, but, more importantly, to be people of virtue and integrity. Sharad Yadav acted on his beliefs. As Truthseekers International held caste reconciliation programs around North India, Yadav attended them to show his support for caste reconciliation and the removal of Manu Dharma from Indian soil.

India, much like America today, is a very partisan country. The predominant political parties refuse to work with each other. Yet, Sharad Yadav established himself as a political peacemaker. All sides respected him. Political leaders who came to pay respects to the departed leader included Rahul Gandhi of the Congress Party, Amit Shah of the BJP, Chief Minister of Madhya Pradesh Shivraj Singh Chouhan of the BJP, and Digvijay Singh of the Congress Party.

Sharad Yadav was born in a backward caste family classified as Hindu. However, the influences of Kabir, Phule, and Ambedkar made him a spiritual person instead of a religious person. He did not view Indians as either Muslim or Hindu, nor did he operate out of an “us vs them” mentality. He prayed and regularly sang Kabir’s dohas, but he never visited temples, gurudwaras, mosques, or churches. I cannot stress enough how exceptional Yadav was for supporting religions other than his own. It is exceedingly rare to find such individuals these days.

He also launched Kancha Ilaiah Shepherd’s Hindi translation of “Post Hindu India” entitled “Hindutva Mukta Bharat” at Jawaharlal Nehru University in Delhi in 2017. This is one of the most contested books in modern India and it was taken to the Supreme Court of India with a demand that it should be banned. But the court refused the ban and it became a bestseller. No other politician, having established himself in his politics, would have promoted such a controversial book. The fact that Yadav did so is a testament to his commitment to a casteless India.

I believe Yadav’s legacy will unfold much as Ambedkar’s has. At the time of Ambedkar’s death, outside of the Mahar community, very few in India gave him much respect. Yet his legacy has grown to eclipse all of India and compete with that of Mahatma Gandhi and Jawaharlal Nehru. He is beginning to receive international recognition as well. The presence of exceptionally talented foreign scholars like Eleanor Zelliot and Gail Omvedt aided Ambedkar’s pan-Indian rise. I believe Yadav’s stature will be just as tall if we analyze his speeches in Parliament and his actions outside of Parliament. He does have two things working against him, however: he did not write as Ambedkar wrote, and he confined himself to Hindi instead of English. The lack of a literate, English-speaking class has been an Achilles heel for the OBCs.

After Yadav’s passing, it remains for his followers to bring to completion the work he fought for: reconcile the castes, create one community, and liberate the OBC/SC/ST from historical bondage.

Grant McFarland is an American citizen who married a Dalit Indian and has lived in Delhi for the past decade. He completed a B.Sc. in Computer Science and an M.A. in Indian History and is enrolled in a Ph.D. program from SHUATS in Prayagraj, Uttar Pradesh. He works with Truthseekers International for caste reconciliation, particularly between the OBCs and the SC/STs.