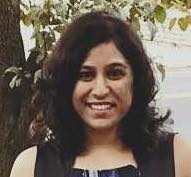 At approximately 4:14 p.m. yesterday, I received the text that finally shared the exciting news: “Joe Biden here. Big news: I have chosen Kamala Harris as my running mate. Together, with you, we are going to beat Trump.”

It is still surreal to think that in my lifetime, I would have the opportunity to vote for a female major-party vice presidential nominee in the United States that has an Indian name just like mine. “It’s empowering to see a South Asian woman to be nominated for a prominent position in government. It gives hope to me and other women who look like me to pursue their dreams without fear,” said Shreya Mahatwo, a recent graduate of Rutgers University.

Sen. Harris has been a trailblazer on her own accord. As a child of Jamaican and Indian immigrants, this native Californian was first elected to higher office as the San Francisco District Attorney in 2004 and continued to break barriers by becoming the first African American and Asian American Attorney General and United States Senator from California.

“I hope that the selection of Kamala Harris as Vice President shows young girls from immigrant and minority backgrounds that they are looking at a new status quo. I hope it inspires them to break barriers and challenge norms so that more women of color are elected into office,” said Shriya Brahme, another recent graduate at Rutgers University.

Asian Americans have played a significant role in electoral politics over the past few cycles. Pew Research recently showed that Asian Americans are one of the fastest growing groups of eligible voters in the country and more than 11 million of them will be able to vote in this year’s election. Furthermore, the number of Asian Americans that were eligible to vote doubled in the past two decades.

Indian Americans have become a significant voting bloc and in addition to donating to candidates, they have also started to mobilize and be more actively involved in the democratic process. According to AAPI Data, 50% of Indian Americans tend to be Democrats and we may expect that enthusiasm to soar due to Sen. Harris being added to the ticket.

“Picking Kamala Harris as vice presidential candidate, definitely gives Indian Americans and people of color the hope that they can also be leaders and policymakers, even in the White House. I will be taking the opportunity to get involved in this election cycle, and Sen. Harris represents the future of America,” said Bejay Chakrabarty, a senior at Rutgers University.

This November, we will be voting in one of the most consequential elections of our lifetime and a Biden-Harris administration will help restore decency and morality in our democracy. Many South Asians that I have spoken to feel revitalized and energized to see a woman of color on the ticket — it’s finally acceptable to have a “different” (or “weird” as many kids used to tell me) name and know that you still matter. As an immigrant, Indian American, and a millennial, this day is one many of our parents and grandparents were waiting for and we now have a chance to make history in November. Let’s get to work.

Nidhi Khanna is an executive board member of South Asians for America (SAFA), which is a voluntary organization committed to advancing the interests of the South Asian community. SAFA provides grassroots support and mobilization to elect South Asian candidates and works to address current issues and vocalize community support to further causes impacting the community. Most recently, she served as a Census Manager to help get New York City residents counted for the 2020 Census. Khanna has also spent over a decade working in electoral and issue organizing. She holds a B.S. in biology and philosophy and M.S. in environmental science.