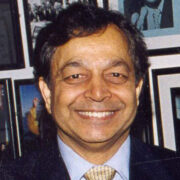 I think Kamala Harris is a great choice for Democrats under the circumstances, as they need an African American or a minority candidate, or a woman with fundraising capabilities and some administrative background, which she has.

In reality, she is not an Indian American, neither does she claim to be one, as she identifies herself as an African American or Black American. Her father is Jamaican and that counts legally.

Harris always said that she is Black and Baptist, possibly because African Americans constitute 15-18 percent vote bank in the U.S., compared to 1+ million Indian American votes or just 1.1 percent of the electorate.

Harris’s choice is historic for being the first Black woman and a woman with Indian heritage ever to be running for vice presidency of the United States, on the heels of racial turmoil that has rocked the nation post-George Floyd’s murder and creating a phenomenal worldwide movement of Black Lives Matter. This is possibly a fitting answer by the Democratic Party to showcase to the world that America, after all, is not a racist nation and Black lives do matter.

It is a fact that Harris has bitterly opposed Biden’s candidacy for the presidency in early part of the Democratic primary campaign, calling him a a racist who opposed bussing to integrated schools. Harris even scored surprising victories in early debates attacking Biden vehemently. Politics, however, makes strange bed fellows and there is no better example than Biden choosing Harris as his running mate.

Harris’s Indianness is very debatable. There are many  controversial stories about her grandfather participating in India’s independence movement or if he was just a civil servant in the British Raj; if she really spent time with her grandfather in Chennai in early childhood and his influence on her political leadership.

And there is definitely going to be splitting of votes as some Indian Americans will have tough decisions to make — if they have to be loyal towards a so-called  candidate of Indian heritage or support President Trump because of his pro-India stances.

Definitely many Indians are wary about the fact that both Biden and Harris have questioned the legitimacy of India revoking Article 370 and passing the CAA. Both do not have affinity towards India like Trump does.

Indians are right in saying that Biden is not tough on China as well. President Trump and the Secretary of the State Michael Pompeo are very critical of China’s trade policy and its aggressive behavior in Asia, including its attack on India in the Ladakh region, which has brought worldwide criticism of China.

President Trump’s solidarity with India on this issue and the formation of Indo-Pacific treaty comprising the U.S., India, Japan and Australia has brought tremendous appreciation in South East Asia.

Waxing Hinduphobia: No Amy Wax, Indian doctors, Like All of Us in the Profession, Will Not Be Silenced

People are wary about the Biden-Harris strategy in dealing with China in trade or defense matters as they are seen as being soft. India may not be too happy if Biden and Harris emerge victorious as Trump and Modi have a strong relationship and because of Trump’s solid support to India with regard to China, Pakistan and on the issues of Article 370 and the CAA.

President Obama is closely associated with Harris because she is an African American and a woman, as his father was African and mother a white American. He exerted great influence on Biden to select Harris as vice president candidate. President Obama even described Harris as a trailblazer.

If elected, Biden will be 78 by the time of his inauguration and may not seek a second term, and Harris has a greater chance of being presidential candidate in 2024. It’s a great chance for Sen. Harris to achieve her dreams.

President Trump has warned that a Biden-Harris administration will raise your taxes, cut critical police funding, kill vital American energy jobs, open borders to illegal immigrants and appease socialistic dictators which may be true to some extent if the history of previous Democratic administrations is any indication. Time will tell.

Dr. Sampat Shivangi is a Republican and the National President of Indian American Forum for political Education. He has been recently elected a delegate to the Republican National Convention (RNC) for the fifth time in a row.