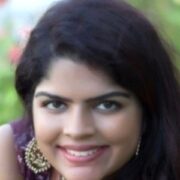 After much deliberation, Govindan turned the appearance down. While it was a chance to perform at NRG Stadium in front of 50,000 fellow Indian Americans, Govindan didn’t want to show tacit support for the Indian politician whose name has become synonymous with Hindu nationalism.

“I love India. I am so proud to be Indian, but I am not proud of Modi,” said Govindan. “It would make my parents proud, but at the end of the day, my morals are all I have.”

For Hindus of Generation Z, the age cohort that is now in college or just graduated, fashioning an Indian and a Hindu identity apart from India’s contentious political climate is increasingly difficult. Since Modi was elected prime minister in 2014 as leader of the Hindu nationalist BJP, he has been criticized as a threat to India’s long-standing secular democracy, and the partisan rancor has begun to divide the Indian diaspora in the U.S.

For American students looking for a Hinduism absolved of politics, there is a distinct lack of places to turn.

“Right now, there is the appearance that Hinduism is inextricably tied to international Indian politics,” said Amar Shah, the first Hindu chaplain at Northwestern University (top photo, courtesy, Angeli Mittal/Daily Northwestern). “Students are having to navigate some of those oversimplifications that may be from their peers, from their own parents and from other students from other faith groups.”

Hindu students arriving on large campuses will find a wide variety of groups offering community, a social circle and a shelter against ignorance about their faith and culture. But much of the time, these groups are either tied to Hindutva politics or are actively opposed.

The Hindu Students Council, the oldest and largest pan-Hindu student organization, with over 60 chapters in high schools and colleges, is a project of the Vishva Hindu Parishad (World Hindu Council), itself historically linked to the BJP and its older, umbrella nationalist organization called the RSS.

The Hindu Students Council offers what it calls authentic Hindu practices and traditions and attempts to create a safe space for Hindu students who, it says, are fearful of getting ridiculed for their practices by non-Hindu classmates.

“Usually with other religious groups, from a young age they have this sense of community, a set of friends and a set of events every year to celebrate their religious festivals,” said Vishnupriya Parasaram, vice president of education and advocacy at Hindu Students Council, who only discovered the council after graduating from the University of Oklahoma. “Having that would’ve been helpful to feel secure in my Hindu identity.”

The HSC’s alignment with BJP has caused trouble from its start. Three years after its founding, Columbia University’s Hindu Students Association separated from the council, citing its ties to right-wing Indian groups. The Columbia students punctuated the break by walking out of a speech by a Vishva Hindu Parishad representative who spoke in support of the demolition of the Babri Masjid, a mosque situated on the Hindu holy site of Ayodhya that was pulled down in 1992 by a mob. The council claims it has been the target of hostility ever since.

Parasaram objects that critics don’t distinguish between Modi’s politics and that of the Hindu diaspora. “Why is my Hindu identity being conflated with being Indian? To corner us and always tie us in with a political belief is just not doing justice to our story,” she said, pointing out that politics don’t define Hinduism, which exists in many places outside India.

But Hindu youth say the political climate in India is an unavoidable conversation.

“If you’re a Hindu student arriving on campus and you want to find a Hindu community, oftentimes the only Hindu association is the HSC,” said Pranay Somayajula, the 21-year-old organizer for Hindus for Human Rights, a liberal advocacy group. “It creates this nefarious pipeline that funnels otherwise progressive, left-leaning young Hindu Americans into this Hindutva ideology.”

Somayajula said studying human rights and international justice at George Washington University has deepened his Hindu faith. While on campus he joined Students Against Hindutva Ideology, an organization that began the #HoliAgainstHindutva initiative in 2020. Through the group, he met Sunita Viswanath, co-founder of the social justice organizations Sadhana and Hindus for Human Rights, both of which have been vocally against the Indian government’s treatment of minority religious groups.

“Especially for those of us who are Hindu, I really want to see my peers step up and say this should not be happening in the name of my faith,” said Somayajula. “That’s not what the Hinduism I was brought up with is all about.”

Shoumik Dabir, a 23-year-old who attended the University of Texas, spent part of his sophomore year interning with the Hindu American Foundation, which, while maintaining a politically centrist stance, staunchly defends the faith against discrimination. Dabir also spent a summer as a community organizer for HSS, a service organization that is an international arm of the right-wing RSS.

I Faced Discrimination as a Hindu. Anti-Hindu Bias Exists. But it Does Not Equal Persecution

But Dabir said that Hindu nationalism is not directly analogous to the Christian nationalism that has polarized American politics and figured in the Jan. 6 Capitol attacks. “Diaspora folks tend to look at Indian politics with the same framework and lens as they understand American politics,” said Dabir, saying many Gen Z American Hindus don’t look past what they read in The New York Times.

Govindan, whose parents supported the BJP until she changed their minds about Modi’s intentions, agrees that many Hindu Americans she interacts with are not thinking critically about politics in India, and go along with their parents’ views.

She added that reckoning with faith and identity is a common struggle for many children of immigrants of all heritages.

Indeed, polarization over Hindutva won’t end with the current generation’s graduation from college; if anything, many campus groups, on the right and the left, are simply battling for young minds in the name of their parent organizations.

Viswanath said the political and spiritual awakenings had by Generation Z will dictate the future. ”I have three kids,” she said. “I have to believe there is good in human beings, and that some of us will find some way of contributing to peace and love and good.”

But Shah, the Hindu chaplain at Northwestern, said the lack of institutional support to help Hindu students find balance is a problem. (He is Northwestern’s first Hindu chaplain, and he has few counterparts elsewhere in American academia.) He tries to act as a mediator and a unifying force, bringing together those who differ in message and goal.

“On both sides, we really need to sit down and have discourse with like-minded, good people who are trying to also serve the purpose of learning, rather than to take down or take a stance for political gain.”

Richa Karmarkar is an author at Religion News Service.