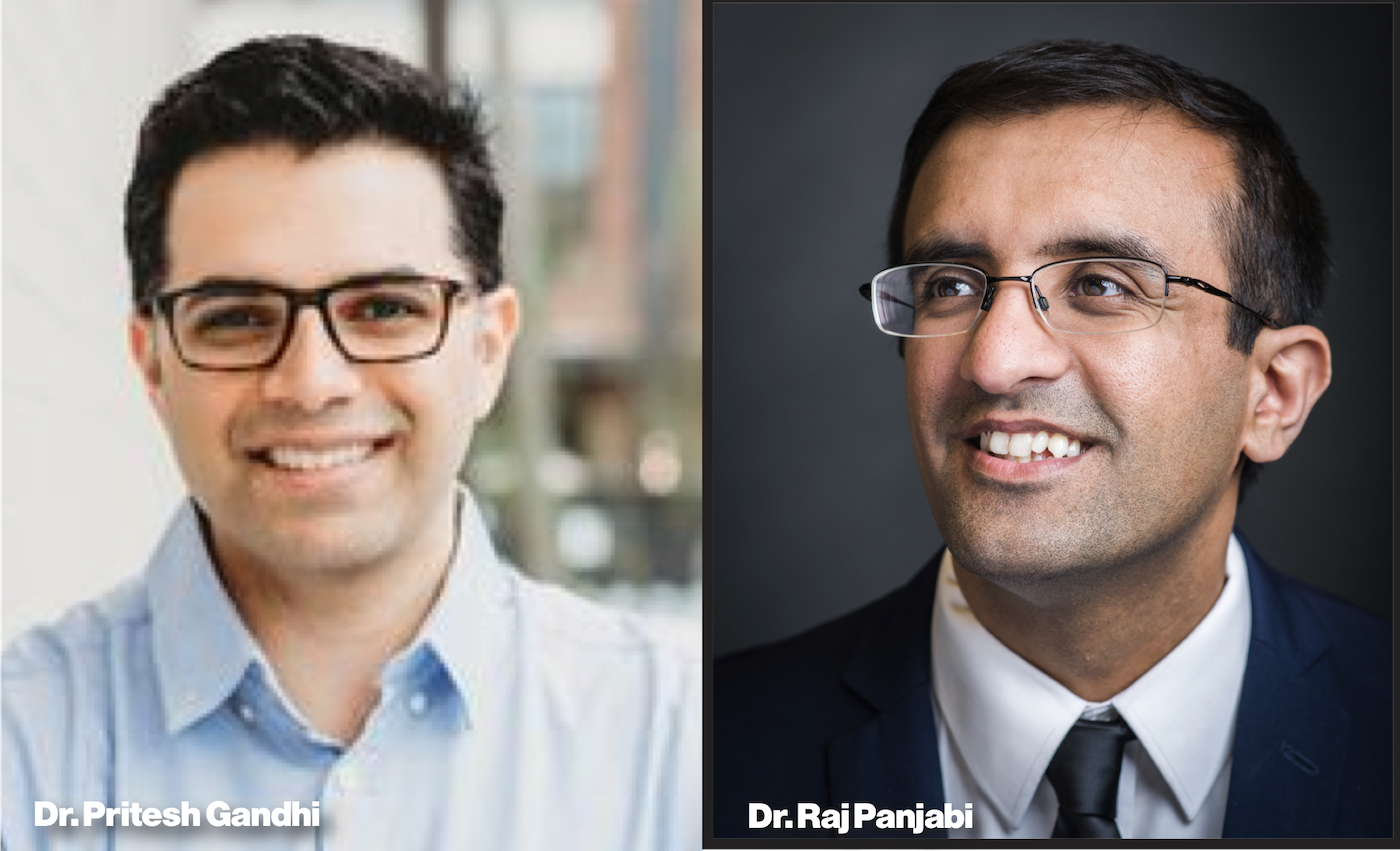 In this role, Dr. Gandhi serves as the principle advisor to the DHS Secretary, Assistant Secretary for the Countering Weapons of Mass Destruction (CWMD), the FEMA Administrator, and DHS senior leadership on medical and public health issues related to natural disasters, border health, pandemic response, acts of terrorism, and other man-made disasters.

In his new role, Dr. Panjabi will work with the PMI team, PMI-supported countries, and its global partners to further reduce malaria disease and deaths and advance the goal of eliminating malaria within a generation, according to a Last Mile Health press release.

PMI is an interagency initiative led by the U.S. Agency for International Development (USAID) and implemented with the U.S. Centers for Disease Control and Prevention (CDC). Launched in 2005, PMI partners with 24 high-burden countries in sub-Saharan Africa and in the Greater Mekong Subregion of Southeast Asia, alongside global partners, to save lives from malaria and strengthen health systems.

Dr. Gandhi most recently served as the Associate Chief Medical Officer and director of Adult Medicine at the Austin, Texas-based People’s Community Clinic where Gandhi co-led the COVID-19 response team.

Last year, Dr. Gandhi was a candidate Texas’10th Congressional District. He lost in the Democratic primary on July 14, 2020 to Mike Siegel, who lost to Rep. Michael McCaul, R-Austin, in November. Gandhi’s platform included Medicare for all who want it, universal background checks for all gun purchases and supporting rural communities.

Over the course of his career, Dr.Gandhi has worked with working-class and marginalized communities to address social determinants of health and poverty. He most recently was an affiliate faculty in population health and pediatrics at Dell Medical School.

A Fulbright Scholar, Schweitzer Fellow, National Health Service Corps Scholar, Dr. Gandhi was named a Presidential Leadership Scholar in 2018. He completed a dual internal medicine and pediatrics residency at Tulane University in New Orleans and holds a degree in International Relations & Economics from Tufts University where he also completed his MD and MPH.

Dr. Gandhi is married to Monisha Dhar and the couple has two daughters.

Dr. Panjabi, who has served as a physician and medical professor at Harvard Medical School and Brigham & Women’s Hospital, co-founded Last Mile Health, a global leader in rural community health systems, in 2007. He recently stepped down after serving 14 years as CEO.

On his LinkedIn profile, Dr. Panjabi says he fled Liberia’s civil war at age nine, becoming a refugee in the United States. He returned to Liberia as a medical student and in 2007 co-founded Last Mile Health. “My family and I arrived in America thirty years ago after fleeing civil war in Liberia,” he says in the Last Mile Health press release.

“The community of Americans who rallied around my family helped us build back our lives,” said Dr. Panjabi. “It is an honor to serve the country that helped build back my own life as part of the Biden-Harris Administration, he said. “I am humbled by the challenges our country and our world faces to build back better. But, as I have learned in America, we are not defined by the conditions we face, we are defined by how we respond.”

As per his LinkedIn profile, Dr. Panjabi and the Last Mile Health team “played a key role in the 2013-16 West Africa Ebola epidemic, helping train over a thousand frontline and community health workers and support the Government of Liberia to lead its national Ebola Operations Center. Panjabi delivered testimony on the Ebola epidemic at the US Senate Foreign Relations Subcommittee.”

In response to COVID19, Dr. Panjabi led Last Mile Health to support governments in Africa to train frontline health workers to respond to COVID19. He has served as Advisor to former Liberian President Ellen Johnson Sirleaf in her role as co-chair of the Independent Panel for Pandemic Preparedness and Response at the World Health Organization.

A graduate of the University of North Carolina School of Medicine, Dr. Panjabi trained in internal medicine and primary care at Massachusetts General Hospital & Harvard Medical School, and received a Master of Public Health in epidemiology from Johns Hopkins. He has served as faculty at Harvard Kennedy School of Government.