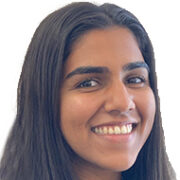 It’s the first principle of writing that I have abided by ever since I was told it in the third grade. I have divulged excruciating details of my life to communicate my messages in painful clarity.

This continues in Berkeley as well. Every week, I extend my brown body to produce a body of literary work fleshed out in a grueling manner.

I’ll tell you this though: in all the time I’ve written, I could never convey more than the skeletal framework of my ethnicity. I could never describe the kinks and curves in my culture that make it complete. Its sum is greater than its parts — just as devouring a chicken’s breast and legs would never amount to absorbing its life. Without being it, nobody could ever know it.

At Cal, students are kept well-fed with information about other races.
The high schoolers that tour campus eat up the welcome pamphlets that display a diverse friend group laughing at the Glade.

The cravings of freshmen for a politically active campus are fulfilled when they grab a handful of flyers about racial injustices at Sproul. They munch on these for the first few days of tabling, before the AirPods go in.

The hunger pangs of sophomores are erased through the land acknowledgments professors make in their slides. It’s the meat of the introductory presentation, packed between bread slices of their dog’s pictures and the impossible grading curve.

The appetite of juniors is met in DEI workshops facilitated and attended by everyone but the people of the concerned race. Its optics seem sufficient, like the unquestioned visual appeal of food coloring.

The satiation of seniors is reached through all the short-form videos and academic papers they have engaged with over the years. The tiny portions have added up to sufficiency.

Everyone here is well-read when it comes to racial issues and experiences. But consuming knowledge does not situate anyone in people of color’s bodies of experience or their collective bodies of community.

Reading, viewing, discussing and even protesting are several degrees removed from being. They all take place at a passive distance, far enough away from the pain of the historical, physical and emotional injuries inflicted.

On this premise, I would like to offer the mantra that I use to reveal my ghastly wounds to my non-POC friends to conceal their white savior complex. Show, don’t tell. Express your support by holding space for us, instead of talking and acting for us.

I provide this idea on a platter to the white boy in my Haas class, who answers complex production cases with answers like, “Why don’t we offshore to India or something?” In the Zoom meeting, I can see that he has a “Saturdays are for the boys” poster and an American flag pinned to his wall.

If he digested the motto, it would save me the brunt of having to represent an entire country in that room, being the only one from there. I wouldn’t have to endure the discomfort of explaining that Saturdays are, believe it or not, for the workers in India too.

I also cater this expression to the hyper-participative white girl in my journalism classes, who chimes in on a race-related discussion with the secondhand insight her nonwhite friend gave her in middle school. If she swallowed the saying, she might lower her hand to allow for the people of that race who sit at the back of the class to be visible for the first time.

They would be able to bring more tactile dimensions to our understanding of the question at hand through their visceral experiences. They wouldn’t caricature the comprehension of an entire community through the establishment of one perspective as the consensus.

Lastly, I serve samplings of the phrase to the people whose vivacious showings of liberality stung me as microaggressions.

The woman who asked me pointedly where I’m from as soon as the elevator doors shut, and made me fear for my life because she detected an accent in my “two, please” and later told me that she finds tangy voice modulations delectable.

The instructor who exclaimed about the eclectic mixed bag of a class we are, all from different countries, like the quirky flavors in a candy bag, rather than the essential nutrients of a hearty, balanced meal.

The guest speaker who praised my white friend for diversifying her palate and being friends with me. She has the crisp white bib tucked into her collar and she can review me and other brown people now. Boost our star rating in this restaurant.

White students are more likely to have been spoon-fed opportunities and preferences throughout their education. People of color often haven’t been seasoned with these privileges and monolingualism so they don’t have the same eloquent vocabulary to verbalize their thoughts.

So please, I beg them, close your mouth for once so that we can open ours. You’re woke, we know. We believe you. But remember, show, don’t tell.

Mahika Singhal is a UC Berkeley student from New Delhi, India. She is an aspiring writer and entrepreneur, motivated to tell meaningful stories for the digital world.