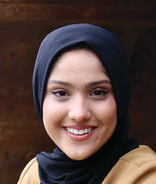 One cannot speak of South Asian Americans without recognizing that they stand on the shoulders of Blacks who led the Civil Rights movement. Black Americans supported South Asians to end racist immigration laws that limited immigration from South Asian nations.

In 1942, the Black press was heavily covering the widespread anti-colonial civil disobedience in India. Writes Nico Slate in “Colored Cosmopolitanism”:

“While most American newspapers closely covered the outbreak of civil disobedience in India, it was the African American press that recognized the racial framework in which Gandhi, Nehru, and other leading Indian figures positioned their struggle. Black interest in India had risen dramatically during the noncooperation and civil disobedience movements, and it peaked again in the wake of the Quit India declaration. On September 26, over eighty Black intellectuals sent President Roosevelt a joint letter encouraging him to take decisive action to resolve the crisis in India. That same day, sociologist and Pittsburgh Courier columnist Horace Cayton told readers of The Nation “it may seem odd to hear India discussed in pool rooms in South State Street in Chicago, but India and the possibility of the Indians obtaining their freedom from England by any means has captured the imagination of the American Negro.” In October the Courier publish the results of a poll in which 87.8% of ten thousand black respondents answered yes to the question, “Do you believe that India should contend for her rights and her liberty now?””

From as far back as the early 20th century, advocates from both countries have acknowledged parallels in the United States’ systematic oppression towards Black people and the abhorrent caste system in India.

We speak often of Dr. Martin Luther King, Jr. drawing inspiration from Gandhi’s nonviolent approach and perhaps even Dr. Ambedkar’s legacy which led youth from the slums of Mumbai to establish the Dalit Panthers in 1972, drawing inspiration from the Black Panthers and dedicated to abolishing caste from India as were Black Americans to rid the Unites States of racial discrimination.

But it is unfortunate that even after having decades-old solidarity there still exists in our community anti-blackness and colorism that is constantly left unaddressed. As South Asians, we cannot complain about the racism towards us and anti-immigrant sentiment if we too or on the frontlines of discriminating against others based on race. Last week I interviewed Linda Cheriyan, a core member of Black Lives Matter (BLM) New York who echoed these sentiments about anti-blackness in the South Asian, particularly Indian community.

“Unless every South Asian is involved in this movement there are not enough people fighting. People think this is not our fight. It is absolutely our fight, we have a lot of anti blackness to fight in our community as well.”

Supreme Injustice: All the Advances of Modernity Cannot Help Women If Law of the Land is So Brutal

Cheriyan explains that she too has family in law enforcement so being so involved in the Black Lives Matter movement has caused her family to question much of her work. “I wasn’t allowed to speak about black issues in my own community because it was viewed as a taboo but we cannot accomplish anything if we sit here and support the status quo.”

In order to highlight Civil Rights, Black Lives, and South Asian identity, Hindus for Human Rights and Indian American Muslim Council have launched an essay competition available for all students from grade 6-12 to write about their identity in relation to Civil Rights. The winner is promised an exciting $1,000. The deadline for the competition is February 28th.

Aminah Ahmed is a 17-year-old social activist, talk show host, and public speaker. She is the host of the talk show NextGen where she seeks to amplify the voices of young people. Aminah is the co-founder of the “Art as Resistance: In Honor of Shaheen Bagh” campaign and the Youth Leader of the nonprofit organization, Indian American Muslim Council. Aminah is a volunteer for Hindus for Human Rights.