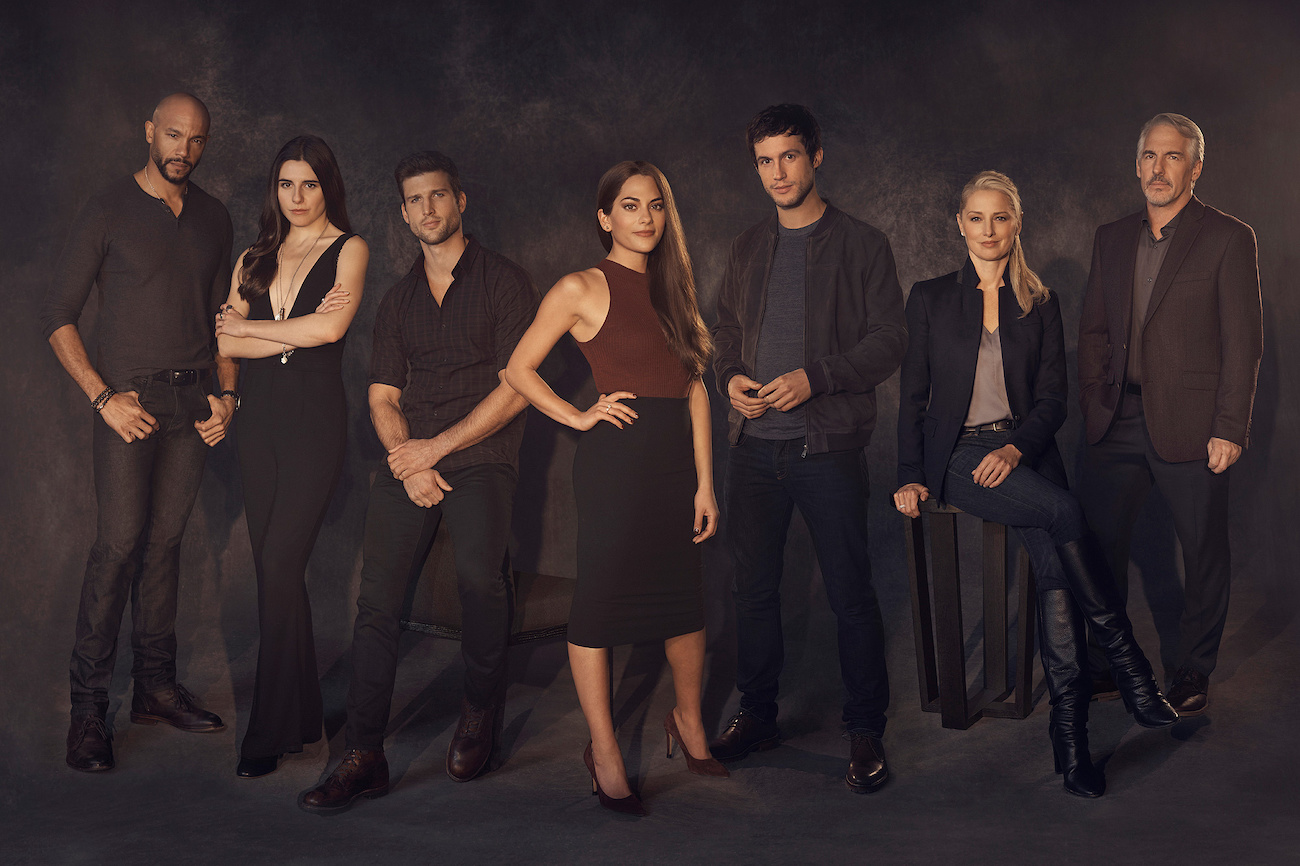 Valentine’s Day is on the 14th of February. Cupid (Kam Dev to Indians) is here with a quiver full of sweet arrows. Romance is in the air. For all the die-hard romantics, I thought of sharing my review of “Imposters,” a dark comedy television series, created by Adam Brooks and Paul Adelstein, now streaming on Netflix.

The first season premiered in 2017, on Bravo, followed by the second series in 2018. The protagonist is a very convincing and nuanced con artist, Maddie Johnson (Inbar Lavi ), who gets involved in relationships with men and women. Makes them fall for her literally “hook, line and sinker” and then dumps them. Robbing them of all tangible wealth and leaving them “lovesick” for the “true romance” they had with Maddie in her different incarnations.

Maddie Jonson (a waitress from a small town in Pennsylvania) is lured into the game of deception by Max (Brian Benben) and Sally (Katherine LaNasa) at the command of a mysterious mastermind “The Doctor” (Ray Proscia). The trio-terrible work together to make their targets (male or female) fall in love with Maddie and then steal all their valuables shortly after she is married to them and has gained their complete trust.

Ezra Bloom (Rob Heaps) is the latest victim of their con. He is devastated because he really loved her. He is about to end his life when he is visited by Richard Evans (Parker Young), one of Maddie’s previous targets, who is also looking for her. Both jilted guys find Jules Langmore (Marianne Rendón), an artist, who also was married to Maddie. The three agree to find Maddie and find answers.

In the interim, Maddie is on another “job” in Seattle but she is distracted when she meets an attractive and wealthy Patrick Campbell in a coffee shop. Ezra, Richard and Jules find Maddie and are still lovesick for her. Maddie is planning to marry Patrick (Stephen Bishop) and have her own “real love story” but Patrick is not who he claims to be.

The plot development, characters and locations are solid in the first season. There are a few laughs here and there, and it is fast-paced. In the second season, Ezra Bloom is passable as Hugh Grant from “Notting Hill” when he tries to woo the antique collector. But her underground collection of Toby jars is creepy. So is Uma Thurman as the Doctor’s assassin who appears on the scene with her black valise of “culinary” knives when the fraudulent characters stray from their game of deceit.

The second season meanders in and out of Arizona to Mexico, finally back to Seattle, where Maddie, Max and Sally decide to take the estranged exes in their fold to break free of “The Doctor.” Do they succeed or do they succumb? The plot becomes a bit tedious and predictable towards the end. But it may not be bad to watch, despite some (fast forwardable) gory parts because “Imposters” spells out an important lesson for the young and naive of heart. Love is blind. Love is a big con.

There are a lot of con artists/ catfishers in the world, aided and abetted by social media and dating apps. They are out there to dupe the vulnerable. It’s not bad to seek and fall in love but it is important to be wary when things seem too good to be true. This Valentine’s Day, please step carefully into romance.