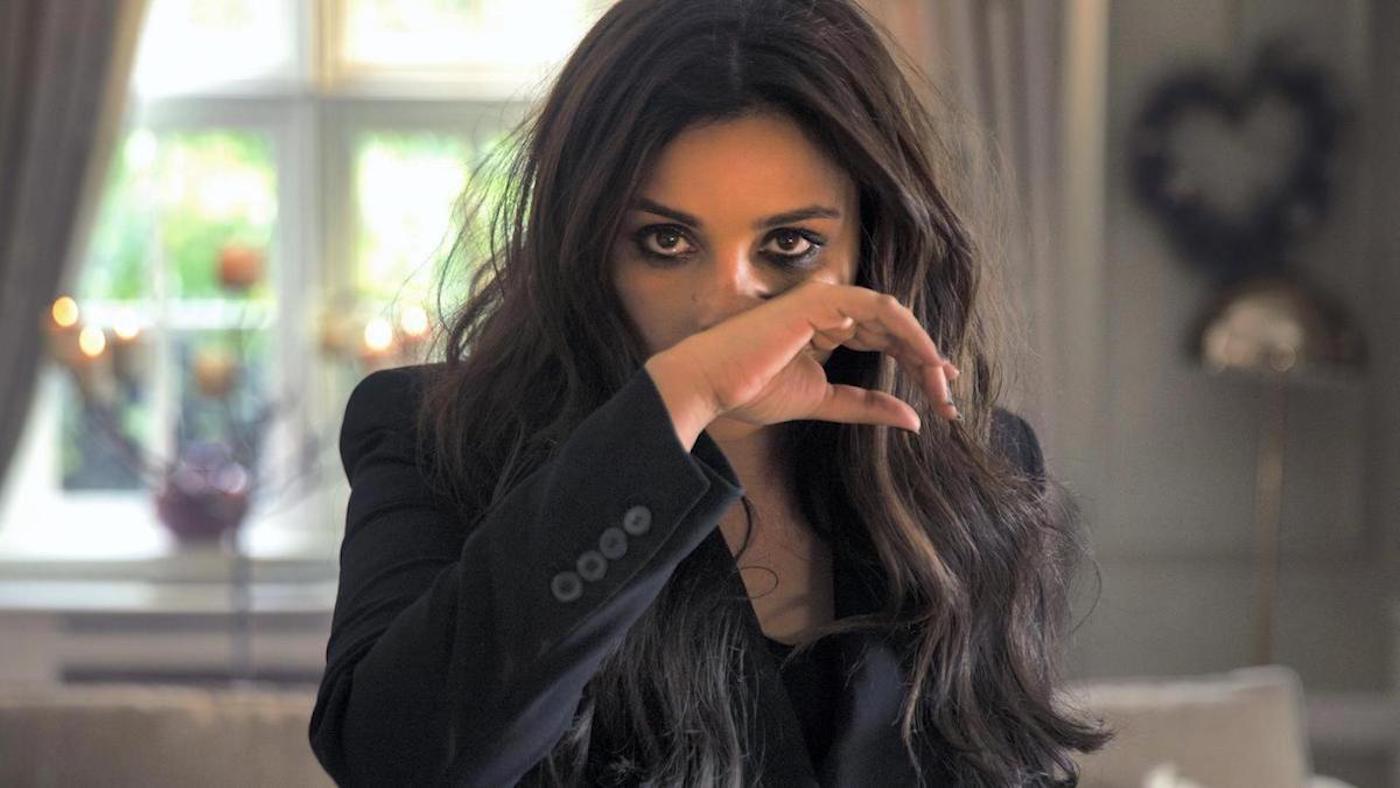 Ribhu Dasgupta’s adaptation of the Paula Hawkins bestseller “The Girl on the Train” is quite frankly, a train wreck. Rather than a gripping psychological drama about a woman who is lost and finds herself again through sheer willpower, which came through loud and clear in the book, Dasgupta’s Hindi remake stumbles blindly about in gripping thriller territory, completely sidestepping the main ideas of the original.

Once a feisty lawyer Mira Kapoor (Parineeti Chopra) is spiraling under the trauma of losing her child, a husband she had loved and a career that was blossoming… one high-risk case at a time. Well, it doesn’t help either that the unfortunate car accident leaves her with a rare form of amnesia, eventually turning her into a raging drunk.

Mira, now a massive alcoholic is still stuck on her ex-husband Shekhar (Avinash Tiwary) and deeply resentful of his second marriage. Mira drinks furiously and sadly, “just to be able to sleep,” as she tells her shrink, who lets her know there’s a difference between “an alcoholic blackout and a good night’s sleep.”

The couple she sees from her train window on her daily commute gives her a point of focus – a distraction of sorts from her sorrow. Nusrat and Anand seem to be the picture of contentment. Mira’s voyeurism allows her to build a fantasy narrative around Nusrat, bringing her momentary happiness. But there’s more to the happy couple than meets the eye and the solace is short-lived.

Sure enough, Nusrat shatters Mira’s idea of being the ideal woman when she is spied locked in an intense embrace with a man, who we later learn is her psychiatrist Dr. Hamid (Tota Roy Chowdhury). Two days later, Nusrat goes missing and later turns up dead.

In another part of the city, a turbaned Inspector Kaur (Kirti Kulhari) of Scotland Yard is investigating her mysterious disappearance. Although it takes a while before the connection between these two is revealed, the Sherlock Holmes amongst us know immediately that there is one. When Mira is spotted in the vicinity of where Nusrat went missing, and her conveniently dropped Citizen Card is recovered, the plot thickens. The alcoholic who has memory losses and can barely hold herself together but still never forgets to put on kajal and color-coordinated clothing becomes the major suspect.

Mira, gets embroiled in a crime that she cannot remember, even as she struggles to cope with the drinking problem that is causing her life to fall apart before her bleary eyes. Police officer Kaur gathers a pile of evidence against Mira, forcing the alcoholic to question her movements and remember.

The last time this mystery was made into a full-blown feature film, British acting royalty Emily Blunt had bagged a BAFTA nomination for it. Needless to say, an otherwise bankable Chopra must have been under immense pressure to deliver a stellar performance. The actress, who has always impressed me with her performances in the past, however, with poor director, fumbles her way through the first half of the narrative – the screams, hollering and manic episodes lacking sincerity. Although, the actress manages to embed herself in Mira’s tortured mind (most noteworthy in an obsessive conversation she has with a friend in a public toilet) and the overall flow of the story gains momentum in the second half leading to a somewhat interesting climax – partially foreseeable if you stare hard enough – does not satiate the viewers’ thirst for a good murder mystery.

Director Ribhu Dasgupta is no novice in the psychological thriller department – his debut was the Anurag Kashyap-backed “Michael,” that toured the film festival circuit back in 2011. Also, he “Te3,” to his credit.

Clearly, with “The Girl On The Train,” the intent was to add drama and a twist that would leave viewers mesmerized to a much talked about ending, deviating from the cult-classic novel with creative license. The adaptation itself is ruled by a surprising lack of imagination.

Why, for instance, did this version of “The Girl on the Train” need to be set in London? A shift to an Indian city would have inevitably added socio-cultural dimensions worth exploring, but not only is that opportunity lost, even within London, the characters’ Indian backgrounds do not translate into any notable cultural specifics, unless you count the clichéd Punjabi shaadi song at the start. London is almost irrelevant to the goings on here, serving no purpose. Mira is also written as such a culturally generic character that we could well be in Mumbai or Delhi without affecting the plot line – the only significant difference in that scenario would be that the mamas (colloquial term for cops) would have been less efficient and if you looked out of the rail gadi (train) window, you’d probably not have seen human habitations as pretty.

The rest of the cast is a mixed bag. Hydari and Avinash Tiwary are unexceptional. Kulhari delivers her lines without the ease that made her so memorable and striking in “Pink.” It does not help that the dialogues assigned to her are lifeless and often pointless.

A lot of the grim and menace in the film looming over the protagonist’s conflicted life comes from the costume and hair and make-up department – the stereotypical kohl-rimmed smeared eyes, grey formless drab cardigans and black trench-coats. So, kudos to costume designers Sanam Ratansi and Subodh Srivastava and makeup maestros Frina Mehta, Pratap, Tripti Singh and Mitali Vakil, who made the wound on Mira’s forehead appropriately gruesome and bloody.

At close to two hours, Sangeeth Varghese’s editing remains taut and to the point. The film’s music by Gilad Benamram is a downer in the sense that it takes away from the seriousness of the plot, especially during crucial scenes when emotions are heightened and the story is at its intense best. However, Chandan Saxena’s background score softens that blow: soul stirring when needed, toned down when not.

The palpable disinterest in characterization and motive washes over nearly everybody in the 120-minute film, from Parineeti Chopra’s unconvincing alcoholic induced rages and mumblings to Kirti Kulhari’s over-zealous police-work. “The Girl on the Train” overdoes the understatedness, blends it with some mediocre elements and ends up wasting Chopra’s attempts at a sincere performance. Apart from a passable performance by the leading lady and one neat twist, I found myself not impressed by much.

I do need however, need to make special mention of Neha Kakkar’s lovely rendition of the soulful song “Matlabi yariyan” with music by Vipin Patwa and lyrics by Kumaar. But that is about it.