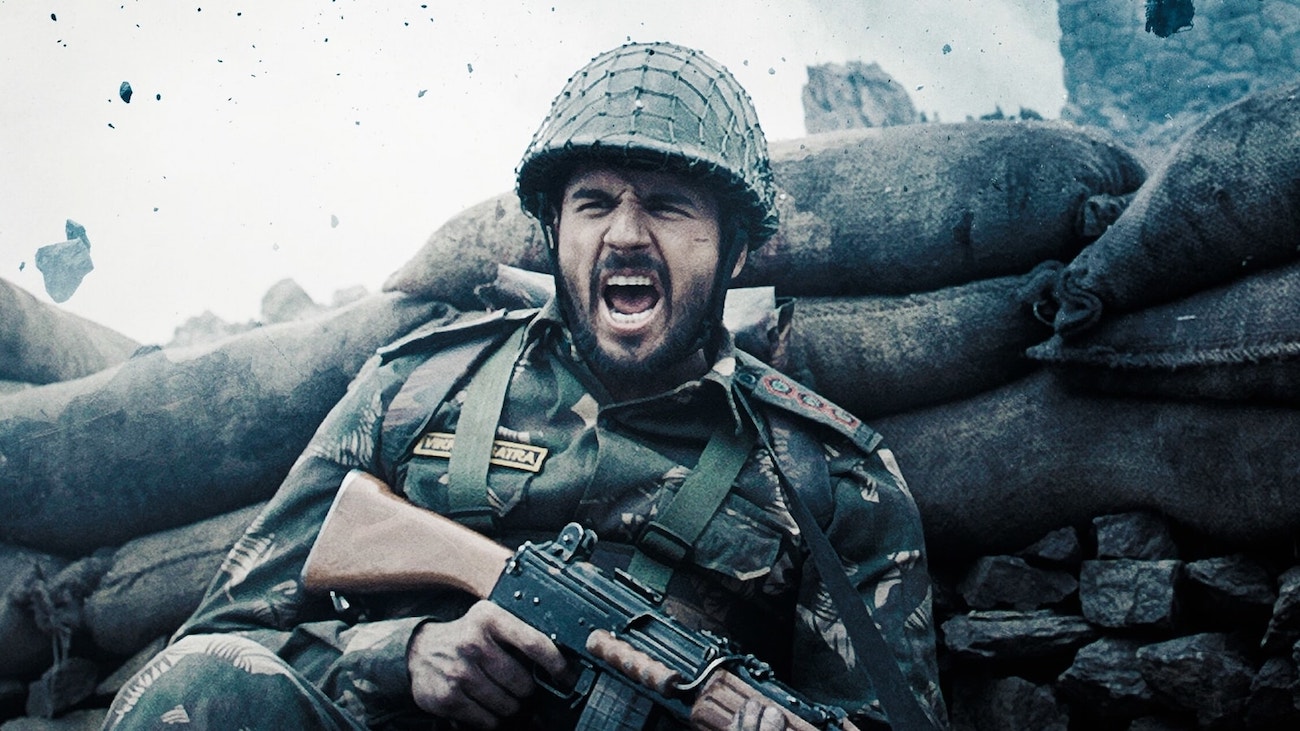 “Shershaah,” a biopic made on the heroic life of Vikram Batra, the 25-year-old brave Indian soldier, was released on Amazon Prime in 240 countries worldwide, on Aug. 12, a few days before India’s 75th Independence Day. The film, a story of indomitable courage that needs to be told, pays homage to 527 martyrs who sacrificed their lives in the 1999 Kargil War.

I have been eagerly waiting for the film’s release, because of close family members who have dedicated their lives to the service of our nation, having served in the army, navy and air force.

Sidharth Malhotra is perfect for the role of Vikram Batra. I believe his twin brother Vishaal Malhotra selected him for the biopic. In this role, he fits the personality of Vikram like a glove. His portrayal of Vikram’s attitude, stance, lightheartedness, and audacity are palpable.

Captain Vikram Batra was a powerhouse of energy. Through this movie, written by Sandeep Shrivastava and produced by Karan Johar (Dharma Productions) and artfully directed by Vishnuvardhan, we are introduced to his leadership skills and wonderful camaraderie with his unit.

The script and screenplay were kept close to the real-life story, without falling into the hype of Bollywood.

Vikram’s strong sense of self and nationality is visible to his family and friends at a young age. He butts heads with older kids playing cricket in the neighborhood. He’s not worried about the consequences. “Gunda banega kya?” his father confronts him for his foolhardiness in the opening scene. Vikram just shrugs it off with a smile and the insouciant determination of a winner.

The cute love story between an innocent sardar girl, Dimple Cheema (Kiara Adwani), and Vikram, the naive, headstrong boy from Himachal Pradesh, Palampur to be exact, is charming. Subtle cues exchanged looks, and awkward conversations shared by the two lovebirds are natural and believable. Their role play bubbles like heady champagne to the beat of the melodious “Raatan Lambiyan, Ranjha,” and “Kabhi Tumhe Yaad Meri Aaye.” The music is certainly the heartbeat of their love story. It becomes very easy for the audience to fall in love with their budding romance.

Cinematographer Kamaljeet Negi takes us to the scenic mountains of Kashmir, where the deadliest battles are fought. Ever since the Partition of India in 1947, there has been a constant armed skirmish between the Indian and Pakistan armies. That and the influx of terrorist militias has transformed this “Heaven on Earth” into a land of treachery and desperation. If it was not for our soldiers, we would have lost Kashmir and our safety!

Vikram as a young man in his civil clothes (long sleeve maroon cardigans and cute smiles) reminds me so much of my young cousins, as he does in his fauji vardi. “Main to har uniform mein smart lagta hoon,” he says.

Vikram is posted in Sopore in J&K and is allotted to the Delta company of the 13th battalion of J&K Rifles. He exudes warmth, an all-enveloping friendliness, characteristic of a small-town boy.

But those who have not seen that kind of openness beforehand are a bit standoffish (as is Dimple’s father). His seniors in the battalion, on the other hand, give him cautionary messages. “Yahan par kahwa mein bhi zehar nila diya jata hai.” They tell him to get his head out of the clouds and be wary of the high slopes. “Panv fisla to seedha Pakistan mein giroge. Thoda distance bana ke rakho.”

But Vikram soon grows on everyone. He reminds me of my dad who was larger than life and could strike a conversation with anyone, even in the far-flung corners of the world. I believe that’s the innate quality of Indian soil.

In a very nostalgic moment, Vikram gets a letter from his girlfriend. Their love story is revealed in a flashback. Kiara as Dimple is cute. She talks in Punjabi or English. When she realized Vikram’s interest in her, she made the first movie. “Ithey aa ke baith,” she tells him. “Mere kol (close to me).” She asks him if he likes her. When he responds in the affirmative, she asks him to give her his hand. “Permanent booking ho gayi hai,” she says.

Vikram and Dimple are in love. And for his love, Vikram decides to sacrifice his childhood dream of joining the Indian Army and to join the Merchant Navy instead. But Dimple encourages him to stay focused on his choice to join the army and tells him that she would wait for him. So he enlists himself in the Indian Army.

There is a reluctance to their alliance by Dimple’s father because Vikram is a Punjabi Khatri, and she is a Sikh, but Dimple puts her foot down and commits to him.

At Sopore, Vikram acts on a tip from a local Kashmiri and takes action. Vikram is in high spirits. He is talking to his buddy about his daughter. But they are ambushed on the way back and his buddy is shot in the crossfire. He is heartbroken and says: “Aaj se meri company mein koi marega nahi.”

He resolves to avenge the death of his friends. He kills Haider, the lynchpin of the arms deal. These strategic strikes thwart the overtures of the Pakistani Army in Kashmir. He is praised for his bravery and goes home to spend time with his family and Dimple.

But when Vikram learns that General Musharraf’s army has infiltrated Kargil’s Kaksar Langpa region to capture Kashmir, he shortens his visit and returns to the base. As though prescient of his martyrdom, he covertly takes four phere with Dimple around the Holy Book at the Gurudwara and then colors her maang with his blood as he leaves.

Meanwhile, the tension in Kashmir has blown up to full-scale war. In this final mission his code name is ‘Shershaah.’ And their motto is: “Dil maange more.” Vikram fights like a true Lion King, and captures the toughest peak in the war, Pt.4875. Continuing to fight trying to save the lives of other soldiers even after being shot by a sniper. He has made a promise to himself: “Tiranga lehra ke aaoonga ya lipat ke aaoonga.” Promise made. Promise kept.

The young boy who used to watch the ’80s TV show, “Param Veer Chakra,” lived for only 25 years, but received a Param Veer Chakra posthumously. Life is not measured in years but in deeds.

With one foot in Huntsville, Alabama, the other in her birth home India and a heart steeped in humanity, writing is a contemplative practice for Monita Soni. Monita has published many poems, movie reviews, book critiques, essays and two books, My Light Reflections and Flow through My Heart. You can hear her commentaries on Sundial Writers Corner WLRH 89.3FM.