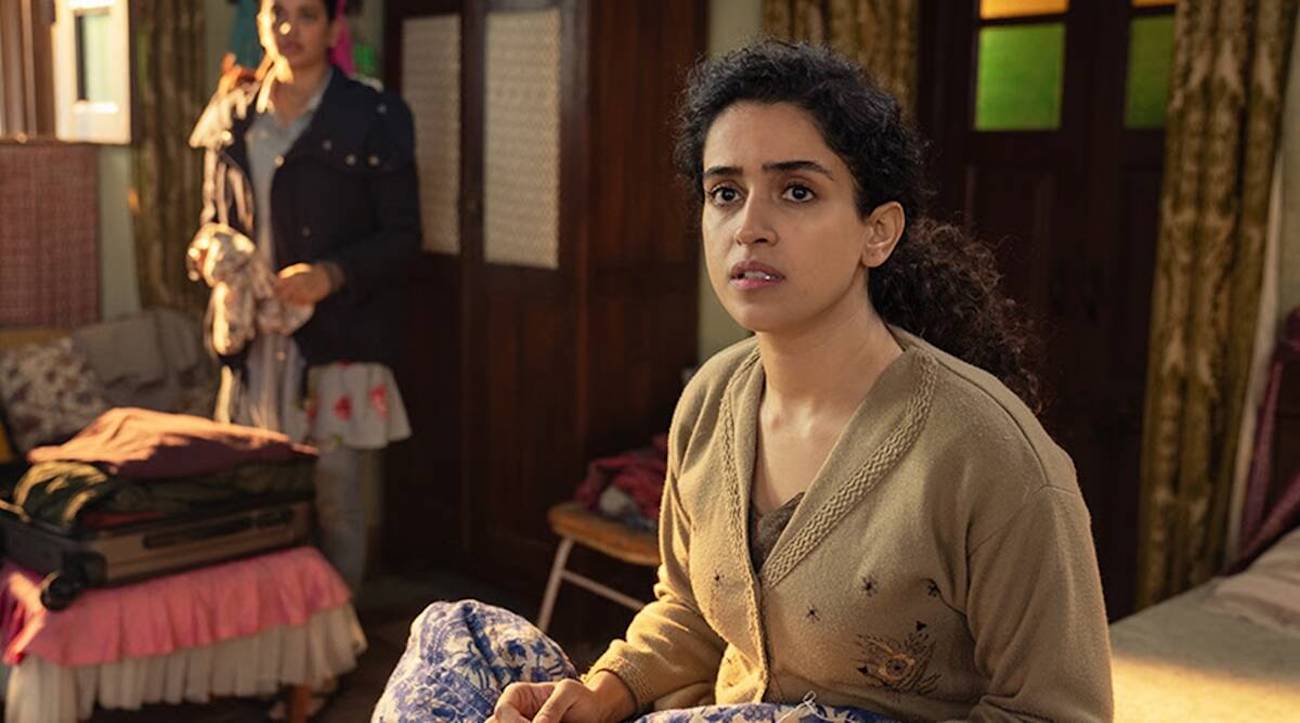 Calif. Court Rules in Favor of Former Apple Employee Who Claims She was Fired After Filing a Discrimination Lawsuit

‘Pagglait’ is a recent Hindi dramedy film streaming on Netflix. The narrative follows the emotional reaction and circumstance of young widow Sandhya (Sanya Malhotra) after the death of her husband. The film is set in a small town near Delhi and chronicles the aftermath of the death of a breadwinner in a middle-class joint family. The film written and directed by Umesh Bist is a winner!

The producers, Shobha Kapoor, Ekta Kapoor, Guneet Monga et. al., under the banners Balaji Motion Pictures and Sikhya Entertainment deserve praise. The film plunges us into the middle of a drama. Astik has passed away. Sandhya (Sanya Malhotra) is alone in her room, amidst a house full of grieving relatives, sifting through routine condolence posts on social media about her dead husband, Astik.

Sandhya is very natural in her confusion and state of shock. When asked, if she wants some tea, she says she would prefer cola. Sandhya’s attitude leaves the others puzzled but the viewer gains more insight into Sandhya’s character after her friend Nazia (Shruti Sharma) arrives.

This vegetarian chips-craving Muslim school friend helps Sandhya process her grief. Ghanashyam, a relative, suggests she has PTSD. Sandhya’s mother tries to ward off evil spirits by burning chilies. Sandhya admits that she is not feeling sad and sneaks away with Nazia for spicy street food, while Astik’s brother is performing rituals for Astik on the river bank.

Ashutosh Rana looks sufficiently tired and hapless as a grieving father of a young son. Raghubir Yadav as the interfering orthodox uncle who orchestrates the funeral arrangements and 13-day right of passage of the deceased soul is natural.

It is another feather in Sheeba Chaddha’s professional cap as a traditional middle-aged mother who has no time to grieve. She carries on cooking bland food for visiting relatives, massaging her mother-in-law’s ankles, giving her enema, offering support to her husband, and seeking guidance from her guru.

Sandhya admits that in the few months of marriage like any other arranged married couple, she was not very close to her husband. The loss of her pet cat affected her more than her husband. It takes time to develop feelings for someone. The other family members are distressed but I think they are more concerned about the repercussions of the loss in their lives rather than genuine grief for the departed soul.

Meanwhile, Sandhya discovers a photograph of Astik’s crush in his book. Sandhya is angry at her dead husband and is curious about Aakanksha (played flawlessly by the lovely and well-groomed Sayani Gupta). Aakanksha worked with her husband and came to offer her condolences, with others from Astik’s office. Sandhya confides in Aakanksha and tries to gain more information about Astik from Aakanksha. She meets her a few times and tries to (dress and act) live vicariously through Aakanksha. Sandhya finds it hard to believe that Aakanksha and Astik were not involved after marriage and broods over it. Sandhya wants to know him so that she can be “Thode kam Ajnabi…”

The plot presents a twist when the family finds that Sandhya is the sole beneficiary of Astik’s Rs. 50 lakhs INR life insurance policy. This comes as a surprise to the extended family, and they concoct numerous schemes to cheat the hapless widow off her rightful insurance money.

Will Sandhy agree to part with the windfall? Will she remain in the joint family home or return to her parents’ home? Will she accept another proposal of an arranged loveless marriage? She has been craving soda and “gol gappas,” is she expecting? Can she find a job with her Master’s in English literature? There are so many questions for Sandhya who is caught unawares at a crossroad.

But if you look closely, this ludicrous state is not Sandhya’s alone. This is the state of so many female denizens of a repressive society in which all decisions are made for them, from birth. Whether they have a right to be born? To upbringing, education, toys, books, clothes, career choice, marriage, emotional and financial stability. Their ability to choose food, love, happiness is nullified by others. All decisions are made for them.

I highly recommend this film to everyone who supports gender equality. To quote the beautiful Sanya Malhotra, “Pagglait” is a person who listens to their heart.” Phire Fakeera… in the voice of Arijit Singh and Raja Kumari is a poetic rendition of Sandhya’s inner journey. The soundtrack to the film was composed by Arijit Singh, while the lyrics were written by Neelesh Misra. Kudos to Singh’s debut as a composer.

A round of applause to Bist for hitting a home run spotlighting an insular Hindu family, the predictable characters with their hypocrisy (coming late to the funeral, drinking while making others abstain), warmth (treating the old dadi with respect, cuddling up in her comforter), jibes (at the in-laws), stress (of one bathroom), prolonged rituals (despite poor finances), every attempt to draw a line between a high-caste Hindu and a Muslim, and the rather odd raunchy doorbell. Death opens doors for not one but two souls for self-realization.

With one foot in Huntsville, Alabama, the other in her birth home India and a heart steeped in humanity, writing is a contemplative practice for Monita Soni. She has published many poems, movie reviews, book critiques, essays and two books, “My Light Reflections” and “Flow through My Heart.” You can hear her commentaries on Sundial Writers Corner WLRH 89.3FM.