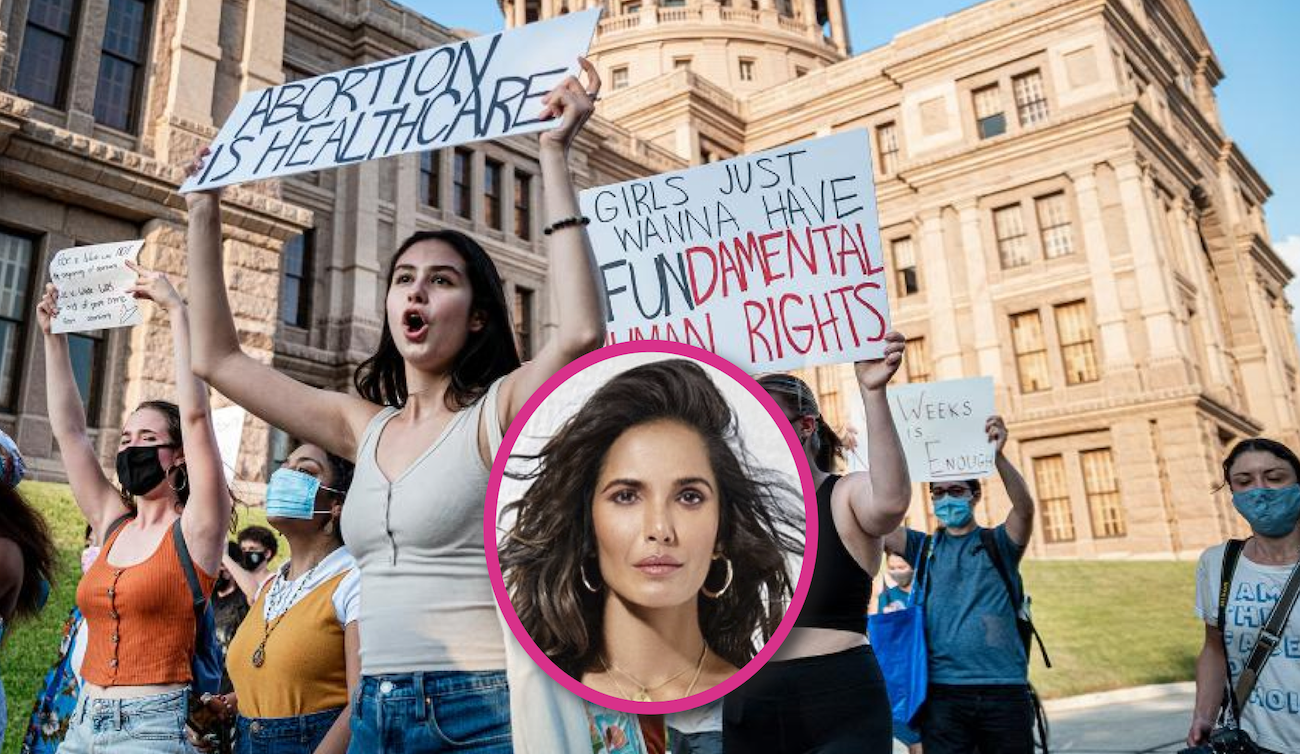 ‘It Must Be a Full Moon Night Somewhere in America’: Poets Congregate for an Evening of Lyrical Passion

According to the fundraising website, the law, known as SB 8 bans abortion as early as six weeks and puts a minimum of a $10,000 bounty on anyone that helps someone obtain an abortion in Texas. All money that is raised will be split equally among 10 organizations that help fund abortions, including Texas Equal Access Fund, Jane’s Due Process, Support Your Sistah at the Afiya Center, Clinic Access Support Network and Fund Texas Choice.

Lakshmi is currently hosting the 19th season of “Top Chef” in Houston. The network received criticism for its choice of venue. Some fans criticized the show’s decision to film in Texas at all, based on the restrictive abortion and voting laws. “That’s a lot of money going to a state that doesn’t believe in a woman’s right to choose what happens to her body,” wrote one commenter on Instagram.

In a series of tweets, Lakshmi defended the network’s decision to shoot in Texas. She also wrote about the fundraiser to support local organizations that help Texans pay for their procedure and transportation to their appointment.

“Our show highlights the small businesses that hire the very same women, BIPOC ppl & low-income folks that these laws harm most,” she tweeted. “Only 11% of Americans believe that abortion should be illegal.The govt doesn’t have the right to force ppl to carry an unwanted pregnancy to term.”

In another tweet, she slammed Gov. Greg Abbott and his handling of the humanitarian crisis that has brought hundreds of Haitian refugees to the Texas border, among other issues including SB8.

In her tweets, Lakshmi highlighted how the restrictive abortion laws will affect people of color. “Abortion funds on the ground in Texas have consistently said boycotting the state *isn’t* the answer. Laws like SB8 hit BIPOC communities the hardest & boycotts have a harmful economic impact on those already vulnerable.

Alerting her followers about the political situation in the state, she wrote: “Texas is in crisis and tweeting “boycott TX” when Texans haven’t called for that, isn’t it. It’s also not enough to tell ppl to vote in 2022 *As we speak* the @TexasSenateGOP is gerrymandering the congressional district map.”

Lakshmi also visited the U.S./Mexico border in Brownsville, Texas, where she met many migrant families.