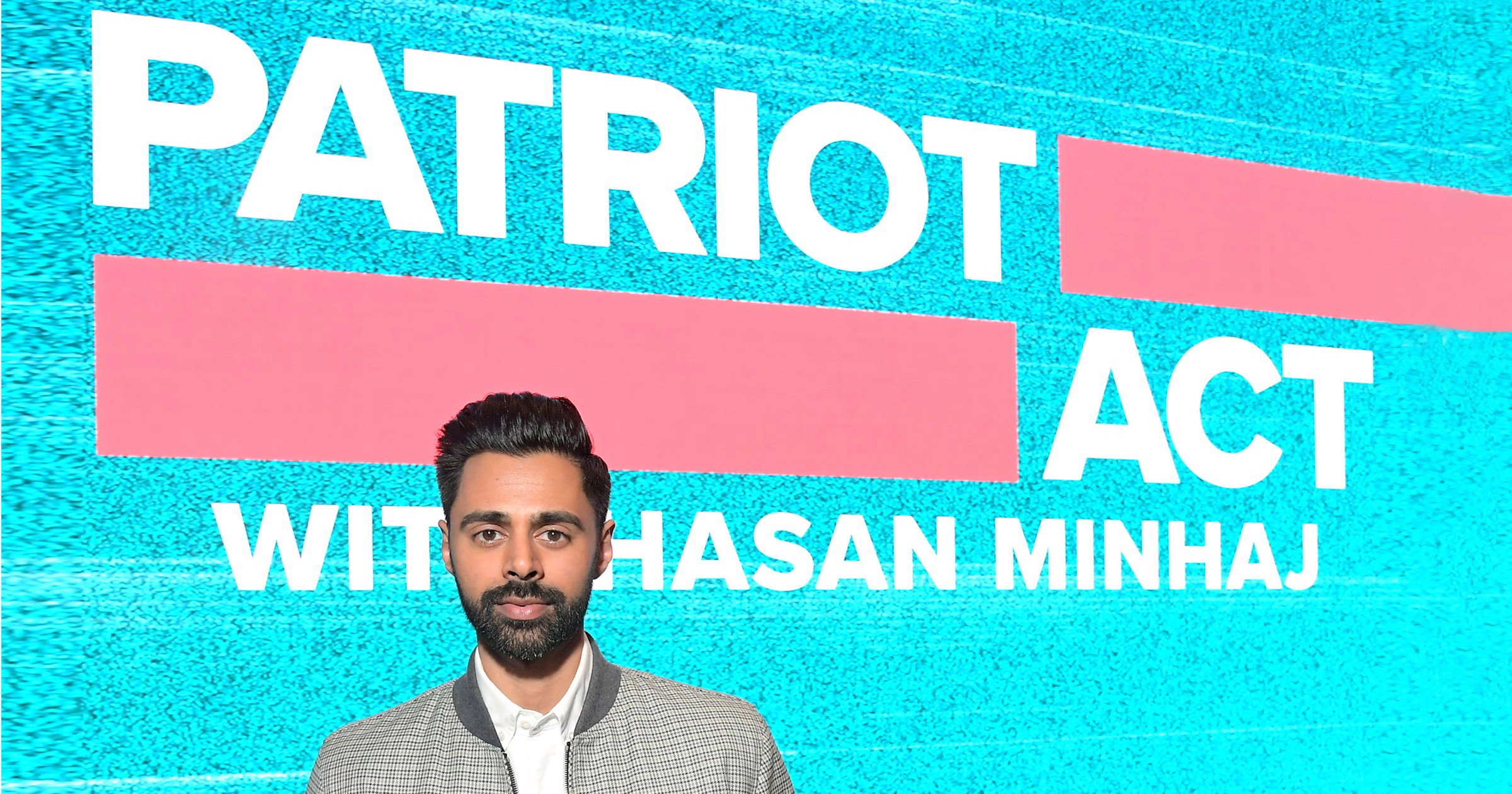 There will be no seventh season for “Patriot Act,” Hasan Minhaj’s weekly talk show on Netflix, as the streaming service “continues to struggle with topical talk shows,” Business Insider said. The Indian American comedian took to Twitter on Aug. 18, to announce the end of the show.

“What a run,” Minhaj wrote on Twitter. “‘Patriot Act’ has come to an end. I got to work with the best writers, producers, researchers, and animators in the game. My 2 babies were born and grew up with the show. TY to @netflix and everyone who watched. Now it’s time to return these screens to Best Buy,” he wrote.

The much-acclaimed show aired for 39 episodes across six seasons on Netflix and covered timely and topical issues. During his show’s run, Minhaj has taken on the student loan debt crisis, immigration enforcement in the Trump era, Amazon’s plan for world domination, Indian elections, etc.

The final season was postponed due to the pandemic and aired on the streaming service in June. The entire show will continue to be available on Netflix.

“Patriot Act” premiered in October 2018 and made international headlines within weeks after Netflix opted to pull an episode that was critical of Saudi Arabia. The show won an Emmy for Outstanding Motion Design and also received a Peabody Award last year.

Netflix signed Minhaj for the talk show in March 2018, for which he exited his role as a correspondent for Comedy Central’s “The Daily Show.” Joining the late-night staple in 2014, he was former host Jon Stewart’s last hire for the show.

In a June 29 interview with Variety, Minhaj said Netflix’s expansive global reach made it a “no brainer” to work with the streaming giant. “It allowed me to break out of the cognitive framework of being in the late-night world with multiple Jimmy’s because I was not speaking to the North American audience anymore, I’m speaking to the world,” he said.

Minhaj also emphasized the need for creators of color to have a bigger platform.

“If you’re a creative of color, now is the time,” he said. “If you have a definitive voice or a project or thing that you want to put forward, I would say, just be unapologetic. Go for it.”

Variety said, “talk shows have been a challenging genre for Netflix’s as an on-demand service, as multiple other shows such as Chelsea Handler’s “Chelsea,” “The Break With Michelle Wolf,” and “The Joel McHale Show With Joel McHale,” all failed to last more than a couple seasons.” Quoting sources the magazine said, “when it comes to renewal decisions for any program, Netflix heavily weighs viewership against the cost of production.”

Most Annoying: Hasan Minhaj Apologizes for His Outlandish Behavior on ‘Celebrity Jeopardy!’