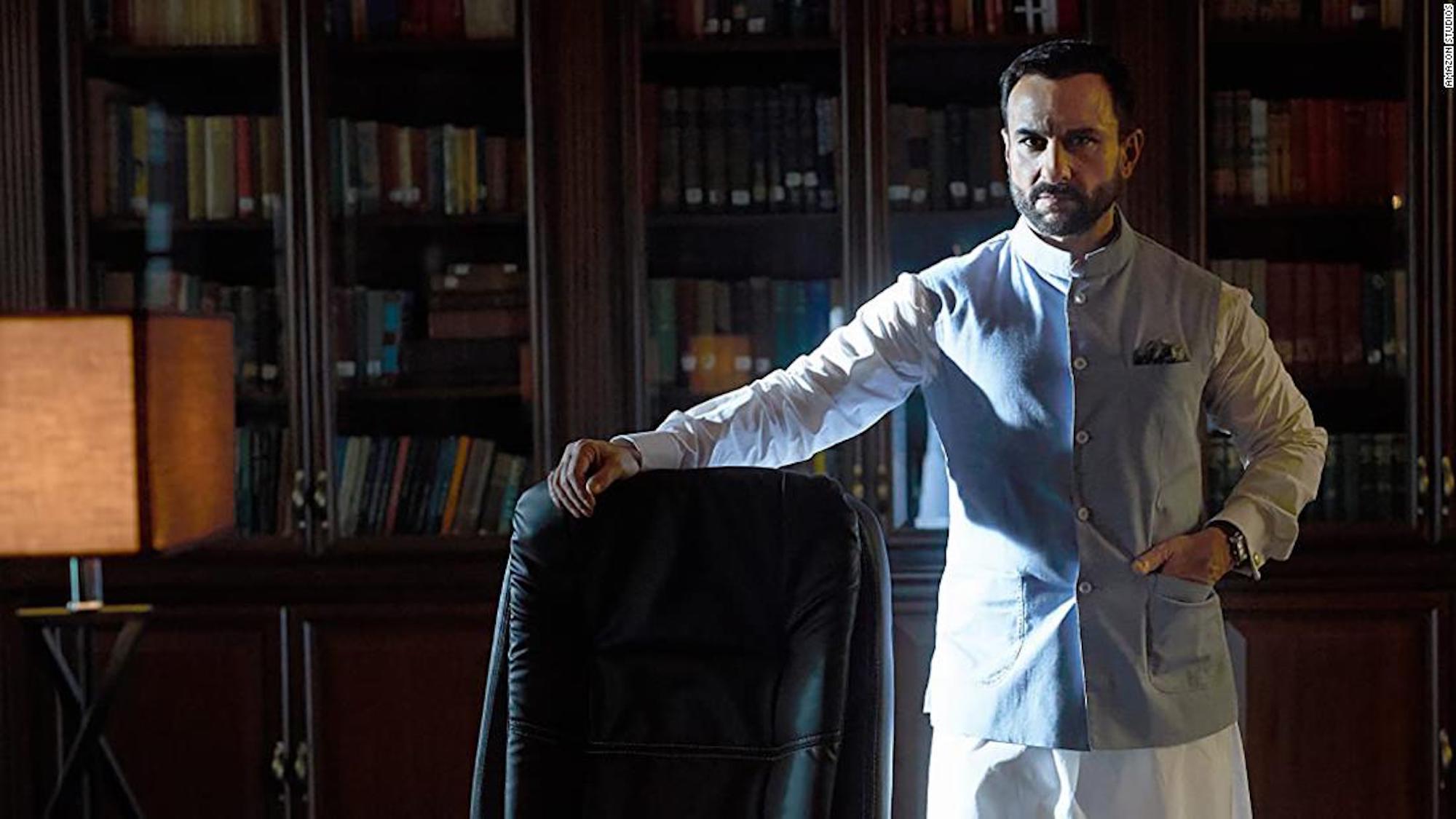 House Impeachment Drama: The Republican Zeitgeist and Can We Bridge This Divide?

In the same vein as politically charged Indian crime thrillers like “Paatal Lok,” “Sacred Games” and more recently, “Mirzapur” and “Scam 1992: The Harshad Mehta Story,” Ali Abbas Zaffar’s “Tandav” on Amazon Prime, is more of a politics-for-dummies than a gripping political expose.

“Tandav” created quite a storm in India on its release this week as several politicians complained to the police or regulators about the company and the show’s creators, claiming that the show includes religiously insensitive content.

Written by Gaurav Solanki, who wrote “Article 15”(Netflix) and headlined by an ensemble cast that includes Saif Ali Khan, Dimple Kapadia, Mohammed Zeeshan Ayyub, Sunil Grover, Tigmanshu Dhulia, Kumud Mishra, in lead roles among many, many others, “Tandav” doesn’t hold a candle to its predecessors, but I’m not willing to write it off quite yet.

Although riddled with cliched-tropes, larger than life figures and lack of cinematic grit or powerful writing, I believe this show has potential.

At the heart of the show are two parallel stories. One is of Samar Pratap (Saif Ali Khan), who is an up-and-coming political leader. He is hell-bent on replacing his father, and the three-time incumbent Devki Nandan (Tigmanshu Dhulia) as India’s Prime Minister, by any means necessary. Devki Nandan is days away from being announced as PM once again, when he is killed (no spoiler alert here as to whodunnit).

We are introduced to other karyakartas (workers) of the JLD party — Gopal Das Munshi (Mishra), who has never been a PM but has witnessed three PMs vacating the 7, Lok Kalyan Marg abode, who stands out in his role, as does Anuradha Kishore (Dimple Kapadia), Nandan’s “mistress” who has always placed love above her political ambitions but is unwilling to do that anymore. She capitalizes on the opportunity of Nandan’s death to blackmail his son and steal the kursi.

We also meet, by extension, her coke-snorting, Versace-sporting son Raghu Kishore (Pahesh Pahuja), who is eyeing the Defense Ministry portfolio this term by virtue of being Anuradha’s son.

While the other story unfolds not too far away, in the VNU campus — a name that leaves little to the imagination. It follows campus activist Shiva (Zeeshan Ayub), who is on a journey to becoming a popular student leader, by mobilizing student support against the status quo. Shiva has no political aspirations, and wishes to join the Civil Service, a stark contrast to Samar, but politics beckons him and draws him in.

Set against the backdrop of satta aur kursi ki age-old ladaai hot-button topics that are dominating Twitter timelines today — the farmers’ protest, student agitation, Muslims are being victimized by cops and even dynasty politics — that we find ourselves neck-deep in today, “Tandav” does glide past all these with some lightness, not giving the issues the seriousness it deserves.

There are also some glaring holes in the fabric of the story. For example, in one scene, Maithili Sharan (Gauhar Khan), Anuradha’s PA, is seen dropping a bag into a dustbin for a blackmailer, at the heart of Delhi’s South Block, an area always under maximum surveillance and security, without any scrutiny or fear of being arrested. Research does not seem to be the director’s strongest suit.

Nonetheless, Timangshu Dhulia dazzles as the all-powerful patriarch, wary of a son he can’t get on with. He lights up the first episode with his tenacious quips and powerful dialogue delivery. So does Sunil Grover as the safari-suit wearing, paan-chewing Gurupal Chauhan, the politician’s henchman, who manages to establish himself as a menacing figure quite effortlessly, building a believable aura of fear around his role as small town goon.

The versatile and erudite actor Zeeshan Ayub looks convincing on-screen, as the azaadi-ki-naari spouting student leader, Shiva Shekhar, but the writing for his role leaves much to be desired, not giving Ayub a chance to showcase his acting repertoire. His rendition of student leader Shiva comes across as stilted and one-dimensional, a self-righteous humanitarian who can do no wrong, although he valiantly tries to give the role his all. When you have a powerhouse like Ayub, it’s a pity not to use him to his full potential.

Saif Ali Khan, on the other hand, looks at home as a man of privilege, and is in fine form as a conniving rogue, hatching evil schemes for political gain and being one step ahead of his competition.

Dimple Kapadia as Anuradha shines effortlessly in her Indira Gandhiesque role. The veteran doesn’t miss a step, however, and classes up this production considerably — the time she reaches forth to seize power is most compelling — and brings depth to her character of a career politician rarely taken seriously because of her affair with a more powerful man. She seems relatable and even likeable as a woman politician looking out for herself and outshines Saif Ali in their on-screen roles together. Her scenes with Kumud Mishra’s Gopal Munshi make for some of the best moments on the show.

Since I am not super-familiar with Indian politics, I’m not sure if “Tandav” is at all accurate about the rivalries and backstabbing that goes on behind closed doors. But the 9-episdoe series communicates that no matter where in the world you are, politics is a dirty, ruthless business, full of people who are willing to do anything to come to power.

To top it off, an unimpressive background score – constant repetition of the theme song ‘Daka Laga Buka’ which has been amply used from “Yuva” — does little to salvage this production.

“Tandav,” perhaps, intended to be India’s “House of Cards,” collapses like one.

Thus, what you get from a show like “Tandav” will fully depend on what you expect, when you hit play.