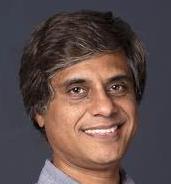 From Ice-Cream to Kolam to Pearls, Women Gear Up for Kamala Devi Harris’ Historic Inauguration

The most impeached President, ever. This needed to happen. He earned it ten times over. I’m relieved it ended up as the most bipartisan impeachment in history. But still a sad, sad day for our country. I watched as much of the House impeachment proceedings as I could. I wanted to hear the perspectives from the Republican side, particularly in the aftermath of the horrific invasion of the U.S. Capitol on January 6th by domestic white extremists. I wanted to get some understanding of the lens through which they perceive our nation’s challenges and the latest crisis we are embroiled in. As a progressive voter, I wanted to see if there are people amongst them who could be reached and reasoned with to forge some common ground. After immersing myself in listening to the impeachment debate, it is my opinion that the Republicans can be classified into three main camps.

The first and smallest group is made up of the 10 “upholders” who seem to have been jolted out of their complacency and complicity by the events of January 6th. These are the ones who voted to uphold our democracy and do the honorable thing by impeaching Trump. They expressed anger about the siege of the Capitol and the danger it put them in. They voted their conscience and held Trump accountable for his lies about the election results, for his incitement of insurrection, for his betrayal of his oath of office. I appreciate that they did this and understand that it must have been difficult for them to do so, given the morally hollow Republican echo chamber they have chosen to be a part of. But I stop short of calling them courageous or brave. Let’s not forget that most of them have enabled this man – his lies, deceit, racism, and bigotry – for four years. They have earned our thanks and some respect by voting for the truth and reinforcing our democratic values, and that’s about it. With this group of Republicans, I feel it is possible to have a reasoned debate and come to some middle ground on tackling the challenges facing our country.

The second group of about 50 representatives are the ones I consider to be “two-faced fence-sitters.” They mostly don’t believe Trump’s lies about massive election fraud. They seem to accept he has some responsibility in inciting the insurrection. Interestingly, most of these representatives also voted against the electoral vote objections during the electoral college vote certification on January 6th. But they are afraid of being attacked by their tribe and desperate to stay in power and win in the next election cycle. So, they chose to support the lies and voted not to impeach. That they could have been injured or killed last week as a result of the coup attempt incited by Trump is evidently not enough to overcome their fear and self-interest to do the decent thing, to perform their constitutional duty.

Predictably, these people made excuses. First, the “not enough time” excuse that there’s only one week left, which means he couldn’t possibly be impeached by the Senate before his term ends, so it’s pointless. In other words, it is acceptable to shrink from their constitutional duties because time is short. Next, the “rushed process” excuse, that the House is not doing a proper job of investigation via the judiciary committee. Hence, while there are merits to the case being made, they cannot support this process. They would like to see a bipartisan committee set up to do a thorough investigation before coming to any conclusions. Like we can’t both walk and chew gum, like they can’t both impeach based on the enormous evidence already staring them in the faces and also establish this bipartisan committee. Third, the “unity and healing” plea that impeachment inflames and further divides our country and that for the sake of unity we need to stop this exercise and come together to heal and focus on the Biden presidency.

Let’s not be fooled — this is not a heartfelt call for unity and healing. It’s an attempt to whitewash this insurrection attempt, to distract us and to evade accountability. It’s analogous to what happened after the Civil War, when the southern states were able to escape consequences for their brutal practice of slavery. They enabled this hateful bigot for four years, especially over the last two months of election fraud lies that have deeply divided the country. Now they want to evade their duty to hold this disgraceful President accountable for inciting an insurrection that put their very lives in jeopardy. They want to run away from his and their responsibility in stoking this division. They are willing to manipulate us, game the system, rationalize their conduct, and look the other way as long as it benefits them. Even if the cost is damaging the very foundations of our democracy.

The third and largest camp of about 140 representatives are the unapologetic “fascists.” I won’t call them Trumpists because I don’t believe what they are doing is any longer about Trump. They are using fear of Trump as cover so they can blame him for their own racism and bigotry. They are true believers of this white-supremacist, fascist movement and their world view is the same as Trump’s. They were just too cowardly to come out into the open until Trump emboldened them. They believe they are entitled to take what they want, by force if necessary, no matter who they are hurting in the process. They believe in personal freedom over and above the safety and health of our communities and our country. In fact, even over and above the safety of their colleagues in Congress, when they refused to wear face masks during the Capitol invasion. They believe in forcible suppression of views that conflict with their worldview. These are the ones who believe in the MAGA lies that they are victims, that as superior whites, they are entitled to more than people of color and immigrants from “shithole” countries, and to maintain the status quo. They deny that there is systemic racism and declare that the problems faced by people of color are purely due to economic reasons or due to lack of personal responsibility. They believe the big lie of a stolen election – that the only way they could have lost the election, despite their massive efforts at voter disenfranchisement of people of color, must be due to fraud. They are willing to do anything, even use unethical means, to stay in power. These values underscore their embrace of a fascist mindset.

What is scary to contemplate about this last camp is that it doesn’t comprise just these 140 or so representatives. This camp also happens to comprise about 25% of the voters in this country who believe Trump’s lies about the election and about what ails our country. They have been radicalized over the past 20 years with FOX News and other right-wing influencers and social media. I’m convinced that we cannot reason with them in good faith because we have no common ground of facts and truth that we share. Unfortunately, this means that we’re in for some serious pain as a country with little chance for unity. We just need to brace ourselves for a very bumpy decade or longer of intransigence, resistance and potentially violent protests.

Can We Bridge This Divide?

First, the good news. It does seem possible for us to engage with many Republicans in the first two camps to work together in bipartisan fashion on the multiple crises our country is battling with. While I don’t believe we can reason with the vast majority of the Republicans in the fascist camp, I do believe that we can take steps to starve them of their immersion in the MAGA fantasy world. It’s like treating an addiction, you have to first remove their access to the drugs. So, the first step is to dilute the power of the MAGA despot feeding their fears by impeaching him in the senate, disqualifying him from ever running for office, holding him criminally liable for insurrection, and permanently banning his social media megaphones like Twitter, Facebook and Instagram. Next, we need to cut off other sources of funds for the MAGA brand advocates such as money from corporations and foundations by urging them to withhold funds from the Republicans who voted to overturn the election results. In addition, we need to reform the section 230 of the communications decency act and introduce a modern version of the FCC Fairness doctrine to make it harder for right-wing, MAGA media to spread their toxic lies. It’s going to be a long, difficult road, but hopefully a significant period of time on this detox program will eventually bring a number of them back to earth.

Most importantly, we must immediately take meaningful steps to address the serious and systemic problems of economic, social, and racial injustice that have devastated the low income and middle-class households in this country. We need people to believe that their future will be brighter and for them to see the path to this better life. We need people to trust their government to take care of them when they need help. What makes me optimistic is that we have four years of the Biden-Harris administration and at least two years of the trifecta of House, Senate, and Presidency for the Democrats. We also have a weakened Republican party in turmoil. We have to take maximum advantage of this golden opportunity to fortify our country and democracy from this mob. The Biden-Harris administration and Democrats need to aggressively push for progressive reforms on green energy, social justice, criminal justice, economic equality, voting rights, workers rights, health care, infrastructure, and immigration. Yes, the new administration needs to do this while maintaining laser focus on helping the country recover from the Covid-19 nightmare and its ensuing economic devastation. It’s a tall order, especially given the extremely tight margins in the House and the Senate. But we have accomplished difficult tasks before, and we can do so again. As citizens and voters, it is critical that we stay actively engaged in grassroots mobilization to build momentum with the people and to maintain the pressure on the Biden-Harris administration, the Democrats, and the Republicans who will listen to build an America that provides equal opportunity for all and makes our country more just, equitable and inclusive.

Sriram Rajagopalan has lived in the beautiful Pacific NW for more than 30 years, with the love of his life and a rich community of friends. It’s truly home – for his body and his heart. After many, many years of working in various engineering leadership roles for a local software corporation, Sriram is now pursuing a solo consulting practice in search of greater flexibility, fulfillment, and fun. In his spare time, he loves to travel, bike, hike, read, and support social causes that help make our community better.