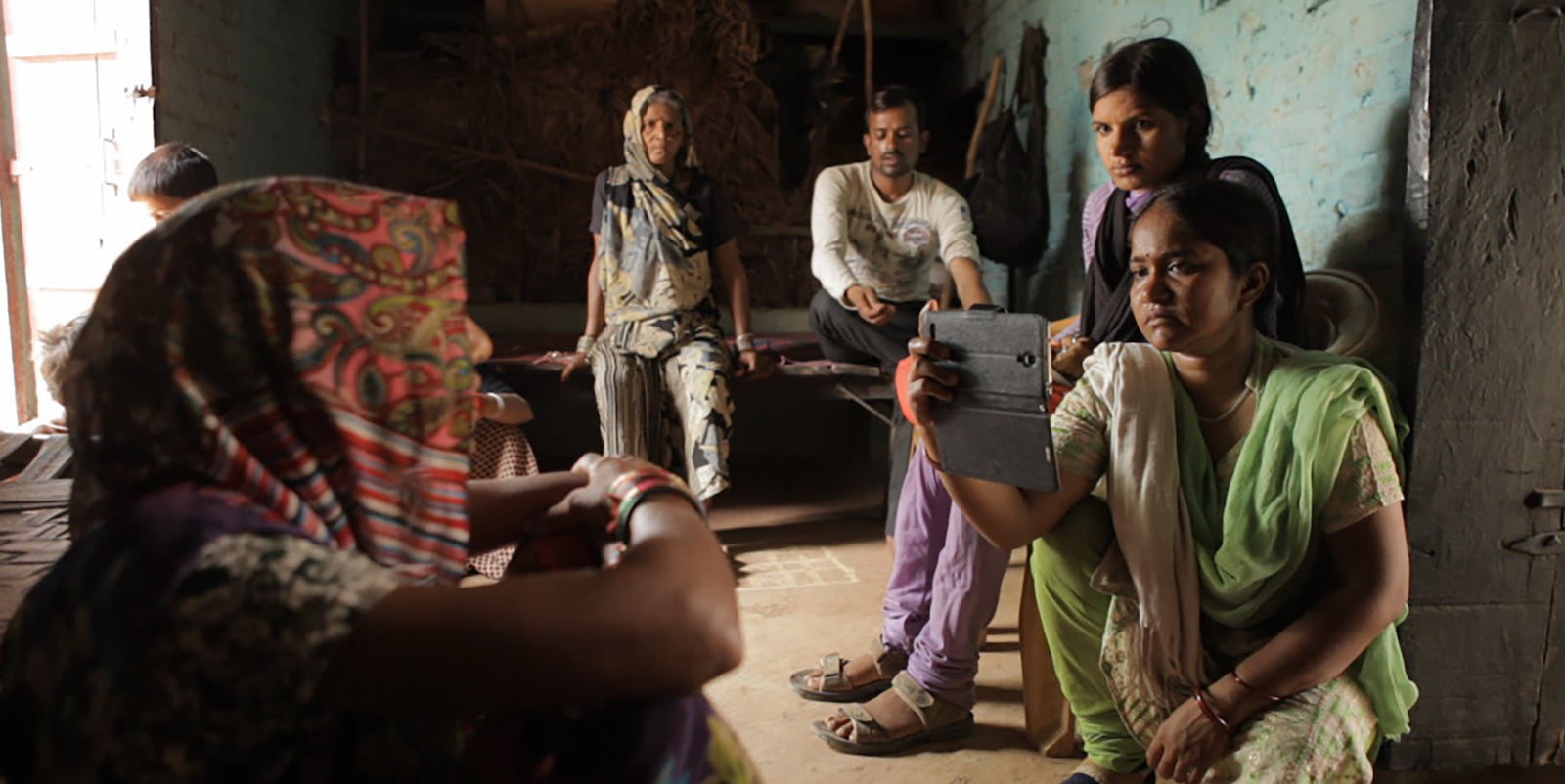 The Sundance Film Festival was held from Jan. 28 to Feb. 3 in Park City, Utah. It was held virtually because of the coronavirus pandemic.

“Writing With Fire” follows an ambitious group of Dalit women — led by their chief reporter, Meera — as the team switches from print to digital in order to stay relevant. “Armed with smartphones and the courage and conviction one must be born with, they investigate the incompetence of the local police force, listen to and stand by victims of caste and gender violence, and challenge long-standing, harmful practices that lead to injustice and intimidation.” the film’s synopsis reads.

These women belong to Khabar Lahariya and the documentary follows them as they make the transition from print to digital, shooting stories on their mobile phones and disseminating via their YouTube channel. “The three women the film primarily follows — chief reporter Meera and reporters Suneeta and Shyamkali — needed no empowerment from the filmmakers,” Variety says in its review. “The journalists are from the Dalit community, a so-called ‘lower’ caste in India’s old and entrenched caste system, a barrier that they triumphantly surmounted along with their sex in a deeply sexist part of the world.”

In its review, IndieWire writes that Writing With Fire” “follows the brave journalists of India’s only women-run newspaper, blending the personal and professional with a deft touch.”

In an interview with Filmmaker magazine, Thomas and Ghosh said “Writing With Fire” was “steeped in its immediate culture, geography and history.” Noting that it was “very important” to them “that the authenticity of the story is not compromised in the pursuit of making it a film that can be accessed by an international audience.” Adding that it was “a very delicate balance,” they admitted that there was “a temptation in the earlier drafts of the film to explain certain contexts, character motivations.”

Throughout the process of making the film over five years, they said they “never allowed ourselves to have footage fatigue. So every time we went back to the footage, there was something new hiding in there, which we had ignored earlier or thought was not relevant enough. The footage remains the same; you’re just asking a different question every time. So with every edit pass, we experienced the narrative finding its own voice and the need to “explain” started diminishing. Now that the film is ready, we can see very clearly what edit decisions led to a story that’s unique yet universal.”

Stating that the characters in the film are “Dalit women journalists who are chipping away at one of the cruelest systems of social hierarchy and exclusion.,” they said: “So when these women empower themselves to become the voice of those who are voiceless, they do so by belonging to the same reality of the people whose lives they are reporting on. Our key goal was to make this connection between the personal and the professional, the micro and the macro picture omnipresent throughout the film.”

Another goal was “to keep the lens of the story intimate and one of dignity. The representation of Dalit women in our popular culture is that of oppression and victimhood. The image of a thinking, articulate Dalit woman with agency is completely missing. We wanted the film to tell the story of modern Dalit women as colleagues, bosses, leaders and risktakers. Our characters articulate a bold vision for the future and we knew very early on that this had to be an underscore for the edit.

Among awardees is Indian American Kristina Motwani who, along with Rebecca Adorno won the best documentary editing award for Peter Nick’s “Homeroom,” about a senior at Oakland High School. The San Francisco-based is a producer, director, video editor and story consultant. A  2019 DOCNYC 40 under 40 honoree, was a 2017 BAVC National MediaMaker Fellow and a 2018 SFFilm FilmHouse Resident. Her work has screened at the Sundance Film Festival, Tribeca, SFFilm festival and more, and has been seen on PBS, Netflix and the World Channel. She has been nominated for a regional Emmy award and received awards from the SF Press Club, the Tellys and the Society for Professional Journalism. She is a judge for the news and doc Emmy Awards and is currently teaching editing at UC Berkeley Graduate School of Journalism. She is also a member of the Brown Girls Doc Mafia, a group of women of color who work in Documentary film.

Two other entries from India were also screened at the festival.

“Fire in the Mountains,” directed by debutant Ajitpal Singh, was another Indian title to be screened at the festival. The family drama, revolving around a mother who toils to save money to build a road in a remote Himalayan village to take her wheelchair-bound son for physiotherapy but her husband believes that a shamanic ritual (Jagar) is the remedy, premiered in the World Cinema Dramatic Competition segment.

The short film “Lata,” directed by Indian American Alisha Tejpal and written by Tejpal and Mireya Martinez, follows the daily routine of a domestic laborer in an upper-class home in Mumbai“Honing a quiet strength, Lata, a 23-year-old domestic worker, navigates her way through an upper class home in South Mumbai,” the film’s synopsis says. “Doors consistently open and close, giving Lata selective access to the various contending realities that occupy this space.”

In 2015, Prashant Nair’s Umrika won the Audience Award in the World Cinema Dramatic Competition. Other films like Shonali Bose’s “Margarita With A Straw,” Neeraj Ghaywan’s “Masaan”, and Ritesh Batra’s “The Lunchbox” have also received support from Sundance.