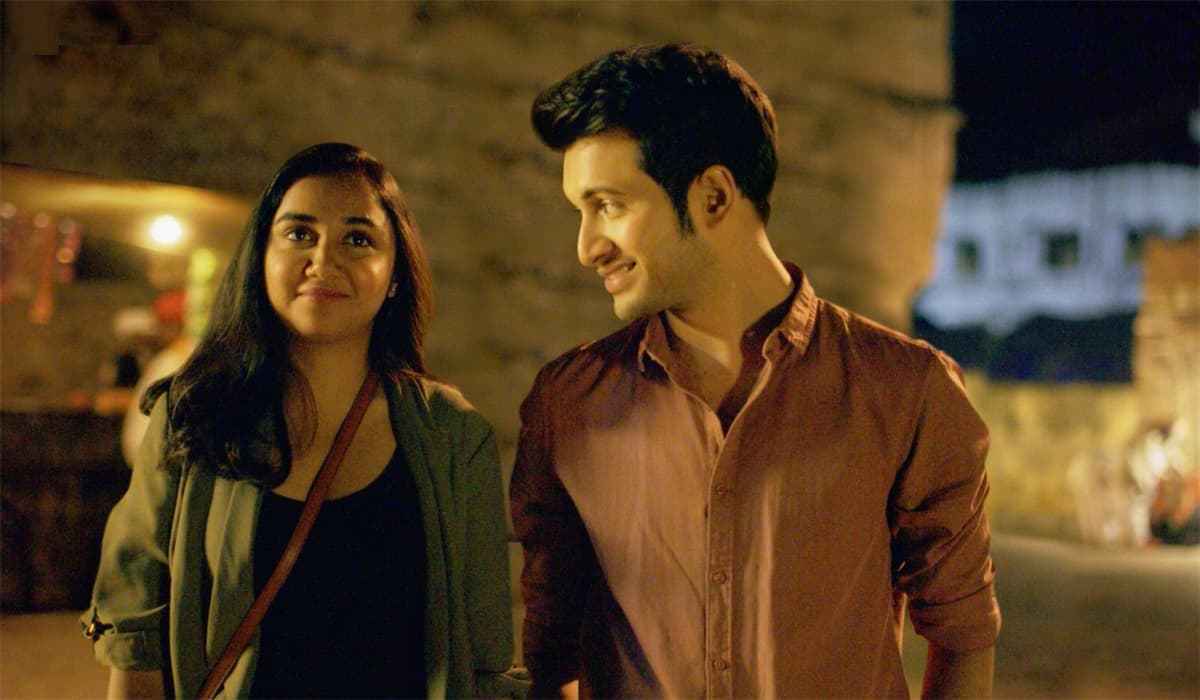 What’s in a Middle Name?: The Significance of ‘Devi’ in Kamala Harris’s Name

Another addition in Netflix’s endless rom-com list is a new original series “Mismatched,” starring Prajakta Koli (Dimple) and Rohit Saraf (Rishi) in lead roles. Written by Gazal Dhaliwal and based on the novel “When Dimple Met Rishi” by Sandhya Menon, “Mismatched” is a light and funny rom-com that deftly examines just how the millennial Indian women are resisting the age-old tradition of arranged marriage and subservience that have plagued Indian society.

The gist of this cutesy boy-meets-girl love story that tries to pen down the careless, carefree yet ambitious attitude of the millennials is as follows.

Boy-next-door, Rishi Singh Shekhawat (Rohit Saraf) is an “old school” guy who loves car rides with his dadi and listening to old Hindi film songs. Even though he’s only 18, he doesn’t believe in dating apps or the idea of “fate.” Rishi lives with his dadi, younger brother and his womanizing father near Jaipur, and he’s always appreciated the solid marriage his grandparents had for over 50 years, even though it was arranged when they were both around Rishi’s age. Rishi wants to recreate this magic for himself in 2020.

He heads to Aravali Institute with his best friend Namrata Bidasaria (Devyani Shorey) — and yes, people think they’re a couple — looking for a girl named Dimple Ahuja (Prajakta Koli) jisse dekhte hi Rishi ko pyaar ho gaya tha. When he finds her — after running into her purple-haired roomie Celina Matthews (Muskkaan Jafereadi) — he taps Dimple on the shoulder and says, “Hello, future wife,” only to be met with cold coffee in his face.

We then cut to the city of Ambala where we get to know Dimple, who has ambitions well beyond what her mother wants for her. Her mother wants her to marry and open a small cyber café – Dimple Café – in the galli. But Dimple has other plans. She wants to create the next great app, head to Silicon Valley, the bastion of all tech gurus and become the next, big tech giant.

We learn that she has applied to a 3-month app-development summer programming course at, of course, the Aravalli Institute, and when she’s accepted, she doubts her parents will let her go, but she’s surprised when she’s allowed to go by an emotional mom and dad who bid her adieu to the tunes of ‘Jab koi baat bigar jaye’… The parental change of heart, of course, is some surreptitious matchmaking by mommy dearest who is aware that Rishi is interested in marrying Dimple and will be at the same institute. Dimple is completely unaware that her mother has not hit the pause button on the shaadi talk at home.

She goes to Jaipur, meets free-wheeling Celina and an older student named Zeenat (Vidya Malavade), who’s nervous about being in a class with people who are half her age.

In Jaipur, Rishi, Namatra and his grandmother look through pictures of girls on a matchmaking site. When he sees Dimple, the only one wearing a T-shirt and no makeup, he’s smitten with her natural beauty. He signs up for the programming course specifically to meet her. Clearly this course has very loose application criteria since his best bud Namrata also gets admission there. Maybe a visit to the real world of course applications would have done the writer/director some good. But I digress.

When Rishi does meet his sapnon ki rani (lady of his dreams), her response isn’t exactly what he expects – remember coffee on his face.

What I found intriguing, and why I binged watched the first two episodes, is that Dhaliwal creates a world around Dimple and Nishi that takes some of the story load off these two kids and stops this from being just another coming-of-age romantic drama.

In the first episode, we meet Celine and Zeenat, but we also meet Anmol (Taaruk Raina), an arrogant, misogynistic wheelchair-bound gamer, with a YouTube and Twitch following, Simran (Kritika Bharadwaj), a fashion-obsessed Insta-influencer, and Harsh (Vihaan Samat), who’s from California and is taking the class just to get away from the grandparents he’s visiting for the summer. Again, very loose application criteria.

From the second episode on, that world starts getting fleshed out, so we can see Dimple and Rishi learning from a new group of friends, instead of just seeing Rishi try to woo Dimple. It’s a more gratifying way of approaching the story, and it just enhances the chemistry that slowly develops between the two main characters.

The show also revels in small comedic moments, like when the class’ instructor, Siddharth Sinha (Rannvijay Singha), fiddles with Anmol’s wheelchair or musses another student’s hair. Most of all, though, it knows that this show’s laughs will depend on developing strong characters, and by the end of the second episode, Mismatched is well on the way to accomplishing that.

However, the problem in “Mismatched” is it tries to over-complicate the simple love story. Initially, it tries to merge it with a coming-of-age plotline with teenagers trying to find their way in life, along with their sexuality (yes there is reference to homosexuality) but as we reach the last episode that just falls apart.

Also, the fact that Dimple’s mother was pushing for her daughter’s wedding at the age of 17 does seem a bit stretched. And for Rishi to completely be okay, actually enthusiastic for marriage in his teens does not fit quite well in the ‘modern millennial’ plotline. Especially when he had only seen a picture of Dimple.

Let’s also talk about the cliché representation of characters, who for some reason are always rude and angry with each other. There is of course the requisite bunch of rich kids who are always extra mean to the ‘not-so-privileged’ students of the class a.k.a Dimple. Then there’s the NRI, who criticizes basically everything about the country including the state of the wifi.

Even if we ignore all these factors, the thing which really went too far and gave us Student of the Year feel, was when they held a proper stage competition with an anchor and fancy lights for a small gaming bet between Dimple and another student. A bit far-fetched I say.

What works for the show? The chemistry between Dimple and Rishi is on point and makes us root for the couple. That’s why the end of season 1 is so upsetting…spoiler alert. The story of the other characters- the subtle romance between Professor Siddharth and an older student Zeenat, Namrata’s coming out of the closet story and Anmol’s fight with disability – all these parallel storylines are executed well and draw you into the show. I also enjoyed the scenes in which Dimple snaps back at all the sexist remarks made by other students and her mother. Whether it is standing up for female gamers or her dark skin color, her comebacks are on point.

So, if you have no other show to binge-watch this weekend, you can give Netflix’s “Mismatched” a try.