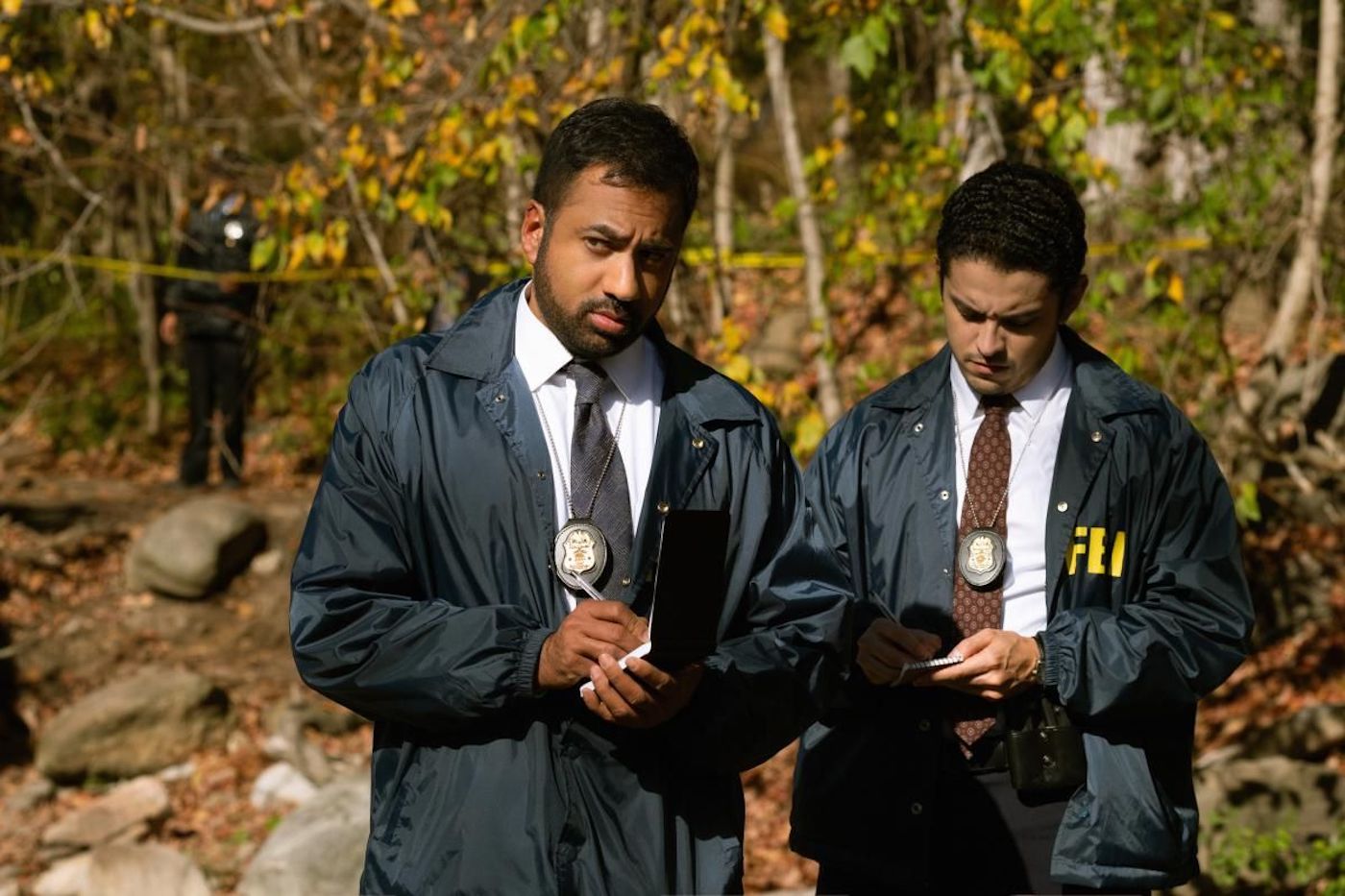 Last seen on NBC’s immigrant-themed comedy, “Sunnyside,” Kal Penn returned to network television in the CBS psycho-thriller “Clarice,” which debuted on Feb. 11. Nearly 30 years to the day that the Oscar-winning film, “Silence of the Lambs,” debuted in American theaters, in a role that Jodie Foster stamped into movie history opposite Anthony Hopkins’ Dr. Hannibal Lecter, the sequel series “Clarice,” is off to a solid, if unspectacular start.

From acclaimed executive producers Alex Kurtzman and Jenny Lumet, and starring Rebecca Breeds (“Pretty Little Liars”) in the title role, “Clarice” is a deep dive into the untold personal story of brilliant and vulnerable FBI agent Clarice Starling as she returns to the field in 1993, six months after the events of “The Silence of the Lambs.”

“Like most people, I’m a huge “Silence of the Lambs” fan, so having the opportunity to join Jenny Lumet and Alex Kurtzman on this project is very exciting,” Penn said to Deadline. “All of our conversations about ‘Clarice’ thus far are so grounded in art and storytelling. It’s suspense, it’s a thriller, and it’s thoughtful.”

Unlike the NBC series several years ago, which focused on Hannibal Lecter and his culinary pursuits before the events of the film, “Clarice” opens in 1993. Following on the events of the movie, it’s been a year since FBI agent Clarice shot and killed Buffalo Bill and saved his next intended victim, Catherine Martin (Marnee Carpenter), from the hand (and knives) of the depraved serial killer in his creepy underground lair.

Catherine’s mother, Ruth Martin (Jayne Atkinson), is now the U.S. Attorney General, and summons Clarice — who’d returned to her forensic profiling — to Washington, D.C., after two women are found dead in the Anacostia River, the apparent victims of a serial killer who viciously bit and stabbed them both, multiple times, before shooting them in the head. There appears to be nothing linking the victims, but we know better.

The series sees Clarice dealing with the traumatic aftermath of the film’s events while also joining a select FBI task force set up to investigate and apprehend serial killers. Clarice, who temporarily moves in with FBI colleague Ardelia Mapp (Devyn A. Tyler), isn’t thrilled about her new assignment; she’s suffering from PTSD post-Buffalo Bill (Hannibal Lecter is referenced in passing, but not by name), and has been ignoring phone calls from troubled Catherine Martin, who wants to talk to Clarice about their shared trauma.

She’s also not so sure there’s another serial killer on the loose, which doesn’t endear her to her new boss at the FBI, Paul Krendler (Michael Cudlitz). He thinks she was in the right place at the right time vis a vis Buffalo Bill and is still too green, feelings shared by his team members: military sniper Tomas Esquivel (Lucca De Oliveira); Shaan Tripathi (Kal Penn); and cynical technical guy Murray Clark (Nick Sandow).

According to Deadline, Penn plays Shaan Tripathi, an agent with a Ph.D. in library science. “Tripathi is the conduit between the Fly Team and VICAP’s growing database, as opposed to Clarice’s unique knowledge of Behavioral Sciences. A former curator for the Smithsonian, FBI is, for him, a second career. With expertise in all things archival — from insects, to ancient manuscripts, to missing children. Tripathi makes the driest patterns of forensic evidence feel like they came from Dante,” Deadline said. Feels like a nice way of saying he’s the nerd.

Fans of Penn will know, “Clarice” actually marks a reunion for Rebecca Breeds and Penn, who previously starred in the short-lived CBS sitcom “We Are Men” together. The crime drama also marks the second time the 43-year-old actor has played a character with a badge among more famously playing a doctor (like on “House”), stoners (particularly in the “Harold & Kumar” franchise), or White House employees (on CBS’ “Designated Survivor” and in real life, too).

And Penn will probably always be recognized first and foremost as one half of the title pair in “Harold and Kumar Go to White Castle,” but we should probably talk just as much about his appointment in 2009 to the Obama administration’s Office of Public Engagement. He’s also starred in films like The Namesake and Van Wilder.

I wouldn’t call “Clarice” gripping, but it did grab my attention and kept it there, with the promise of an interesting Season 1, and enough action to retain my interest — including flashbacks to Buffalo Bill, which should assuage the movie’s fan-base. Alex Kurtzman, Jenny Lumet and Heather Kadin are executive producers for MGM Television and CBS Television Studios in association with Secret Hideout.