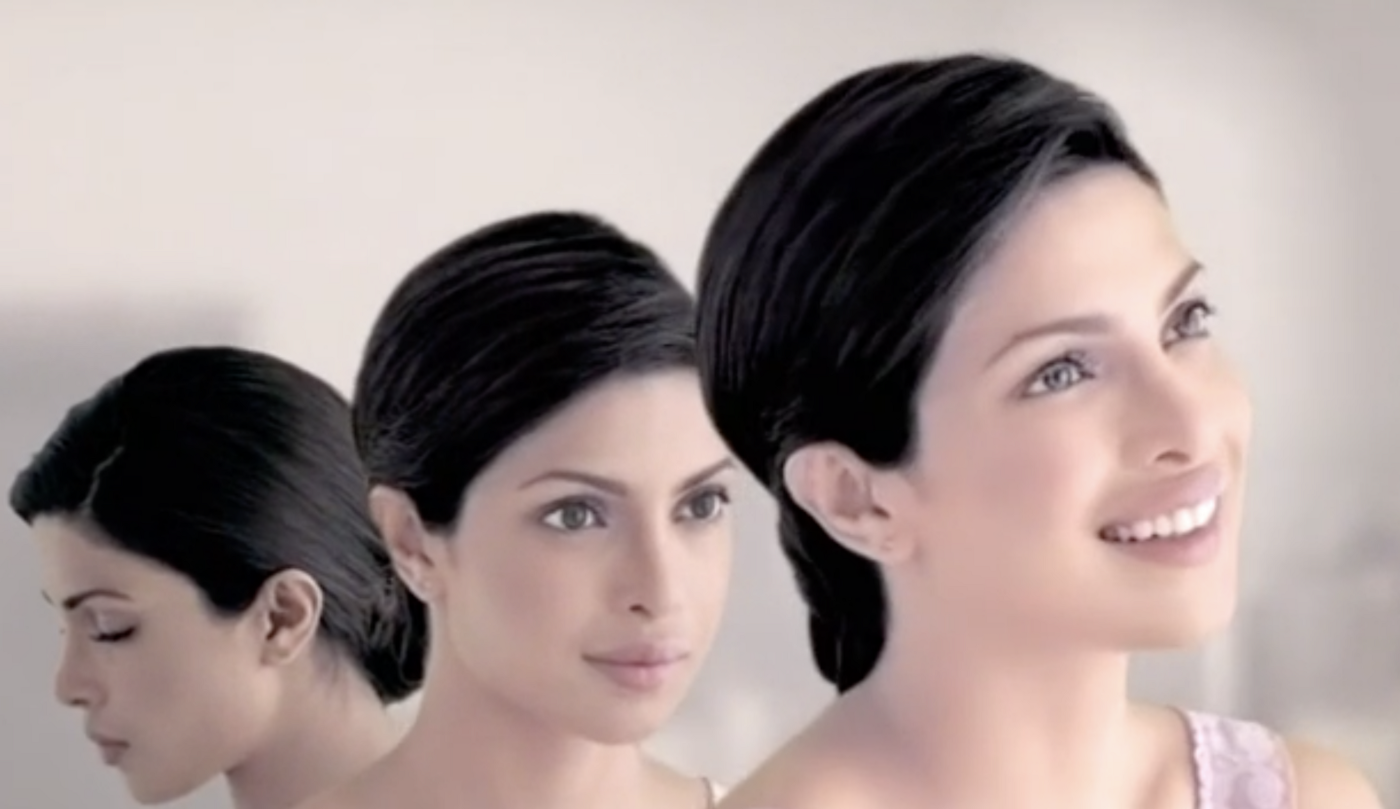 That Bollywood has a major role in perpetuating colorism in India and South Asia at large isn’t really a secret. For years, Bollywood actors have been promoting skin lightening products and “fairness creams” with the promise of helping the user get one shade closer to fame and success.

In 2020, the Black Lives Matter protests in the wake of George Floyd’s murder reignited a conversation on this preference for lighter skin in India’s Hindi film industry, and how it not only gives out roles to predominantly fair-skinned actors but also indulges in brownface to portray dark skinned characters. An article by CNN found that Bollywood also had a far less flattering reputation — for promoting the offensive practice of brownface, a racist practice. Super hits like “Gully Boy,” “Bala” and “Super 30,” all released in 2019 were reportedly among the ​25 highest-grossing Bollywood movies​. All three used brownface.

Now, a new AI study by Indian American computer scientists at Carnegie Mellon University has found that the $2.5 billion industry, the trendsetter for beauty ideals for Indian men and women, continues to associate beauty with fairer skin. The researchers explored evolving social biases in the $2.1 billion film industry by analyzing movie dialogues from the last 70 years.

The researchers, led by Kunal Khadilkar and Ashiqur KhudaBukhsh of CMU’s Language Technologies Institute (LTI), first selected 100 popular Bollywood films from each of the past seven decades, along with 100 of the top-grossing Hollywood movies from the same period. They then used statistical language models to analyze subtitles of those 1,400 films for gender and social biases, looking for such factors as what words are closely associated with each other.

“Our argument is simple,” the researchers told CMU News. “Popular movie content reflects social norms and beliefs in some form or shape.” Khadilkar told CMU News  that “most cultural studies of movies might consider five or 10 movies. Our method can look at 2,000 movies in a matter of days.”

It’s a method that enables people to study cultural issues with much more precision, Tom Mitchell, Founders University professor in the School of Computer Science and a co-author of the study, told CMU News. “We’re talking about statistical, automated analysis of movies at scale and across time,” Mitchell said. “It gives us a finer probe for understanding the cultural themes implicit in these films.” The same natural language processing tools might be used to rapidly analyze hundreds or thousands of books, magazine articles, radio transcripts or social media posts, he added.

The researchers investigated depictions of beauty in the movies by using a fill-in-the-blank assessment known as a cloze test. They trained a language model on the movie subtitles, and then set it to complete the following sentence: A beautiful woman should have [ ] skin. Essentially, it’s an exercise to complete: “A beautiful woman should have WHITE skin.” While the base model they used predicted “soft” as the answer, their fine- tuned version consistently selected the word “fair.” The same thing happened when the model was trained on Hollywood subtitles, although the bias was less pronounced.

The researchers attribute the difference to “the age-old affinity toward lighter skin in Indian culture.” However, this attitude seems to be gradually changing in the country as people are starting to understand the disastrous impact of colorism. As a result, we recently witnessed Hindustan Unilever change the name of its popular moisturizing cream from “Fair & Lovely” to “Glow & Lovely” in India. However, they didn’t just study how much those in the movies love promoting Eurocentric beauty standards, but also the sex ratio between characters by analyzing gendered pronouns in films.

To assess the prevalence of male characters, the researchers used a metric called Male Pronoun Ratio (MPR), which compares the occurrence of male pronouns such as “he” and “him” with the total occurrences of male and female pronouns. The results showed that Bollywood’s progress towards gender parity, even simply in the characters depicted, has been rather slow. From 1950 through today, the MPR for both Bollywood and Hollywood movies ranged from roughly 60 to 65 male pronouns per 100 overall pronouns. By contrast, the MPR for a selection of Google Books dropped from near 75 in the 1950s to an equal 50 in the 2020s. But this gender bias isn’t just reflected in the use of pronouns in films.

Featuring as a plot point in 10 percent of the movies analyzed, the birth of a child often symbolizes a turning point or new beginnings in Bollywood. By analyzing dialogues revolving around childbirth and including words like “birth,” “baby,” “pregnant,” “pregnancy,” “congratulations”,  as well as phrases like “It’s a boy” and “It’s a girl,” researchers found that the Male Birth Ratio (MBR) was a dismal 73.9 in the old classics. However, in recent times, the sex of the babies at birth has become more or less equal with approximately 54.4 male newborns as compared to female newborns. The cinema seems to paint a rosier picture of the sex ratio at birth than in India’s reality, where only 899 girls are born per 1,000 boys.

The research revealed that babies whose births were depicted in Bollywood films from the 1950s and 60s were more often than not boys; in today’s films, boy and girl newborns are about evenly split.

The study also studied Bollywood’s attitude towards dowry, “monetary or property gifts from a bride’s family to the groom’s.” Even though it was formally outlawed in the 1960s, the tradition is still very much practiced. According to data as stated in a report by Vice, in India, every day, 20 women are tortured, harassed, and even burnt to death or driven to suicide by the groom’s family if they’re unable to fulfill demands for dowry.

The study thus found that in the 50s and 60s, dowries were socially acceptable; today, not so much. Looking at words associated with dowry over the years, the researchers found such words as “loan,” “debt” and “jewelry” in Bollywood films of the 50s, which suggested compliance. By the 1970s, other words, such as “consent” and “responsibility,” began to appear, the study says.  Finally, in the 2000s, the words most closely associated with dowry — including “trouble,” “divorce” and “refused” — indicate noncompliance or its consequences.

To no one’s surprise, popular Bollywood movies find themselves based mostly amidst the glam of big cities, promoting a fast-paced, capitalistic lifestyle as the only choice. However, the study found that over time, Bollywood has become geographically more inclusive. And yet, the Northeastern states remain largely absent from the screen. The states of Manipur, Arunachal Pradesh, Meghalaya, Tripura, and Mizoram don’t even find a single mention in over 500 movies across 70 years, giving the people living there further reason to feel alienated from the rest of the country.

The study also reflected on religious and caste representation in Bollywood films, which have often been called out for having a majority of upper-caste Hindu protagonists. By annotating the surnames appearing in the movies, the study found that the representation of religions other than Hinduism has increased in recent years, in a way that’s more or less consistent with the census numbers.

In a country where being a doctor is still considered one of the few respectable professions, the observed representation for the coveted profession is quite skewed, with a large number of surnames being Brahmins. The top surnames for doctors in the movies included the likes of Kapoor, Chopra, Khurana, Tripathi, Kapoor, Ansari, and Awasthi, all upper caste titles. Such nuances, although easy to overlook, seem to confirm the institutionalized caste bias in times where Dalit doctors still face discrimination.

As people in India get more sensitive about allusions to religion in pop culture, social media has also become a cesspool of religious hate, with people using derogatory terms for those hailing from other religions. By comparing religious mentions in movies to raw social media data, the study finds, however, that while words like “terrorists” and “fools” often rear their ugly heads on online platforms indicating religious polarization, movies do not reflect such a divide. “All of these things we kind of knew,” KhudaBukhsh told CMU News, “but now we have numbers to quantify them. And we can also see the progress over the last 70 years as these biases have been reduced.”

The findings were presented at the Association for the Advancement of Artificial Intelligence virtual conference earlier this month.