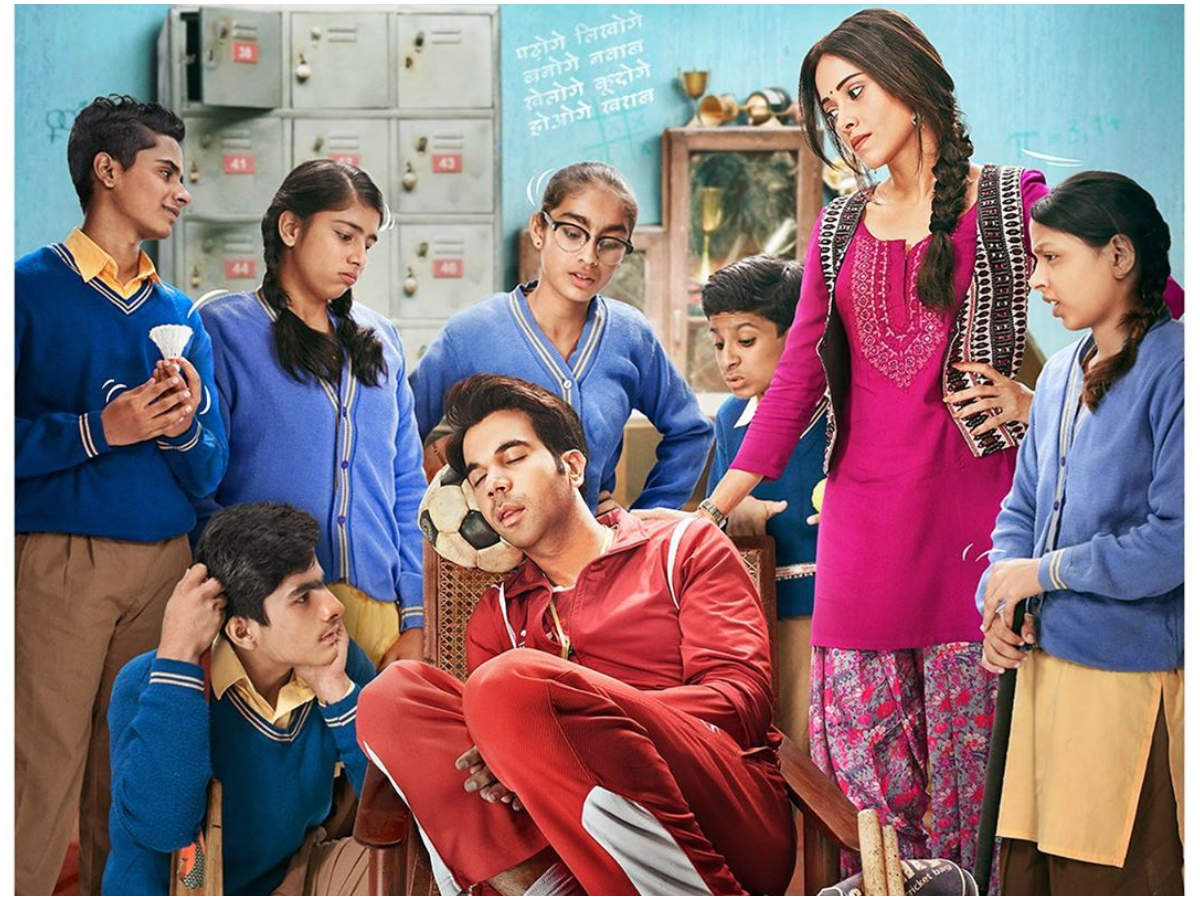 The Corona-housebound-Diwali celebrations of 2020 kicked off with this hidden gem, the latest comedy-sport-social drama by Hansal Mehta that flew under the radar – “Chhalaang.”

For a while now, the Hansal Mehta-Rajkummar Rao jodi has been working smoothly to deliver a series of films, which combine socially relevant meaning with mainstream masala (notably “City Lights” and “Shahid”). “Chhalaang,” their new collaboration, takes us to small-town Haryana, where a bunch of characters learn to negotiate small-bumps-in-the-road while imbibing big life lessons, and taking a giant leap of faith.

Starting off like all sports films, which are notoriously about underdogs, their struggle to match their opponents and then, in an inspired moment, to surpass them, Chhalaang stays true to this genre.

The film then breaks off and stays true to another template — the saga of a brash, misogynistic small-town man evolving into an understanding feminist of sorts.

“Chhalaang” centers around Montu urf Mahinder (Rao), a no-good, lazy physical training instructor in a school. He harasses couples during Valentine’s Day with a group of goons, all in the name of upholding desi sanskaar. Now, this leader of the anti-Romeo squad has a change of heart when he is told off by his new, attractive colleague, computer teacher Neelima (Nushrat Bharucha), who is the daughter of one of the couples he harassed (big shocker there!)

The underdog theme in this film is strong from the motley group of kids Montu gathers for a tournament against his arch-rival, Singh (Mohammed Zeeshan Ayub) to Montu himself, a worthless teacher who suddenly has to turn into a Kabir Khanesque (“Chak De”) coach to lead his team to victory against the college-certified experienced coach, keep his job and win his lady love.

The first thing that strikes you in this movie is the all-round authenticity of settings and accents. Rao, playing a good-for-nothing PT teacher in a local school, leads the way. One of the hardest things to pull off is the Haryanvi accent without sounding like a caricature, and minus a few exceptions, that’s not a problem with this ensemble. Not just Rao, but Baljinder Kaur as his nagging but loving mother, Naman Jain as his troubling younger brother, and Satish Kaushik as his supportive father, all come off as an everyday, realistic family unit.

Although the film takes its time to bring in the sports angle, it is only in the final act that we see Montu train this band of misfits and turn them into sporting achievers. He uses unconventional methods to teach them basketball, kabaddi and running. But, this is used for harmless humor rather than to teach us a thing or two about sports or the lack of a solid support system for aspiring sportspeople.

The small-town humor, courtesy the likes of Saurabh Shukla, Sathish Kaushik, Jatin Sarna, and Baljinder Kaur, is on point. It might not tickle your rib-cage but it consistently elicits a soft chuckle or two, especially those featuring halwai-shop owner Dimpy (Sarna), as well as those that come delivering wise homilies.

Ayub is a solid consistent actor, and you wish the conflict between the two had been given more teeth, but it peters out soon. “Chhalaang” knows which side it is on.

Mehta’s old-fashioned storytelling reminds of “Dangal” in some of its elements: patriarchal Haryana, feisty young women, and the sports arena becoming a testing ground. Rao makes a gentle enabler for his team, with full encouragement from Neelima madam and a young girl Pinky (Garima Kaur) leads her team, consisting radically of both boys and girls, to the gold.

However, the marriage of co-writer Luv Ranjan and director Hansal, surprisingly, works really well and gives us a decent sports drama which also ticks the box for issues like women empowerment.

With “Chhalaang,” we are content to see Rao’s infectious charm rubbing off on Montu as he perseveres his way out of this competition to a predictable ending. Does the preachy sermon in the climax feel like an afterthought? Probably. Did we have fun until that point? Absolutely.

“Chhalaang” is on Amazon Prime.