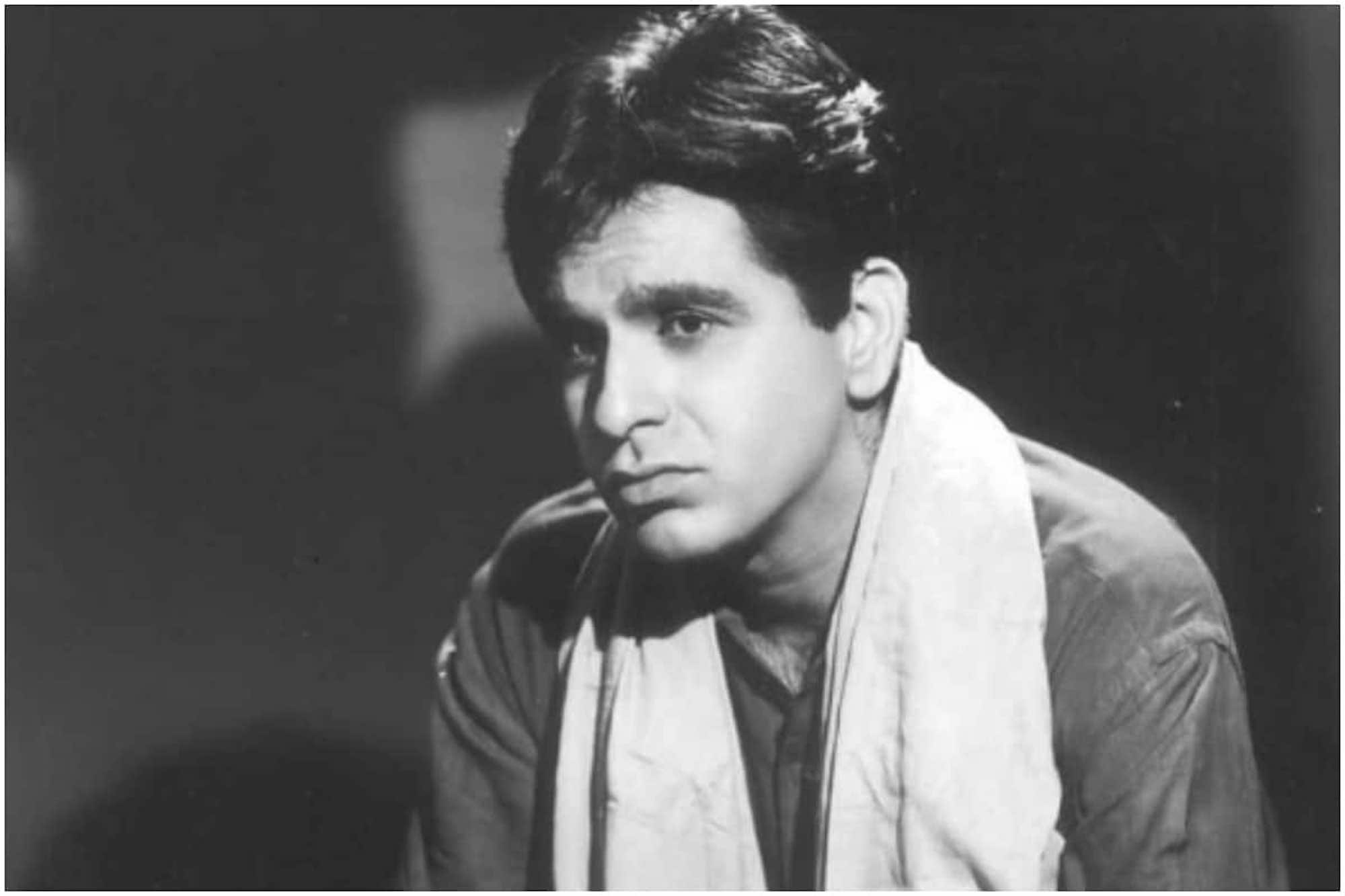 Salim of “Mughal-e-Aazam” is no more, once again. Bollywood legend, actor Dilip Kumar, one of India’s earliest method actors and a most beloved figure in Indian cinema, died on July 7 at the age of 98. He was the last of a trio of actors who ruled Hindi cinema in the 1950s and ’60s (the other two being Bollywood’s blue-eyed boy Raj Kapoor and the stylish Gregory Peckesque Dev Anand). In post-independence India, these three actors set about defining the Hindi film hero. Kumar’s death signals the end of an era.

According to The New York Times, Dilip Kumar was born Yousuf Khan in Peshawar (then part of British India, now in Pakistan) on Dec. 11, 1922, “the fourth of Ayesha and Mohammad Sarwar Khan’s 12 children.” His father, a fruit merchant, moved the family to Bombay, now known as Mumbai, and then to Deolali, in west India, where Kumar attended the Barnes School before enrolling in Khalsa College in Bombay. “He wanted to play soccer or cricket professionally, but the family’s financial situation forced him to look for work elsewhere. For a time, he was also an assistant at an army canteen in Poona (now Pune),” the Times says in its obituary on Kumar.

It was a chance encounter with a former teacher that changed his life, the Times obituary says. “When he said he was looking for a job, the teacher introduced him to pioneering Indian actress Devika Rani, who, along with Himanshu Rai, had established the Bombay Talkies studio. The idea was to get any job, but Rani asked if he would consider becoming an actor,” the Times says.

Kumar, who had seen only one film in his life — a war documentary — was unsure, but the money persuaded him. And it was Rani who advised him on a Hindu screen name to obscure his Muslim background would help his career. And so Dilip Kumar was born and the rest is cinema history.

Wrapped in the national flag, Dilip Kumar, known to generations of movie-goers as ‘tragedy king,’ was taken to Juhu Kabristan, where the film fraternity and thousands of fans lined up to bid him an emotional farewell.

Many also took to social media to express their sorrow at this immense loss to Bollywood.

“Dilip Kumarji will be remembered as a cinematic legend,” tweeted Indian Prime Minister Narendra Modi, acknowledging the brilliance of the actor. “He was blessed with unparalleled brilliance, due to which audiences across generations were enthralled. His passing away is a loss to our cultural world. Condolences to his family, friends, and innumerable admirers.”

Vice President of India, M. Venkaiah Naidu too joined in on the condolence tweets. “Deeply anguished by the passing away of veteran actor & former Rajya Sabha member. In the death of Shri Dilip Kumar, the world of cinema has lost one of the greatest Indian actors.”

MP Rahul Gandhi also joined in on the nationwide mourning as he tweeted: “My heartfelt condolences to the family, friends & fans of Dilip Kumar ji. His extraordinary contribution to Indian cinema will be remembered for generations to come.”

Bollywood heavyweight Amitabh Bachchan, also took to social media and tweeted that “an institution has gone,” and added he was “deeply saddened. Whenever the history of Indian Cinema will be written, it shall always be “before Dilip Kumar, and after Dilip Kumar,” he wrote.

Method actor, the indomitable Aamir Khan took to social media to pay tribute to the legend, thanking him for the “invaluable, priceless and unique gift,” he has given to all his fans through his work. “Yusuf Saab’s contribution to the Arts is invaluable and irreplaceable. Today the curtains have come down on one of India’s greatest. An end of an era. My condolences to Saira ma’am and the family. Rest in peace,” wrote Bollywood queen and recent Hollywood transplant Priyanka Chopra Jonas in her Insta tribute.

Veteran actor Dharmendra took to his Twitter account to mourn the demise of the Indian cinema legend. “Extremely sad to lose my most affectionate brother in the industry.”

Chef turned Bollywood actor Akshay Kumar, tweeted, “To the world, many others may be heroes. To us actors, he was The Hero. #DilipKumar Sir has taken an entire era of Indian cinema away with him. My thoughts and prayers are with his family. Om Shanti.”

Even the king of Punjabi Bhangra, Daler Mehendi remembering meeting the Kumar, tweeted, “Deeply saddened to learn about Dilip Sahab. I was blessed by him in a flight in late ’90s when he complimented me in Punjabi for wearing yellow turban and kurta pajama in #BoloTaRaRa.”

Goa Chief Minister Pramod Sawant also paid tribute to the Indian film icon. “Late superhero Dilip Kumar died today. On behalf of the people of Goa and the Goa government, I offer my condolences. He was a superhero. He acted in so many films,” Sawant tweeted.

Many among the Indian American diaspora also mourned his loss. American Kahani spoke to a few of them.

Legendary singer Mohammed Rafi’s grandson, Fuzail Rafi, who is currently pursuing a Master’s degree in finance from Underwood University in Georgia, and who has had the pleasure of meeting Kumar over the years said, via email: “Dilip sahab was a phenomenal actor, a legend. I have heard a lot of songs by Mohammed Rafi saab pictured on Dilip saab, but the first time when I saw him on screen was on the premiere of “Mughal- E-Azam” in color. It was an amazing movie. I loved the songs. There are no words that can describe Dilip saab. I am too little a person to speak of such a great persona. But yes, the film industry has truly lost its gem and he will be missed always.”

Vivek Sharma, Associate Professor at the University of Illinois, Chicago, an ardent fan, reminiscing says, “Dilip Kumar remains an iconic presence in every Bollywood connoisseur’s heart and mind. I hear that my grandfather who died long before I was born was mesmerized by his movies. My father quoted his lines as frequently as he quoted Shakespeare or Ghalib. Everyone who watched Hindi movies for the last five generations loved his singular, understated, sparkling performances. Star of some of the most magical classics, who acted out some of the most legendary roles (e.g. Salim in “Mughal-e-Azam” and Devdas in Bimal Roy’s “Devdas”), and ever present in so many of our most favorite songs (“Yeh mera dewana pan hai,” “Dil dhadak dhadak ke,” “Nain lad gaye hain, Tere husn ki kya tareef karun,” “Ude jab jab zulfein teri.”)”

Says Neha Mahajan, business development and outreach manager at Chugh, LLP, “Dilip sahab has been arguably the most influential and idolized actor of all time. There will never be another like Yousuf Khan. Although he wasn’t active in the film industry for some time now, his influence on cinema is one for the history books. I don’t think there ever has been an actor bigger than him. He is a legend! In his films, his characters portrayed as India evolved, politically and socially, post-independence. His role was larger than films in a time when India probably used his image to show what a secular state she is. May be this is why he changed his name from Yousuf Khan to Dilip Kumar, to enchant audience across the religious divide. I think he truly embodies India, through his patriotic films, he chose to portray communal harmony. That is something the stars of our larger-than-life films could learn from.” Mahajan also makes it a point to note that the present generation of movie-goers probably have never heard of Dilip Kumar’s name. “I don’t think the youth today realizes the grandeur behind this name- Dilip Kumar. His

identity and swag are something my parents and my grandparents would recognize. But, for me, he will always be immortal through his on-screen persona.”

Netizen Raghav Masoom with a Shah Rukh Khan meme from his movie “Anjaam” tweeted the following message, “Me When Dhoni&#39;s birthday and Dilip Kumar&#39;s death fall on the same day.”

And the legend’s sudden demise has not just left the entire nation numb but his fans and followers from the neighboring country are also mourning his death.

Pakistani actor Imran Abbas posted an emotional note on his social media handle about how Kumar once called him and invited him, along with his family, to join him for Eid celebrations. The actor who was last seen in the Bollywood film “Ae Dil Hai Mushkil,” has shared some unseen pictures with Dilip Kumar and Saira Banu on his Instagram account, remembering the call that legend made to his family inviting them for Eid. By sharing the picture with a long post, Abbas wrote, “I still remember the day you spoke to me and my parents on phone from Mumbai and then invited me to your place and the Eid I spent with you. I was awed and spellbound with your presence. I can’t comprehend my feelings of losing an institution, a legend, the epitome of stardom yet kindness and undoubtedly the biggest star Subcontinent could ever produce, someone who ruled the hearts of 3 generations for over more than 7 decades and set the premise of “acting,” for the generation to come.