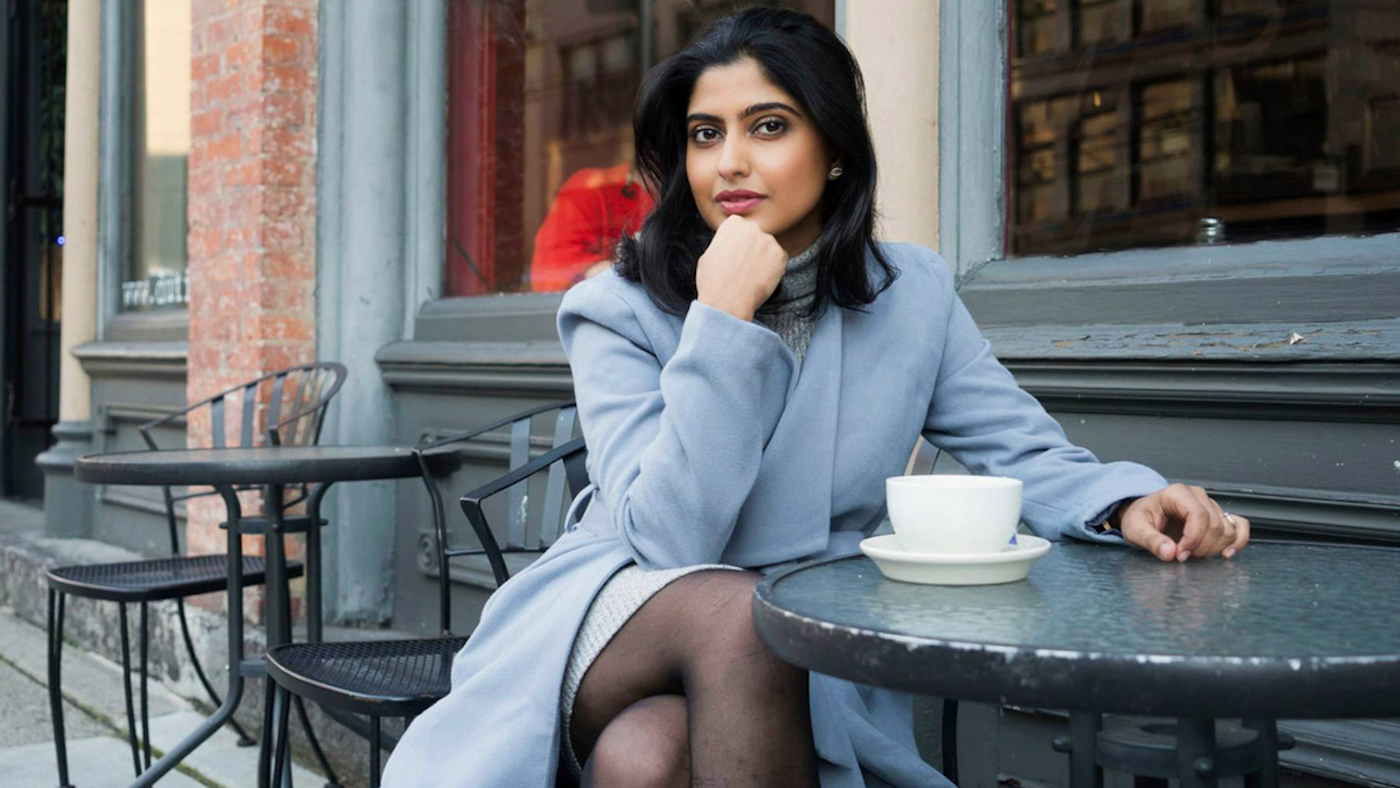 Canadian television actress Aliza Vellani received some sweet news on Monday as her role in the Netflix series “Sweet Tooth” was upgraded to a series regular and she will have a larger role than originally thought.

Daughter of Indian immigrants from East Africa, Vellani is based in Vancouver, British Columbia, and is best known for her role as Layla Siddiqui on CBC’s hit series,
“Little Mosque on the Prairie.” The title was a play on another show called “Little House on the Prairie.” This was her very first acting experience and the role which she essayed at the age of 14, she said, was very close to her real life experience of that time.

Just like Layla is struggling to find a balance between trying to be a good Muslim girl and trying to live the lifestyle of a typical Canadian teenager who is into music, clothes and boys, Vellani too was trying to strike a balance. The only difference being Layla lives with an ultra conservative father while Aliza says her parents have always been very liberal and she could always have open discussions with them.

Thirteen years later and well into adulthood now, in “Sweet Tooth” she is playing the role of Rani Singh, the “warm and loving wife of Dr Singh, who must find her fortitude to survive in a post pandemic world.” The series follows Gus, a human with deer-like features who wanders a post-apocalyptic wasteland accompanied by some other human-animal hybrids.

The series began filming in New Zealand early this year with some special permission for the pandemic period. Netflix is yet to set the premiere date for the series.

Other roles where Vellani got noticed include playing Marcy in the CW series “iZombie,” Nurse Sandeep in the revival season of the Fox series ‘The X-files” and Sheila Agnani in science fiction series “Flash.” She also lent her voice to Mrs. Marvel in the Marvel Super Hero Adventure animation TV mini series.

In her statement about herself Vellani says, “I hope to tell stories and create work that inspires others and shows people that the world is truly their oyster.”

She began her training in acting at an early age while she attended York House School in Vancouver and thereafter continued her training in acting, voice and dance. She has a Bachelor in Fine Arts, majoring in Theater at Vancouver’s Simon Fraser University. She sees herself in training all the time as she feels learning is an ongoing activity and she likes to keep herself updated on her skills.

When asked, in an online interview, if she has experienced a gender/ethnic bias in the showbiz world, she replied, “Diversity is becoming a huge topic in film and TV, and we are seeing more diverse characters on screen than ever before.” She added that earlier in her career, she would audition for stereotypical Indian roles. But now they are less and less. “People ask me if I am bothered with the idea that I constantly play medical roles in the industry and to be quite honest, I feel like I am truly representing the many intelligent East Indian women in the world that deserve to be shown,” she said.

Vellani’s social media posts reveal a person who is very much engaged in issues that affect the life of the community around her. She takes to Twitter to urge people to follow local government directives on masks and social distancing, expresses rage at reduction of native people’s history in school curriculum and laments that voting is not mandatory.

Acting has been her dream since early childhood and she measures her success by virtue of the fact that she is happiest when on a set and fulfilling her passion. Fame, she says, is not a goal at all.