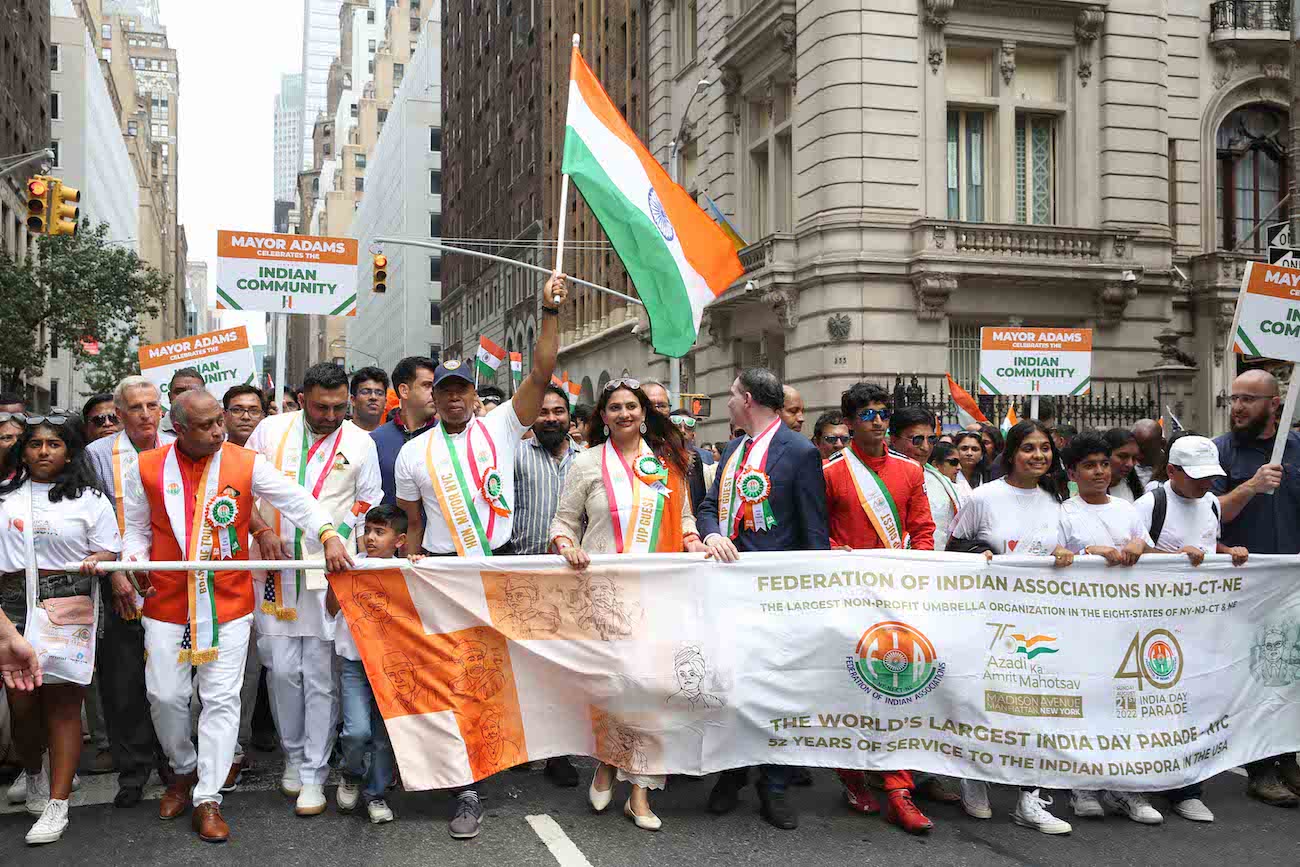 Should Dr. Sanjay Gupta Feel Mocked or Flattered by His Cameo in Mindy Kaling’s ‘Never Have I Ever’?

The Federation of Indian Associations of New York, New Jersey and Connecticut (FIA Tristate) celebrated the 75th anniversary of India’s Independence Day with its flagship India Day Parade on Madison Avenue in New York City, on Aug. 21. Actor Allu Arjun of “Pushpa” fame was the grand marshal of the parade and was accompanied by his wife Allu Sneha and director Harish Sankar. New York City Mayor Eric Adams, holding an Indian flag, was also among those leading the parade. According to the organizers, more than 150,000 people attended the parade, held after a gap of two years, due to covid-related lockdowns and restrictions.

The FIA noted in a press release that two events at the parade entered the Guinness Book of World Records for the most number of flags flown simultaneously at an event, and the largest ensemble of Damru (ancient musical instrument associated with Hinduism and Buddhism). More than 1,500 volunteers participated in the feat, FIA said, which was led by singer Kailash Kher who sang “Hindustan Meri Jaan Tu.”

Lauding the efforts of Prime Minister Narendra Modi, FIA President Kenny Desai said attempting the world records was FIA’s way of “making our motherland shine in our homeland.” He added that with the feat, the FIA “has made India proud and this achievement is a tribute to the unknown and unsung heroes of the freedom struggle.”

Chairman Ankur Vaidya said that these records are dedicated to the global community and thanked the community for their support without which the feat would not have been possible.

Secretary and event chair for the attempts, Pravin Bansal, said that the endeavor required massive efforts and the whole team of FIA volunteers had been working day and night for the past few months especially since the logistics were a big challenge in itself. However, the fact that we did it makes us forget about all the trials and tribulations.

Allu Arjun took to Instagram to post photos of the Aug. 21 event and the gala that followed the parade. “It was a pleasure meeting the Mayor of New York City,” he wrote.” Very Sportive Gentleman. Thank You for the Honours Mr. Eric Adams. Thaggede Le.”

Adams took to social media as well. “In New York City, we are inspired by the example set by Mahatma Gandhi and the guiding principles of non-violence that defined the movement for Indian Independence,” he tweeted. “What a joy to celebrate 75 years of Indian Independence today in the streets of Manhattan.”