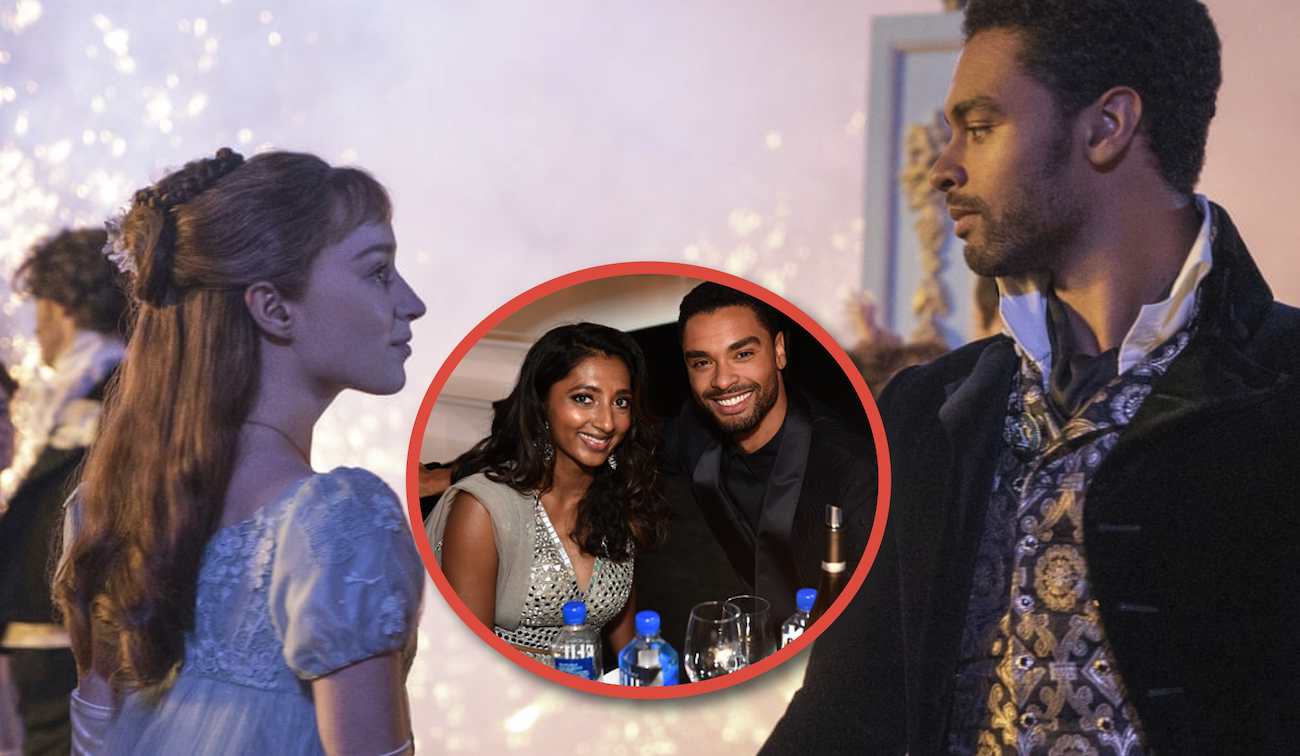 Regé-Jean Page, who created a stir as Simon Bassett, the Duke of Hastings in Netflix’s “Bridgerton,” made a splash on the red carpet at the Emmys on Sunday night in his dark slacks. The young actor earned his very first Emmy nomination for Outstanding Lead Actor in a Drama Series, but he lost to Josh O’Connor, who plays Prince Charles in “The Crown.” Accompanying him was his friend, Sri Lankan-Australian actress and writer, Menik Gooneratne. The two co-starred in Peter Jackson’s sci-fi epic “Mortal Engines.” Gooneratne was rocking a Radha Lehenga by the Los Angeles-based designer KYNAH.

The 31-year-old Page, who is dating Emily Browning, a freelance copywriter and a football fan, prefers to keep his relationship private. Earlier this month, the couple was spotted at the 2021 GQ Men of the Year Awards in London.

Gooneratne previously starred in the Oscar-nominated film “Lion,” as well as the iconic Australian TV series “Neighbours,” where she played Shanti Pandya in 2000 and Erinsborough High School teacher Priya Kapoor. “As part of the Kapoor family, Gooneratne is one of the first Indian actresses to appear on the show,” according to her IMDb profile. She was born in England, and spent her youth “traveling to developing countries due to her father’s UN work in combating climate change, before finally settling in Australia.”