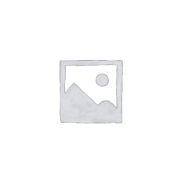 In a move that indicates that former Vice President Joe Biden is taking over the reins of the Democratic Party, he replaced the Democratic National Committee chief executive, Seema Nanda, with Mary Beth Cahill, a senior adviser to the party, who has past experience in running a national presidential campaign.

Nanda, who was appointed to the post in 2018, has received criticism for her lack of political experience. She has been a longtime adviser to party chairman Tom Perez, and was a former Justice Department attorney.

“After two years, I will be stepping down as CEO of the DNC. I couldn’t be prouder of the infrastructure we have built, the primary process we have run, and the team we have built. I look forward to continuing the fight for our democracy and to elect Democrats everywhere,” Nanda announced on Twitter on April 24.

According to the Washington Post, Nanda worked closely with the party’s recent attempts to improve its data program and was in charge of organizing the presidential debate process.

Nanda was quoted in the Post saying the organization she is leaving “the strongest party in modern DNC history,” and adding, “Our unity is our greatest strength and yes, we will shed the shackles of this disastrous presidency.”

“Seema spent two years building an organization that has left the DNC in the strongest position it has been in before a Presidential election in recent history,” said Perez said in a statement, according to the Washington Post.

In an interview with India Abroad soon after taking over as CEO of the DNC, Nanda said she was less of a political operative and more of a manager. As the Democratic Party shifts gear to wage a most consequential presidential campaign in the country’s history, Nanda’s lack of political chops has obviously abridged her tenure at the helm.

In January, BuzzFeed reported that Perez and two of his top deputies, CEO Seema Nanda and deputy CEO Sam Cornale,  each will receive a lump-sum bonus equaling four months’ salary within two weeks of the time they eventually leave their roles. The controversial move to carve out a generous exit package which a group of Democratic National Committee officials approved was apparently withheld from their own leadership. It is not clear if Nanda will get that generous package.

Nanda is product of Brown University and Boston College Law School, and lives in Arlington, Virginia with her husband and two children.

Gaming During Pandemic: How I Turned From a Skeptic to a Participant

I Think We All Deserved to Have One Final Goodbye

Postponed Vows: How I Have Learned to Appreciate My Relationships Better