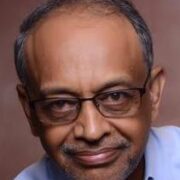 “The vacancy was there from May to November 18… Now, what prevailed on the government that everything needed to be done within the shortest possible time… This superfast mechanism… We know that where there is a will there’s a way, but here the notification was brought out on the same day, the application was given the same day, it was accepted the same day and the appointment was made the same day… The file has not traveled even 24 hours! Lightning speed… What kind of evaluation was there?”

Justice Ajay Rastogi was making the above observation as the Supreme Court started examining the appointment of former bureaucrat Arun Goel as election commissioner while considering the petition on the need to insulate the Election Commission of India from political influence by setting up a “neutral and independent mechanism” for appointment of election commissioners.

The Supreme Court has been considering several public interest litigations challenging the appointment process of election commissioners and contending that the process is neither transparent nor non-partisan. According to Article 324(2) of the Constitution, election commissioners are appointed by the President. However, the petitioners argued that the President is subjected to and bound by the advice of the Prime Minister, and therefore, the party in power very likely chooses someone whose loyalty they could count on. That type of selection process is “vulnerable to manipulation and partisanship,” one of the petitions reads.

Free and fair elections are fundamental to a thriving democracy. One of the foremost indications of that effect is citizenship participation in the democratic process. It is every citizen’s right and duty to vote in the electoral process. Through that participation, they help to build a better democratic system that could effectively serve the public. However, intimidation, corruption, and threats to citizens during or before an election are against the principles of democracy, and the same also holds true for manipulating the voter lists or the voting mechanisms. There ought to be transparency in the public square where those in power are genuinely accountable to the people, and the voters should be fully appraised of what decisions are made, by whom, and why?

Under the visionary leadership of Jawaharlal Nehru and B.R. Ambedkar, India has created institutions that preserve freedom and democracy for everyone. If we look back at history, many other countries that have gained independence along with India failed in their quest to safeguard freedom for their citizens. However, India has succeeded, whereas others have failed only because of those institutions that stood the test of time. Undoubtedly, the Election Commission is one of those institutions that conducted free and fair elections and guaranteed peaceful power transfer to the victor of the people’s mandate every time.

The Indian Constitution Article 324 establishes an independent election commission; Article 327 empowers Parliament to enact laws governing all aspects of elections, and Article 329 provides a mechanism for resolving electoral disputes through review by an independent judiciary. These articles reflect the clear preference of the constituent assembly to ensure the autonomy and independence of the ECI, protecting it from Executive interference (Devi and Mendiratta, 2000). ECI is still considered one of the most trusted public institutions in India that ensured integrity and conducted 17 national as well as 370 state elections since India’s independence in one of the most populous countries in the world.

During the early years of Congress rule, as the party had the fortune of winning national and state elections, there were little or no intrusions into the governance of the ECI. It also had little reason to exercise its powers and was not pressured by the opposition parties. However, when the Congress’ predominance was lost and as many regional parties emerged as challengers, there were stories of interference that might have questioned its statutory standing as an autonomous institution. Although ECI enjoyed some formal autonomy, the executive branch controlled EC’s finances and personnel appointments. One bright spot for the ECI during that time was its management of the 1977 election at the end of the national Emergency, enhancing its reputation among the public.

However, when T.N. Seshan became the Chief Election Commissioner, he introduced several changes to the electoral process. He elevated CEC’s position from that of a High Court judge to that of a Supreme Court justice. He introduced election observers to the state assembly elections, pioneered voter ID cards, and refused to take Executive instructions. Seshan moved the ECI from a little-known institution to a highly regarded one, and we all owe a considerable debt of gratitude to his leadership.

Since 2014, BJP has become more assertive as it gained a single-party majority in Lok Sabha and increased its vote share to 38 percent. Therefore, it does not surprise their efforts to appoint pliant commissioners who would do their bidding. Cases in point:
The ECI deferred the 2017 Gujarat state assembly elections.
The ECE’s actions were said to delay the implementation of the model code of conduct and allow the BJP-led Gujarat government to announce new programs that might prompt voters to cast ballots for the BJP.
The CEC disqualified 20 legislators of the AAP, a BJP rival, from the Delhi Assembly.

The ECE was also criticized for its meek response to Narendra Modi’s repeated model code of violations during the 2019 parliamentary elections. However, it was much swifter in its response to similar breaches by opposition parties.

Recently, there has been an increasing concern about the weakening of the autonomy of the Election Commission and the endurance of this crucial institution as the guardian of electoral integrity. The rising power of the Hindu nationalist BJP appears to have cast a shadow on the future independence of the ECI, and the current litigation in the Supreme Court is simply evidence of those alarms. The challenge before the Supreme Court today is how India would keep this revered institution from becoming a pawn in the hands of the Executive branch or other power brokers looking for an electoral windfall.

George Abraham is a former Chief Technology Officer of the United Nations and vice-chairman of the Indian Overseas Congress, USA.