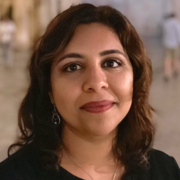 The day my only child came out to me was one of the hardest in my life. In the end, all it took was a few simple words like gay and queer to bring my idyllic little world, and any illusions I had about how progressive I was, crashing to the ground.

I was a mess in the early weeks, even as I was putting on a brave face and trying to reassure my 15-year-old that I loved them and everything would be okay. Inside, I was a bundle of fears that seemed to grow with every day. I have never openly confessed to anyone before what went through my mind, because it wasn’t pretty. It was like the movie “Boys Don’t Cry” was playing in a constant loop in my mind.

When I wasn’t worrying about what others would do to my child, I worried about what my child would do to themselves. Decades of propaganda against the LGBTQIA+ (lesbian, gay, bisexual, transgender, queer, intersex, and asexual) community meant that I associated being gay with flamboyant clothes, wild parties, drugs, alcohol, one night stands, unsafe and ‘strange’ sexual practices, and AIDS.

The “homosexual lifestyle” I imagined felt so incongruous with my child’s serious, introspective and mature personality that I would try to reassure myself that being gay was just phase. If I could wait it out, it would all go away. Everything would return to my version of normal. My child was perceptive, and I must have hurt them immensely by allowing my fears and biases to cloud my early interactions. Between my husband and I we either thought or said the following:

“Focus on your studies and don’t get distracted.”

“Aren’t you too young to know anything about your sexuality right now? You haven’t even dated yet. Why don’t you try going out with a girl first to be sure?”

“Wait to tell anyone, because you don’t want people to think you are gay if it turns out you were straight all along.”

“Was it something I did as a mom?”

“Should we go to a therapist? Never mind — they might push you even more down this path trying to be progressive and PC.”

“It is the fault of this new school we are sending you to and the friends you are making. Try having [straight, Desi, studious, etc.] friends.”

One day, I had the epiphany that I had turned into the kind of bully I feared my child would face in the world. That perhaps the immediate protection my child needed was from me. And that all my protestations of unconditional love were false, because my actions were colored by fear rather than love. I spent the day preparing a beautiful gift basket with all my child’s favorite treats and a note saying I was sorry, and I wanted to start over with a big congratulations on coming out. And I said (finally meaning it) that I was very honored that they had shared their truth with me and I was awed by their bravery.

I embarked on a journey to learn more, and slowly started unpacking the truth about what it means to be LGBTQIA+ from fiction. I started understanding that so much of what I believed was a form of brainwashing perpetuated by a western mindset that used religion as an excuse to systematically vilify and disenfranchise the queer community. In learning about LGBTQIA+ history, I also learned about colonialism and its impact on penal codes in South Asia, the civil rights movement, what it meant to be a feminist, the root causes of toxic masculinity, mental health issues among teens, the idea of gender as a social construct, body positivity, statistics on violent hate crimes against minorities, and so much more.

The people I met who identify as LGBTQIA+ were nothing like the stereotypes of my imagination — they were teachers, lawyers, social workers, doctors, corporate executives, entrepreneurs, and artists. Many of them were in long term committed relationships, and many were married and raising beautiful children. Wild parties and risky behavior are not exclusive to the queer community, and I don’t even remember why I thought flamboyant clothing was anything other than really, really cool! I can write a book on what I learned about the horrific and deliberate mismanagement of the AIDs epidemic, and all the reasons why the queer community suffered disproportionately as a result.

When by many estimates 10-20% of the population is LGBTQIA+ (even more in younger generations), it is hard to make any generalizations. But if I had to, I would say that I found given the situations many LGBTQIA+ people are put in and the things they have to go through, they have more emotional intelligence, more self awareness, and more empathy. Any differences between us are small compared to the similarities we all share: a desire to love and be loved, to be accepted for who we are, and to be treated with dignity and respect.

It has been five years since I started this journey with my child — now a 19-year-old college student at Stanford. I wish I could go back and tell my old self to trust that it would all turn out okay. I wish I could have somehow skipped all the emotional roller coaster rides along the way. Because today I am in a very different place. I wake up full of joy, having overcome not only my fears around my child’s sexuality and gender identity (queer and nonbinary), but also a bunch of other hangups and worries that have no place in my life anymore. Our friends did not change and we were not abandoned or ostracized. The world mostly showered my child with kindness and love, more than making up for a few trolls here or there.

Personally, instead of being rigid and ignorant, I feel like I am more curious and always ready to learn. It would be a lie to say I have no biases, but everyday I make a little more progress in overcoming them. As a result, I am a better mom, and also a better wife, friend, neighbor, and human being.

Charmaine Hussain (she, her) is a Pakistani immigrant living in SF Bay Area. She has a BA from Stanford, an MBA from Kellogg School of Management, and two decades of experience as a business leader at companies like Clorox, Franklin Templeton, Coca-Cola, & Bain & Co. Charmaine is the proud mother of a queer, nonbinary child. She is also on the board of Desi Rainbow Parents & Allies and works hard to increase family acceptance of LGBTQIA+ youth in the South Asian Community.