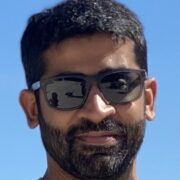 “I had the opportunity to be invited to the festivals over time. Sometimes I understood what was going on and sometimes I really didn’t have a clue. It was nice to have a poster to explain a little bit about the derivations and what the festivals were all about” said Betty Brandt, Director of Community for Contemplation and Justice during her testimonial after visiting “Darshana: A Glimpse into the Hindu Civilization.” In another testimony, Mike Nelson, a member of Carmel City Council said, “There is a lot that Hoosiers, Americans don’t understand about the Indian community, specifically the Hindu community. This program here is a long way to introduce your culture, your language, your beliefs, your architecture to Hoosiers like myself. This has been a fantastic opportunity”

In the last few weeks, Hindu Swayamsevak Sangh (HSS) along with several other Hindu organizations has hosted a traveling poster exhibition across multiple cities/towns in the U.S. Even though Hindus have been living in the U.S. for decades, little is known about the Hindus when it comes to the civilizational journey, belief system, festivals, traditions, etc. The “Darshana” exhibition showcases these aspects of Hinduism with the intent to raise general awareness about Hinduism in the country. This exhibition seeks to create bridges between various faiths and sections of society. The response to this exhibition has been phenomenal. Several public officials, congressmen, and senators have attended this exhibition along with members of civic society. Testimonials from the attendees highlight the knowledge and awareness this exhibition brings to the communities.

The success of this exhibition however has caught the attention of a few groups that work against the interest of Hindus and India. One such group labeled “Hindus for Human Rights” (HfHR) has launched a misinformation campaign against Hindu organizations including HSS. The propaganda falsely insinuates these Hindu organizations as fascist, extremist and discriminatory. The context of these attacks has to do with painting the Hindu civilizational exhibition, “Darshana,” as a political campaign for Hindu supremacy. On the contrary, the experience and testimonials would call it anything but political. Making toxic and baseless accusations to promote hate and divisiveness seems to have become a pattern for the groups that claim to stand up for the Hindu causes.

While far-left ideologies and associated activism have been rejected politically and socially in India, the same group is engaged in promoting hate and phobia here in the West. A recent infamous conference in Sept. 2021 “Dismantling Global Hindutva” was one such effort. By attacking Hindus, such groups are bringing the Indian political battles into the laps of the minority Hindu American community, which is totally unwarranted. The hateful actions of such groups are a violation of the most profound Hindu ethics of truth, compassion and care for everyone beyond race, gender, beliefs and religion. This is a toolkit of Hinduphobia and Hindu hate in the guise of an organization for the Hindus.

In 2021, Hindu organizations in the United States came together and successfully resisted attempts to spread Hinduphobia through the “Dismantling Global Hindutva” conference supported by organizations such as HfHR.

Far leftist organizations are yet to come to terms with the fact that despite their malicious efforts; organizations such as HSS, VHPA etc., are only growing strong and steadily expanding their network to promote, prosper and protect Hindu values and Hindu culture in the West.

Hindu organizations, and groups including HSS USA have been working for the betterment of all for the past several years. Last year, these Hindu organizations donated around 590 thousand pounds of food to pantries across the nation. During the pandemic time, the same organizations helped in vaccination efforts, collected and distributed over half a million masks to 45000 families across 200 cities.

Hindu Americans are an integral part of American civil society. They proactively foster trust, goodwill and build relationships with all sections of society. Reports show that HSS and other Hindu organizations have reached out to elected officials of all political parties, law enforcement, first responders and educators.

HSS has received appreciation from American civil society for its effort to educate about its roots and civilizational ideas, and promote mutual respect and understanding. But, it is unfortunate that dubious entities with Hinduphobic views are trying to bring the political issues from India into the discourse in America. All well-meaning Americans should help fight such hatred and propaganda by joining the exhibition locally and help spread the understanding of Hindu traditions and culture.

Nikhil Ajotikar is an engineering analyst by profession. He is originally from Pune in Maharashtra and has been living in the United States for the past 12 years. He likes to read and write about Indian history, spirituality, Hinduism, politics and social topics.