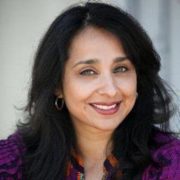 Just as we were closing our Washington, D.C. offices at the Hindu American Foundation (HAF) for the year-end holidays last week, an email appeared in my inbox. A U.S. District Court judge dismissed a defamation lawsuit HAF had filed against several individuals, ending a bitter 18-month legal journey.

Why HAF filed the suit, why its dismissal is disappointing, and why we see the judge’s 28-page decision’s statement that several defendants plausibly lied about HAF as a measure of vindication, situates the legal journey back to a dinner table in Philadelphia.

I was at that table just about two decades ago when a couple of doctors, lawyers and an engineer for good measure—a stereotypical trifecta of second-generation Indian American occupations of the time—charted out a threadbare constitution registering the first Hindu American advocacy organization in the United States.

The attorneys at that table, a law school classmate and I having attended law school in Florida, had come of age in the bottom edge of the Bible Belt and the crucible of the Moral Majority, Newt Gingrich and Billy Graham. We saw the need Hindu American legal advocacy as an unfilled niche as arguments about the First Amendment’s establishment and free exercise clauses were roiling during those times.

Our first legal foray was a 2005 amicus brief in a Supreme Court case. When Justice John Paul Stevens cited the HAF amicus brief in a dissenting opinion agreeing with HAF that a Ten Commandments monument on Texas state grounds violated the Establishment Clause of the Constitution by, “…prescribing a compelled code of conduct from one God, namely a Judeo-Christian God, that is rejected by…Hinduism, as well as nontheistic religions, such as Buddhism,” our fledgling foundation had arrived.

Even now, we are engaged in two active civil rights claims against the state of California’s Civil Rights Department and one against California State University arguing that these state entities have violated the constitutional rights of Indian and Hindu Americans.

HAF’s emergence as the oldest and largest Hindu American advocacy organization in the U.S. has given rise to detractors. Newer organizations often oppose our advocacy and legal efforts mirroring the ideological divides that define our country today.

Differences are expected, even welcome. A plurality of ideas, especially oppositional ones — political, religious, or social — is a necessary prerequisite to foster understanding and mutual respect.

But last year, differences did not lead to dialogue. They took an unacceptable turn when activists, including one university professor, who oppose not HAF’s positions but HAF as a whole, blindsided us with the publication and coordinated amplification of a series of terrible lies.

And with that, our legal portfolio was forced to include a defamation case.

In May 2021, leaders of several activist groups were quoted in two Al Jazeera articles presenting the patently false and inflammatory claim that HAF misappropriated COVID-19-related Paycheck Protection Program relief funds to follow the directions of “parent organizations” in India to support violence and “slow genocide” against Christians and Muslims. Audrey Truschke, an associate professor at Rutgers University-Newark, not only amplified the two articles but added her own false allegations that a HAF board member, a respected head and neck surgeon in Dallas, was organizing threats against her online.

We even found that the Al Jazeera journalist who authored at least one of the two articles targeting HAF, Raqeeb Hamid Naik, was a close affiliate and served on the Executive Committee of the Indian American Muslim Council, one of the very organizations quoted in his article repeating false statements about HAF. To date, Naik has not divulged this relationship and the conflict of interest it poses.

So in May 2021, we retained a law firm and sued for defamation and conspiracy to defame the Foundation in Washington, D.C.’s U.S. District Court, where HAF is based.

That U.S. law places a very high burden on plaintiffs in defamation cases is well known; a burden the judge ruled our case did not fully meet. The judge held that while the organizations may have had a presence in Washington D.C., the court could not invoke a “long-arm statute” to exercise personal jurisdiction over defendants who lived in different states outside the district.

Siding with HAF, the judge did rule that HAF had, in fact, suffered “tortious damage”—meaning HAF satisfied the requirement that real harm resulted from lies as we maintained—which destroys any claim that HAF’s legal effort was “frivolous” as the defendants are claiming in the wake of the dismissal..

But as we learned when HAF was cited in Justice Stevens’ dissent in the Texas Ten Commandments case 16 years ago, vindication sometimes comes in small, below-the-text print. And that vindication came in footnotes 8 and 9.

In his decision, the judge ruled that “A claim is ‘plausible’ if a plaintiff pleads facts which ‘allow the court to draw the reasonable inference that the defendant is liable for the misconduct alleged.’”

Financial harm can be compensated, and Hindu Americans have flooded us with support to help offset the costs of our lawsuit, seeing in our legal engagement a necessary endeavor in the light of increasing Hinduphobia.

But the dual loyalty trope wreaks much more insidious harm. It is why we are satisfied that the judge called Viswanath’s accusation that HAF takes orders from “parent” organizations in India a “plausible” lie. The dual loyalty accusation parallels how Roman Catholics were suspected of deference to the Vatican or American Jews are accused of split fealty to Israel—it is the same smear that Viswanath deployed to smear and silence HAF.

Footnote 9’s castigation of Truschke over her false accusation of Dr. Pandit is equally significant. This is especially true because Truschke along with Al Jazeera’s Naik seem to harbor particular animus for Dr. Pandit.

Dr. Pandit, whose family was part of the forced exodus of hundreds of thousands of Kashmir’s indigenous Hindu minority in the wake of a Pakistan-sponsored Islamist ethnic cleansing campaign, is a vocal leader of Kashmiri American Hindus, and also a board member of HAF. His inveighing against Pakistan’s murderous policy and promoting India’s effort to rehabilitate his community by abrogating a constitutional provision that prevented normalization in Kashmir makes him a frequent target of attacks.

The personalization of attacks against Dr. Pandit reached alarming levels when Truschke, whose activism pitting her against many Hindu Americans flummoxes observers, targeted Dr. Pandit in a tweet that the judge specifically called out as “arguably verifiably false.” Not long after that tweet, Truschke also amplified Al Jazeera’s Naik again, when he falsely attacked Dr. Pandit alleging he was calling for violence in Kashmir. Naik’s broadside was accompanied by tweets tagging hospitals where Dr. Pandit works and Naik instigated an online smear campaign when he asked his social media followers to slime Dr. Pandit’s online profile. The attacks led Dr. Pandit to write a plaintive depiction of what this attack wrought.

When we filed suit, I wrote that “We didn’t seek this fight. But we won’t allow false accusations to intimidate us into silence. We must raise our voice. And sometimes, that voice must be heard in court.”

Was all of this worth it? The answer is simply that we had no choice. Our disappointment that our defendants will take this ruling as confirmation that lies may be told without consequence is mitigated by the generosity of Hindus across the globe who lifted us up during this odyssey and a judicial concession that verifiably false statements were made.

It is true that this legal effort ended in disappointment, but it is also true that holding the mantle of a prominent voice for the Hindu American community, enjoins a duty — dharma — to rise and fight for the truth and give forth our greatest effort. As the Bhagavad Gita, Hinduism’s most celebrated text assuages us: we only have a right to act—no rights as to the results.