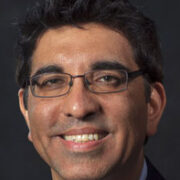 Early in the afternoon, Friday, March 25, I was practicing my craft, hours into a complex head and neck surgery, in a hospital in Dallas, Texas. Unusually, my phone started incessantly buzzing. An assigned nurse answered these calls, to not disturb the surgical team during an operation. I could overhear from the murmurs that something was amiss, but if it wasn’t a medical emergency my team knew not to interrupt the case. So I continued working, but curiosity was gnawing at me.

Surgery safely completed, I went to my phone. I scrolled through an avalanche of desperate notifications, began reading, and felt my blood run cold: my office and practice were under attack.

I had received dozens of phone calls from angry people demanding that my practice and the hospitals where I saw patients, revoke my privileges or “fire” me from the staff. People I had never met or treated were also going to various online, and very important, rating sites, giving me 1-star ratings. The switchboard of hospitals where I work was receiving harassing calls targeting me.

A campaign to damage my reputation and end my livelihood had begun, and I hadn’t a clue as to why. My staff members were stunned and immediately alerted hospital security. My wife and family were aghast.

It was only then that I realized that Raqib Hameed Naik, a frequent Al Jazeera contributor, whom I had never met or spoken to, but knew of due to his history of adversarial interactions with the Hindu American Foundation (HAF), for which I serve on the board of directors, had doxed me.

Completely unbeknownst to me, Raqib Naik had tweeted that I was “endorsing calls for genocide of Kashmiri Muslims.” To encourage his thousands of followers on Twitter to take action, Naik named my hometown and also tagged several hospitals where I care for patients and perform surgery. I was absolutely shocked.

Genocide? Me? My own life is defined by my family’s survival of what many call genocide. Why would I endorse another one?

I am a Kashmiri Pandit, the indigenous Hindu minority that has lived in the Kashmir valley for millennia. We faced an ethnic cleansing where anywhere from 350,000 to 500,000 of my community and other Kashmiri Hindus and Sikhs were forced to flee to other parts of India starting in 1989. The cleansing occurred after an Islamist militancy, openly sponsored by Pakistan due to its hope of wresting away Kashmir from India, took root in Kashmir and waged a terror campaign targeting violence to rid the valley of Hindus and Sikhs. My family lost the home where I was born, several relatives were killed, and none have been able to return to Kashmir to live to this day.

It is to prevent such genocides and ethnic cleansings that I volunteer as a board member of HAF — to propound ideals of peace and pluralism. I am an advocate of human rights and have long served Kashmiri American organizations to keep alive the culture and traditions violent separatists tried to annihilate and to advocate for the rights of all people that have suffered like my own.

Why did Naik attack me? It turns out that Naik was scouring deep into my Twitter timeline where I was discussing the landmark film, “The Kashmir Files.” I was tweeting that this film was the first ever to accurately and unsparingly center the stories of what my family actually experienced in 1989 and 1990 when they were forced from their homes and met untold violence. This film was facilitating an unprecedented catharsis for so many Kashmiri Hindus like me who buried our trauma and had our stories silenced, even forgotten over the past 30 years.

Naik must have searched rather carefully, to find a subtweet deep below others where I had responded to another poster answering my question as to what emotion people felt on watching the film that featured terrorists known for the horrifying brutality of their killings, such as Bitta Karate. This poster wrote, without specifying, that his emotion was to “pay them back 100 fold, in their own coin.” I subtweeted a single word, “retribution,” with a thumbs-up emoji, to signify that this word best describes the emotion in the poster’s response.

HAF has advocated for the safe return of Kashmiri Hindus for nearly two decades. Naturally, we’ve been discussing The Kashmir Files and the unprecedented response we’re seeing in Indians wanting to know more about what happened to Kashmiri Hindus like me. At HAF, staffed as it is with civil and human rights lawyers, we often speak of retribution in its legal sense: retributive justice. In the many conversations I was having about “The Kashmir Files,” I was using the term “retribution” in reference to what the terrorist Farooq Ahmed Dar (Bitta Karate), featured in the film, or Yasin Malik (who recently pleaded guilty for killings in Kashmir) and other terrorists that remain free in the Valley, have not yet experienced. Despite incontrovertible evidence, many of these terrorists have faced no punitive consequences for their actions.

As a Kashmiri Hindu, I was echoing a 32-year-old call for justice as the killers of my family and friends have never been held to account for their crimes. Yet I was the one under attack. At no point did I use the word “Muslim” or “genocide.” But I, a survivor of ethno-religious cleansing, was the victim of an effort to destroy a life I have built in Dallas over 25 years.

Journalistic integrity requires inquiry — if he happened to see my subtweet and thought it important, Naik should have called me, DM’d me or emailed me to clarify. Naik offered me absolutely no opportunity to explain or expand upon my tweet before posting a tweet accusing me of endorsing genocide while tagging the hospitals where I serve.

I tweeted at Naik expressing my outrage and asked him to delete his tweet unleashing attacks on me. He refused. Believing deeply that this was an egregious and intentional act of malice for which my family and I have had to needlessly suffer, I retained legal counsel who also wrote to Naik asking him to delete the false tweet.

And then I left for Kashmir. Over the last year, I was hearing from relatives that the safety scenario in Srinagar has improved greatly, and I was encouraged to visit my homeland for the first time in 30 years. I took my wife for her maiden visit to my hometown in the 27 years we’ve been married. It was an emotional trip where Kashmiri Muslim neighbors offered me drinks as they showed me my birthplace. I met the small Kashmiri Pandit community that continued to live in the Valley despite the ethnic cleansing that affected most of us, and I met former militants who are rehabilitating themselves and others into becoming ambassadors of peace.

A 9/11 Survivor’s Story: Reflections On Lives Lost and a Life Reimagined 20 Years On

I returned from the trip rejuvenated and full of hope.

Then another day, and another avalanche of hate started coming into my inbox and notifications. I realized only then that Naik had tweeted a letter from the Council of American Islamic Relations (CAIR) which calls itself the largest Muslim advocacy organization in the United States, stating that Naik will not delete his tweet and inviting me to file a formal defamation lawsuit. CAIR was representing my attacker and in effect, endorsing Naik’s attack on me.

Then, CAIR, inexplicably, began tweeting a series of attacks on me personally, and in one tweet, said that in asking that the false tweet tagging my workplace be deleted, that I was the one trying to silence Naik. They wrote that my legal counsel’s letter was “ridiculous” and that if I filed a formal defamation suit, the CAIR legal team “is ready to go.”

I know that CAIR was ranked in the top ten most antisemitic organizations by the venerable Simon Wiesenthal Center in December 2021. Just a few weeks prior to this, CAIR actually hosted multiple events demanding the release of the convicted Pakistani terrorist, Aafia Siddiqui, just weeks before a Pakistani-British terrorist took hostages at a Jewish synagogue just a few miles from where I live in Dallas. And just last week, Jonathan Greenblatt, the head of the Anti-Defamation League (ADL) wrote that CAIR “epitomizes the Radical Left, the photo inverse of the Extreme Right that ADL long has tracked.”

CAIR’s targeting of me, a Hindu American surgeon in Dallas, shows that CAIR will go to the extent of harassing individuals, beyond just major organizations or causes. Being in the crosshairs of such a coordinated effort is frightening, and the harassment can lead to real damage.

Though it is deeply disconcerting to be targeted for what you never said, and by a major national organization with deep pockets, my medical practice staff and I are strangely inured now to this new reality. Now when I am in surgery, even the operating room circulator watching my phone just smiles and easily sifts between notifications that come in when CAIR tags me in a tweet, and real emergencies that require my attention.

Rajiv Pandit is a Board-Certified Otolaryngologist – Head & Neck Surgeon, and a Fellow of the American College of Surgeons. As a native of Srinagar, Kashmir, Dr. Pandit has been active in the leadership of numerous organizations that advocate for Kashmiri Hindus. He currently serves on the board of the Hindu American Foundation as well as the Indo-American Kashmir Forum.