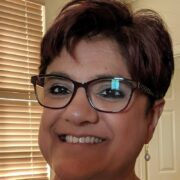 President Joseph R. Biden’s first address to a joint session of Congress last night, April 28, 2021, was just one day shy of his first 100 days in office. It was a speech full of heart, meaning, logic and science. He said something right at the beginning that drew my eyes past him to the two women sitting behind him.

He said, “Madame Speaker. Madame Vice President. No president has ever said those words from this podium, and it’s about time.”

He is right. It is about time. In fact, it is long overdue. How many years have women waited to be taken seriously, to be afforded the same respect any man gets, to get paid the same as men, to be elected to a high office, a position of power?

The Women’s Suffrage Movement began in the 1800s before the Civil War. Women like Elizabeth Cady Stanton, Lucretia Mott, and of course Susan B. Anthony were on the frontlines of the battle. On August 18, 1920, the movement achieved some success in the passing of the 19th Amendment, granting women the same citizenship rights as men.

But we’re not done, not by a longshot. We women are still fighting for our right to be treated equally to men. And we will fight until we win.

Women have been hailed as “the weaker sex,” unable to make logical decisions, unable to manage money or decisions for the household, and unable to defend ourselves in a fight, whether physical or mental. Women are too emotional.

But this is not true. Through the past several decades, women have been CEOs and CFOs of companies; they have been part of our military for decades, too, and have seen as much, if not more, combat as men.

Women who are able to, and choose to, endure nine months of pregnancy per child – our bodies change, we carry the weight of tiny humans – and these days, we continue to work outside the home up to the very last days before we give birth. We endure the pain of childbirth and the after-effects, both emotional and physical. And in two days or less, we are sent home from the hospital to care for our babies while our spouses go to work, despite the physical and emotional stresses our bodies and minds are going through. And then we go back to work six to twelve weeks after giving birth. And we make it work. I’d like to see the average man endure monthly periods, pregnancy, giving birth, and hormonal changes.

Women are not too emotional. Former First Lady, and former Senator and Secretary of State, Hillary Clinton endured hours of grilling before Congress and didn’t break a sweat. Senator Kamala Harris made Justice Kavanaugh cry. Donald Trump threw fits when he didn’t get his way, and he was afraid to show up for his impeachment trials, afraid of the grilling he would get.

Illogical . . . unable to make decisions? Before the Democratic primary, I was backing Senator Elizabeth Warren, because she had well-thought-out plans for almost everything. Her answer to questions was, “I have a plan for that.” And she would elaborate in detail what the plan was and how she would enact it.

In our household, my husband and I are equal partners. We make decisions together regarding our household, whether it is how to raise our children or how to manage our finances. My husband works full-time, and I work part-time; he sometimes depends on me to handle our finances and other decisions alone, because he is so busy with work. He knows he is counting on me, and I know I can count on him.

The weaker sex? I think not. Women are just as capable as men.

Our Vice President is a woman of Color. She is half-Indian, half-Jamaican. As an Indian American, it was a great source of pride for me to know that Kamala Devi Harris was picked by Biden as VP. I was absolutely bursting when I heard the news.

My paternal grandmother’s name was Kamala, and she was one of the strongest women I knew. She was a rare breed – educated, a nurse, equal partner to my grandfather, and a force to be reckoned with – she spoke in a commanding voice, and she intimidated all of us. My maternal grandmother was the same way – though not as educated, she raised my mother, and my uncle and aunt, mostly on her own since my grandfather died when my mother was very young. They were the exceptions in those times in India. But they were my role models and heroes.

As was my mother. She was the first woman in her hometown to go to college, the first woman to get her master’s degree in chemistry. She worked two jobs so she could provide my sister and me with everything we needed to grow and learn and become strong, intelligent, independent women. And she kept my father in line.

We are so close to having a woman for President. I fully expect Kamala Harris to run in three years, because President Biden probably won’t. He has already begun to hand VP Harris responsibilities that will give her the Presidential experience she needs.

So, when I saw Vice President Kamala Harris and Speaker of the House Nancy Pelosi standing behind President Biden, I felt proud. Although, in some respect, it was 2/3 proud. Because really, it could very well have been, and even should have been, three women presiding over a joint session of Congress.

And that day will come in my lifetime. I am certain of it. We are women, hear us roar!

Madhavi Joshi Krevat was born in Ahmedabad, India. She emigrated to the United States with her parents and older sister when she was four-years old. She has lived in North Carolina since. She attended North Carolina State University where she met her husband, Matthew Krevat. They have three children — Jacob Kedar, Joseph Shankar, and Leah Anjali. Madhavi works as a part-time copyeditor and is also a published author. She has penned several articles for various magazines, and she has published two sci-fi/romance novels, www.yournovel.com.