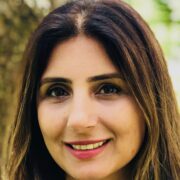 On a hot July afternoon in 2019, my 9-year-old daughter and I walked the grand halls of the Victoria and Albert Museum in London, marveling at the expansive collection that mandated a tea and scones break and comfortable walking shoes to be enjoyed fully. We had already been to the Tower of London museum a couple of days ago and rode the moving walkway to catch a brief glimpse of the “Koh-i-Noor” — the diamond with a turbulent history that once lived in Sikh ruler Ranjit Singh’s Peacock Throne. We had paid 30 pounds per person for a minute and a half with the legendary, supposedly-cursed stone that the British acquired from Duleep Singh — the young boy king immortalized forever as the one who caved into colonial pressure at the tender age of 10.

We oohed and aahed at its magnificence, laughed at some Beefeater jokes, and walked out into a perfectly gorgeous British afternoon to enjoy a Pimms cup. The colonial past was encountered, acknowledged, and quickly forgotten as we continued to enjoy all things quintessentially British. After all, we along with thousands of other Indian fans were in England to watch the Indian team play the Cricket World Cup — a sport that came to us through the colonial legacy and then traversed it to become truly ours.

As we reached the South Asian collection I was instantly drawn to Tipu Sultan’s possessions. The notoriously brave and stubborn king of Mysore refused to bow down to the British and died in the 4th Anglo-Mysore war protecting his kingdom. We saw it all: his intricate silken robes and slippers, his sword that he refused to surrender, his portrait that he probably commissioned to immortalize his good side. We finally made it to the V&A Museum’s pride & joy — Tipu’s wooden tiger.

It is an 18th-century mechanical toy created for Tipu, who was also known as the Tiger of Mysore. The carved and painted wood casing represents a tiger savaging a near-life-size European man. Mechanisms inside the tiger and man’s bodies make one hand of the man move, emit a wailing sound from his mouth, and grunt from the tiger. One look at the tiger mauling the European man is enough to understand the extent of Tipu’s hatred for the British East India Company.

As I turned to my daughter to convey the power dynamic behind this fascinating display, words jammed up in my tightening throat and my eyes prickled with unexpected moisture. Why was I choking up? Was it anger at seeing the artifacts that rightly belonged to the country of my birth, being touted as prized possessions of the British? Was I feeling the shame of the colonial hangover? Was it sorrow for Tipu’s pride, that had fully and finally been subdued and put up on display behind thick glass at a British museum?

Whatever that feeling was, I knew the answer wasn’t linear and one-layered.

When I heard about Queen Elizabeth’s passing. some of those uncomfortable feelings returned. The London Bridge was down. An era had ended. How was I supposed to feel? Saddened? Relieved? Indifferent? Is there a way to appreciate her momentous 70-year reign without minimizing the generational trauma caused by the hundreds of years of imperial domination?

Is there a way to acknowledge any nostalgic attachment one may feel to a symbol of British Royalty without giving up an ounce of one’s hard-earned liberty? Is a person’s humanity ever really separable from the establishment they lead? I suspect there are no simple answers.

Mashallah!  Ms. Marvel’s Eyes Sparkle, Her Heart is in the Right Place and the Bangle Fits

But I do know that even as we carry the burdens of our past, we have the agency to make better choices in the present. And even if it seems nearly impossible, we must do all we can to forgive each other and find a way to move forward past the shared trauma.

Perhaps it’s time to appreciate that the Queen who represented hundreds of years of blood-tainted history also looked ahead and strove for peace.

Today, Indians own a majority of the real estate in London. The mayor of London is a Muslim man with South Asian roots. This week, Rishi Sunak, a man of Indian origin, came close to becoming the Prime Minister of the U.K. Hope rises and whispers in my ears that old wounds may heal. Life may come full circle. God save All of Us!

Preity Bhagia was born and raised in Delhi, worked in Dubai and has now made a home in Houston, where she lives with her husband and two children. She earned a degree in literature at St. Stephen’s College in Delhi. She is an entrepreneur by day and a writer by night. Her writing has appeared in The Pinch, Houston Chronicle, Huffington Post, and Medium.com. She enjoys travel, performing arts, her children’s jokes and lazy, rainy Sundays.