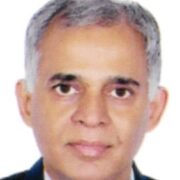 On 2 September 2022, Prime Minister Modi commissioned India’s first indigenously constructed aircraft carrier, ‘INS Vikrant.’ On the occasion, he said it was “a tribute to the rising spirits of India on the world horizon.” India has now joined a select club of countries capable of designing and constructing aircraft carriers. There is talk of a third carrier for the Indian Navy. Aircraft carriers remain relevant as instruments of power projection, even after considering that they are vulnerable to attacks using long-range missiles. This may well be an exaggerated scenario because such action could invite massive retaliation.

Exports of military equipment, particularly complete weapon systems, also help to project power. Early this year, India concluded a $375 million contract with the Philippines to export BrahMos supersonic missiles. There were reports of ongoing discussions with other countries in the region, including Vietnam and Indonesia. India is pushing to export to Malaysia indigenously designed 18 Tejas Light Combat Aircraft (LCA) and perhaps to countries far away from its shores.

Suddenly, India appears to be everywhere and in everything. In August, External Affairs Minister (EAM) Dr. S. Jaishankar paid a 3-nation visit to Latin America, sometimes seen as India’s last frontier. Argentina may have enquired about acquiring India’s Tejas aircraft. India supported Argentina’s interest in joining an expanded BRICS and discussed the sourcing of lithium. In the Joint Statement, India reiterated support for the resumption of dialogue on the sovereignty of the Malvinas (Falklands) issue, where Argentina is in a dispute with the UK.

In Brazil, Jaishankar told the business community that the current level of India’s trade with Latin America was around $50 billion, but the continent had the potential to become a bigger business hub for India.

Jaishankar also inaugurated India’s new Embassy in Paraguay. A point of interest here is that Paraguay is the only country in Latin America to maintain diplomatic ties with Taiwan and in this way stand up to China.

Leaders of Quad countries met in Tokyo on 24 May. The MEA handout said that “the leaders reiterated their shared commitment to a free, open and inclusive Indo-Pacific and the importance of upholding the principles of sovereignty, territorial integrity and peaceful resolution of disputes.” India resisted attempts by the grouping to condemn Russia because it is not in its interest.

While some may favor an AUKUS-like arrangement for enhancing India’s nuclear submarine program, the fact is that the Quad framework provides room for need-based bilateral security and defense engagement. India is unlikely to become a U.S. ally in the same way as Australia. India, for instance, has an independent nuclear capability and aspires to be a permanent UNSC member. Defense acquisitions from Russia by India do not threaten U.S. interests except in commercial terms. The U.S. decision not to impose sanctions on India for procuring S-400 missile systems from Russia was consistent with such an understanding.

Prime Minister Modi is expected to attend the annual Heads of State meeting of the Shanghai Cooperation (SCO) in Samarkand, Uzbekistan, on 17 September, along with Russia, China, Pakistan and the Central Asian States. SCO has approved Iran’s application to join the SCO. On the eve of the SCO meeting, India announced that India and China had agreed on disengagement in the Gogra-Hot Springs (PP-15) area. In June 2020, there were violent clashes on India’s frontier with China. India needs to pursue with China for an expeditious resolution of pending issues.

Indian Mission in Sri Lanka on 27 August expressed concern about the ‘militarization of Taiwan Straits.’ Such actions suggest that India may have found a way of managing China through actions on multiple tracks. India’s ability to juggle ties with the West and such countries as Russia, China and Iran is a manifestation of its newfound confidence.

While India has refused to condemn Russia for its invasion of Ukraine, in end-August, it voted against Russia to allow a video address by Ukrainian President Zelensky to the UN Security Council (UNSC). The depth and scope of the India-Russia partnership may help absorb the aftershocks of such actions. Ukraine supplied T-80 UD tanks to Pakistan in the 1980s and took positions against India in various international settings. Therefore, New Delhi may take positions flowing in its national interest. Modi, in his address to the Eastern Economic Forum in Russia on 7 September, said there was immense scope for energy cooperation. He also highlighted opportunities for working together in the Indian steel industry by supplying coking coal.

India cannot afford to ignore Africa with 54 countries. 40 Ministers from 17 countries took part in the 17th CII-Exim Bank Conclave on India-Africa Growth Partnership held on 19 July in New Delhi. India has extended concessional loans of over US$12.3 billion to Africa and granted $700 million as help.

Fifth-largest economy in the world

According to IMF data, India has become the fifth-largest economy in the world, overtaking the UK. India’s growth touched 13.5 percent in the first quarter of the current financial year. Finance Minister Nirmala Sitharaman noted that “a decade earlier, India was ranked 11th among the largest economies, while the UK was 5th.”

It is not just the size but also that India is now a powerhouse in such sectors as IT, agriculture, automobiles, entertainment, space, civil nuclear, health care and pharmaceuticals. During the pandemic period, India became a major supplier of Covid vaccines. The successful Indian Diaspora in the West, particularly in the U.S., has drawn attention to the vast pool of world-class technical and entrepreneurial talent from India, which is difficult to ignore. In September, Laxman Narasimhan took over as CEO of Starbucks, joining the long list of India-origin CEOs making a mark in the US.

India’s 2-year non-permanent membership of UNSC comes to a close on 31 December this year. Under India’s presidency, on 30 August 2021, UNSC adopted Resolution 2593, which requires the Taliban to ensure that Afghan territory was not used to ‘threaten or attack any country or to shelter and train terrorists and plan or finance terrorist attacks.’ This makes it difficult for other players to accord legitimacy to the Taliban regime in Kabul unless it adequately addresses concerns about terrorism. It was India that gave practical help when it mattered. India pledged and began supplies of 50,000 tonnes of wheat and medicines as help. A few Indian officials have returned to its Embassy in Kabul. India cannot afford to ignore Afghanistan because it is of strategic significance.

India will hold the G20 Presidency from 1 December 2022 to 30 November 2023, culminating with the G20 Summit in India in 2023. This is a huge exercise not only in terms of logistics but in content development.

While the recent UNSC experience and G20 promise to help towards propelling India into the big league of influential nations, its aspirations to become a permanent UNSC member do not look close to realization in its 75th year of independence. However, because of its rising profile, it may be difficult to ignore India when decisions of global significance are being taken. The Nuclear Suppliers Group’s exemption in 2008 to India for international civil nuclear cooperation has demonstrated that the global architecture can be fine-tuned when and if required. The launching of INS Vikrant, along with other successes, will help.