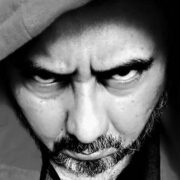 Liberals are lamenting communal incidents in non-BJP-ruled states (Rajasthan, Delhi, Chhattisgarh, Maharashtra) without realizing that the genie is out of the bottle. It no longer matters who is in power. It will be the mob that is in control. It has been for some time now. And the one thing today’s politicians know best is to become a reflection of the voters. What specific political dispensation they belong to has become immaterial.

Those who have studied sales and negotiations will remember something called mirroring. This is when you start copying your adversary’s speech patterns and even breathing, and then, as you get perfectly in sync, you start leading, gradually changing the power dynamics from you being the one doing the mirroring to you becoming the one being mirrored, all without the other party noticing the flip at all.

You see, in the initial days (pre-independence and immediately post-independence), we had leaders whose words and actions showed us how we could be, indeed how we should be, what we ought to be: democratic, civilized, well-read, articulate, dignified, secular, inclusive, and ashamed of being uncivilized, undemocratic, uneducated, bumbling, boorish, communal, or xenophobic. I am not claiming all of them were like this. I am simply stating that the ones this country, its post-independence traditions, culture, and behavior was influenced by were, in most cases, as above described. Were there lesser people? Of course. But the big difference is that they all wanted to be greater than they were. They all wanted to imitate the better leaders amongst them. They all wanted to be seen as progressive and evolved humans. There was no race to the bottom. Indian society, including the great unwashed (which in those days was rather large in number, and probably included the parents, grandparents, and great grandparents of those reading this), looked up to such larger-than-life leaders and wanted to emulate them. Everyone wanted to become as civilized, as articulate, as educated, as progressive, as dignified as these giants who straddled Indian society and politics in the 1930s and 40s and 50s.

And then, we started to devolve. The mob, now in sync with the leaders because they mirrored them for so long, started to lead. Leaders now started to follow the mob, instead of the other way around, even as they invoke the names of the truly great ones in the past. And before we know it, we are in 1992, the Rath Yatra, the Babri demolition, and the race to the bottom from there, reaching where we have reached in 2022, at our lowest yet. However, this is not the deepest we will fall. As the apocryphal HR manager’s appraisal of a horrible employee went, this year, we hit rock bottom, and have now started to dig. There’s still space for us to bury ourselves before we start to dig ourselves out and lift ourselves up. When that will happen is anyone’s guess. What is true though is that at this point, the mob has turned the tables on the leadership and is the one firmly in control. Nothing should surprise us now, even if, due to some miracle, this excuse of a government were to lose power in 2024 and be replaced by someone else, regardless of who this someone else is.

What do we do till then? Keep writing, keep protesting, keep dissenting, keep raising that voice and flying that flag. Do not underestimate the power of the pen (or the keyboard in this instance).

That said, the one thing we ought not to do is to expect that any of this will change overnight, especially with a simple switch in who occupies the treasury benches.

Note: The governments (and people, in some cases) in all the states mentioned above (Rajasthan, Delhi, Chhattisgarh, Maharashtra) have taken cognizance of these incidents and there has been no gaslighting or justification of the same. There is, indeed, some semblance of shame. And sanity.

Kedar Anil Gadgil is a Principal Consultant at Druid Systems in Pune, India. In his words, he is politically promiscuous — who does not follow a specific political or social party or leader but, from instance to instance, chooses the argument that best suits his ideological stance of secular humanism. You can read more of his commentaries at kedar.gadgil.com.