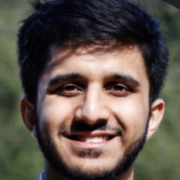 Imran Khan has been voted out of office as Pakistan’s Prime Minister. A vote of no confidence took place after the Supreme Court ruled against Khan’s attempt to dissolve parliament. Khan now joins the long list of Prime Ministers to have never finished a full term in office.

Khan, a former cricket captain, was elected to office in 2018. He vowed to root out corruption and reshape Pakistan. However, he has plunged the country into chaos with economic mismanagement.

The International Monetary Fund [IMF] estimates that inflation has risen by almost 5 percent under Khan’s term. Families are now struggling to buy necessities such as food, water, and electricity. Staples such as vegetable oil have risen by 27%. On top of that, unemployment is at a record level of 16%.

Under Khan, Pakistan’s debt crisis has also been exacerbated. Pakistan’s central bank estimates that the country owes over $200 billion to creditors such as China, Saudi Arabia, and the IMF. Khan kept borrowing money from China to fund large infrastructure projects for the Belt and Road Initiative. To pay off these loans, Khan asked the IMF for more help. However, the IMF is reluctant to provide support as it has given Pakistan 16 loans.

His foreign policy has been questionable as well. Under Khan’s leadership, Pakistan has moved closer to China and Russia. Khan’s presence at the Kremlin during the Ukraine invasion angered the U.S. With China gaining more political and economic influence, his shift to the East has angered many in the military which relies on the U.S. for weaponry and other forms of aid.

For now, opposition leader Shahbaz Sharif will lead as Prime Minister for the interim government. At the same time, fresh elections will most likely be held within the coming months. However, the military could launch a coup in the run-up to the election. The military has a long history of interfering in domestic politics when things go awry. Khan was losing the support of the military due to his continued shift to the East.   Regardless of whoever is in power, Pakistan’s problems will remain. The economic crisis will likely exacerbate. The government will continue to borrow more from China to pay off its debt pushing Pakistan closer to the East.

Regardless of whoever is in power, Pakistan’s problems will remain. The economic crisis will likely exacerbate. The government will continue to borrow more from China to pay off its debt pushing Pakistan closer to the East.

The next prime minister could try to reset current relations with the U.S., but American support will be tacit. With the war in Afghanistan over, Pakistan’s significance to American foreign policy has diminished. America is now focused on tackling China by supporting India. Since Pakistan cannot support American goals, significant military and economic aid will not be on the table. America will continue to give Pakistan the cold shoulder, pushing Pakistan closer to China.

Relations with India will not change. The next prime minister will not sign a peace treaty over Kashmir. This blood feud will continue as politicians use this rhetoric to stay in power. We can expect to see a bigger arms race between the two countries as both sides try to modernize their armies.

The biggest threat to the next Prime Minister will be terrorist groups such as the Pakistani Taliban (TTP). The TTP terrorized Pakistan from 2010-2015, however, a strong military campaign severely weakened their firepower. But in the last year, TTP attacks have been on the rise following the U.S. withdrawal from Afghanistan. According to the Pakistani Institute of Peace, TTP attacks have been up by 42%. At the moment, the government has no strategy to tackle the TTP. Given this lack of strategy and leadership, the TTP will attack larger civilian targets. It may also empower groups such as ISIS-K to continue to bomb Shiite mosques.

Regardless of whoever is in power, Pakistan faces a bleak future. Until a proper leader can act without interference, episodes of chaos will not end.