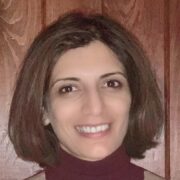 Why did I choose to move to a completely new environment, culture, and society and reset my life at the age of 45? It all began 24 years ago when I began my professional career at the U.S. Embassy in New Delhi. There began my quest for learning, education, understanding the U.S. culture, government, foreign policy, and the great honor of to support building a bilateral relationship between two of the world’s largest and oldest democracies. It was incredible to watch the trajectory of the relations move significantly to a new level.

To witness four presidential visits, and an unending stream of highly influential visitors from D.C. was history in the making. I had the good fortune to work with the finest U.S. diplomats who went on to play powerful and significant roles in the U.S. government. But what was the most fascinating fact about the United States, a country built by immigrants, was the people to people ties between the two countries that has always formed a platform for incredible soft diplomacy.

I recall my first impressions were cast without traveling to the United States. My father took premature retirement from the Indian Army and decided to visit the U.S. to gauge business prospects. When he returned, I was 17 years old then and he told my brother and me on a Sunday morning, “lets wash the car together.” Being used to having someone do almost everything for us, that was my lesson in valuing the dignity of labor, no job is too small or big for any human being, no matter what your titles, position, income, and status reflect. I arrived in the U.S. with two suitcases and made the biggest shift of my lifetime on October 15, 2017. I was lucky I had a good job before I arrived and then began the process of settling in – which still continues.

Having traveled to this country and studied in Hawaii for few months, I witnessed a transformed America in 2017. For the first time I experienced and felt the “brown person syndrome.” While it was unexpected that the highly cosmopolitan D.C. would turn people, they did not hesitate in divulging their racist sentiments. This country, in my mind is and always will be a land of immigrants. How many stories have we heard of generations of people from across the globe, including India, arriving here in the early 1970s with $20 in their pockets to witness the greatness of this country that they chose to make home and they did succeed. But this time round when I moved to the land I call, the new America, it was blatantly visible that suddenly all those silent voices had become empowered to scorn, belittle, and hurl abuses on people of color.

I have personally witnessed it on buses, metros, walking down Washington, D.C. and even more so in a large residential community, I chose as my home. This did not happen overnight, but the thinking was clearly there, and now they were given a voice. Coming from the land of Mahatma Gandhi who fought against discrimination on the basis of caste and religion, and practiced non-violence, the United States of today has churned. The challenges of the past three years the world has witnessed as has the United States are no reason for anyone to physically or emotionally harm on the basis of color. When I sit and think, I wonder how long this country will take to reverse the current racist mindset? I would say decades. It has been instilled and ingrained. My hope still lies in the younger generations who will, perhaps, be the change this country so desperately needs.

As the country struggles with the severity of a devastating pandemic, measures are announced to curb foreign workers from coming to the U.S. with additional guidelines that put immigrant applicants on hold. These workers — hardworking, smart, and dedicated — have been the backbone of the U.S. economy for decades. The immigrant backlash is unprecedented. From the H1B visa holders to the permanent residents, they are a part of the U.S. economic journey. Making America Great Again does not come with dismissing those who contribute to a country that is already great. These are the very people who will add value towards further growth especially at a time like COVID-19 when almost every country, including the United States struggles to bounce back.

In my view, the biggest soft power comes from education. Imagine from the earlier part of this century to now – 200,000 students from India chose to study in the finest educational institutions in this country. The experience to study here on the campus, the freedom to stay back and work an extra year, and there are those who believe the future of their professional life resides here, and they decide to stay back and become an integral part of the immigrant machinery.

Caste Apartheid: India’s Other Export to the United States

But again, with new measures announced by the administration, the United States is no longer the only lucrative educational destination anymore. This year more students have chosen universities in Canada, UK, and Australia than the United States. What made them change their mind – the policies, the racist onslaught, the attitude towards their skin color, or maybe all. Students alone from India contribute $8 billion to the U.S. economy. And we are witnessing first-hand what the younger generation finds unacceptable, they reject and move to greener and comfortable pastures where their voices are heard, and they are not dismissed or differentiated because of the color of their skin.

While I share my views, I haven’t lost hope in the future of America, I knew. For me this country brings many freedoms. While insulated at times (that’s when I miss my family and friends back home), the fact that no one stops to scan your clothes and what you are doing are freedoms that I value. I came from a city known as the “rape capital of the world.” I was stalked for months till I took action. Yet, I lived with the fear of backlash and it happening again. This is not to say that it cannot happen here, but I have a sense of security here. I do take necessary precautions and don’t let my guard down, but my fear has lessened. I will not give up on this country, and continue to work hard, make a place for myself in this society that needs so much healing and churning for the good of the entire expanse of the country and the world at large.

Shireen Singh is an Associate and Director for South Asia at The Asia Group, where she brings over 20 years of experience working at the U.S. Embassy in New Delhi. She immigrated to the United States in October 2017. The views expressed here are her own.

Ground Beneath Her Feet: Sunayana Dumala, Widow of Srinivas Kuchibhotla, On Life After Tragedy

“Go Back to Your Country”: How I Felt as I Watched the Election Night Unfolded