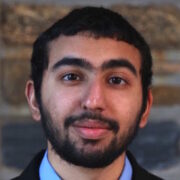 No Church for My Daughter: The Significance of Mindy Kaling’s ‘Kind of Hindu’ Identity

The concept of representation, the idea that you can be just like someone because that someone looks like you or speaks like you or grew up like you holds importance in American politics, particularly because they have so long been dominated by individuals who do not look or speak or grow up like me. But in the era of Donald Trump, representation looks like Srinivas Kuchibhotla, the software engineer who was killed in a Kansas bar in 2017.

You see, in Donald Trump’s America, looking like me marks you as a target. It means you don’t belong. It means not only that you get gunned down in middle America just a month after Trump’s inauguration, but that the last words you hear are “get out of my country,” echoing the anti-immigrant rhetoric that Trump rode to office. It means that the widow not only has to cope with her loss, but has to then face the prospect of deportation. It means being the first casualty of a hateful presidency that would go on to be characterized by the needless deaths of hundreds of thousands more.

The Trump presidency has been deadly. This is especially so for minority communities. Starting with Kuchibhotla’s murder, the past three and a half years have been punctuated by explosions of racist violence where Donald Trump’s words acted as fuel. After weeks of Trump demonizing Central American refugees for the sake of a few votes in the 2018 midterms, a gunman murdered 11 Jewish congregants in Pittsburgh. The shooter echoed Trump’s rhetoric, claimed Jews were aiding the Central American “invaders,” and massacred them for it.

Trump’s rhetoric once again found itself echoed in the manifesto of the white nationalist who slayed 23 Hispanic Americans in El Paso in 2019. Hate crimes reached a 16 year high under Trump. It’s there in the anecdotes. It’s there in the statistics. Others pulled the trigger, but Donald Trump set the events into motion that led to racists grabbing their guns. The flames of hatred have raged through this country for the last few years. Donald Trump has been the arsonist.

It’s shockingly easy to forget, to become numb to these tragedies, especially as we deal with a pandemic that continues to cost us nearly a thousand lives every single day. But the racism, and the racist, that inspired those mass murders are equally responsible for the criminally mishandled response to the coronavirus pandemic. Trump’s insistence on seeing the virus as a way to lash out against China (inspiring hate crimes against Asian-Americans) and enact restrictive immigration laws has gone hand in hand with his inability to take the pandemic seriously.

As pointed out by writers far more insightful than me, the rush to restart the economy and refusal to institute a meaningful shutdown betrayed a willingness to sacrifice large numbers of Black and Latinx workers to the virus. These communities have in turn borne the brunt of COVID’s death toll. That’s not a coincidence. It’s not an accident. It’s the sad but unsurprising result of Trump’s unholy marriage of racism and incompetence in the highest office in the land.

When I reach out to South Asian voters and mention how important it is for us to get involved in this election, I’m often asked “why us?” Why is it particularly important for the South Asian community to vote Donald Trump out of office? And I can pivot to talk about how Joe Biden will expand the H1B visa and green card program or how Trump’s mismanagement has seeded a plummeting economy that many in our community are invested in. I can surely find some statistics about how so many of us are in the medical field and that facing this pandemic without adequate PPE has put us at risk. Perhaps some will buy into the pride of having a woman of Indian descent on the Democratic ticket.

But fundamentally, it comes back to Kuchibhotla and the carnage that his death foretold. This country has never lived up to its promise of fairness and equality for all, regardless of their background or the color of their skin. But rarely have a president’s words and actions so clearly promised the opposite, that non-White Americans will be treated unequally, that we will repeatedly be painted as outsiders or invaders or dispensable.

Why does this election matter for us? Because right now, we don’t matter to the president. And so, the president must go. And we must be the ones to make that happen.

Shivam Dave is a second year medical student at the University of Chicago. He is originally from Houston, TX and has been politically active through get-out-the-vote efforts both in local and national elections. He is particularly interested in ensuring political involvement by the South Asian community in America and is a member of grassroots organization They See Blue.