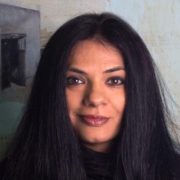 I was meditating. With what happened on 25th May, it was very hard to stay calm.

I heard fire works. Why fire works here? Why in this relatively uneventful, boring, predominantly Indian and Asian suburb of Los Angeles? Why are they lighting fireworks? Are they like crazy Indians pretending its Diwali on May 25th?

It was, of course, about George Floyd.

Most of the people in my neighborhood struggle to fill the right boxes to specify their ethnicity — Asian, Asian Indian, Chinese, this, that — even though the colleges and workplaces solemnly vouch not to discriminate based on these superficial things, but never fail to ask anyway.

For the most part, we Indians act like racism does not affect us — we work very hard, make money, we buy nice houses and cars, we follow the rules, stay out of trouble. We act like we have it all figured out.

Yet trouble manages to find us.

I remember when we had gone for a summer break last year to San Simeon beach, California.

That day, our family of three — my husband, my 7-year-old daughter and me  —  were out for long in the sun. Tired, cranky, hungry. I had a throbbing migraine. The bright July sun was relentlessly making my head ache worse.

As a couple married for 10 years, we naturally blamed each other for everything — the sun, the heat and the long drive.

It was gleaming bright, even though it was 7 pm. I was praying for some solace. I pestered my husband to find food and a coffee place soon.

He is a good man. He complies as usual. He is tired and  hungry too.

He is dutiful and has immaculate driving record, so he always takes over driving and lets me enjoy and play my Dev Anand and Geeta Dutt music. We all had a long day.

The police officer — a broad shouldered white man with alpha male high cheek bones leaned over our window. He was young, barely in his 30s, equipped with different maces, guns and gadgets.

He asked us, “Sir, You realize your light was not on?”

“What light?” I wondered.

We both looked at each other – oh, its evening. We did not know which city we were in — what they call evening here. May be it is a small town and they sleep early.

My husband apologized, “Sorry I didn’t realize.” He turned the light on promptly.

I couldn’t see if the light was on or off, because it was still broad daylight. Point is, we obeyed.

The officer repeated that the light needs to be on after sun down.

The sun was barely even orange, far from the magic hour, still giving me a migraine — but obviously we didn’t say all that. We were just hoping we won’t get a ticket.

But very soon we realized getting a ticket was least of the problems.

The officer intently scanned our car — full of food and baby stuff. He asked for my husband’s driving license. My husband promptly produced all the paperwork needed to prove — I can drive, I am a U.S. citizen, this is my car.

I saw the policeman watch like a hawk as my husband fumbled his pants for his wallet.  A certain amount of nervousness is only natural in presence of any authority standing over you like that — I hoped the police fella doesn’t take it as some latent guilt.

He was a young Caucasian man — we had no idea what he would interpret as “criminal.”

From experience I know, we always find what we are looking for.

I was getting mad at my hubby for wearing his hoodie jacket (I just don’t like the jacket. He has worn in for 10 years and refuses to get rid of it). Only today I realized it was making him look like a migrant worker.

The office waited and stared at my husband even longer — now he had stopped moving altogether and it was really scary. He seemed suspicious about everything — my sleeping daughter in the back seat — was she a decoy? We had a lot of food — over ripe bananas and chips all over — were we crossing the border illegally? We had been out in the sun too long and could pass off as someone who has been on their feet for long time.

This staring went on for a really long time. My heart froze with all that staring. Like a wild animal looming over you.

I thought of leaning in and acting cute with the officer, but I stopped. May be at my age and my race — I cannot play the cute card and that might backfire. It might work if I was an entitled, flirtatious blonde, but not a middle aged Indian woman.

I looked straight through the windshield. I made minimum movements.

Let’s Make a Film: How You Can Help Me Deliver the Promise of ‘The Rose Garden’

The police officer — whatever he said we complied immediately and gave minimal responses. He still stood there staring sternly at my husband. Having spent 20 years in U.S., we know staring meant trouble.

Driving license reports came through. He did not find anything to penalize us. This did not rest his doubts. He came back even more irritated.

He gave us a warning but paused for a long time, his pale fingers digging in our car window, not letting our car go, still staring at my husband. We sat stoically looking through the windshield — lest he think we are aggravating him or challenging him.

I did the polite “thank you officer,” without looking him in the eye. I had to second guess every movement I made. When someone is in a mode to misunderstand you like that, even my Indian accent can tick them off.

The officer hesitated, shook his head in annoyance and finally let go of the car window. My husband  carefully started the car and we drove off silently. I could feel my breath knotted up. We drove away in pin drop silence.

The ordeal lasted for a good 30 minutes. That incident still haunts me.

I am a 5ft 1 inch, solid, bold woman and have overcome enough battles in my life.

This much cowardly fear for no fault of my own was akin to death of my integrity.

A thought went into my head — what if I was a mildly sassy black 18-year-old boy?

What if I  had a couple of errors on my credit or driving history, who happens to be tall and strong? What if I was a burly brown guy with mustache who did not understand English at all? What if… What if…?

One wrong move … and we don’t even know what is a wrong move. There was nothing we could have done to prevent that barely trained police officer from being a judge, jury and executioner,

Like the Derek Chauvin who kneed and choked that strong black man’s robust neck.

We would have no time  to prove that  we are law abiding U.S. citizens, professors, had Masters degrees and dutifully paid mortgage and taxes.

Nobody would punish him or question him.

Eight minutes and forty six seconds, Yes, we are all in this together.

Nirali Thakkar teaches painting and art history at Santa Ana College, North Orange County Community College District and California Miramar University. She studied Fine Arts at Parsons School of Design, New York, earned a Masters in Fine Arts from the University of Southern California and a Bachelor’s in Fine Arts in Painting from M.S. University, India.  She loves to write,  travel,  play with her cat and eat desserts with her daughter.