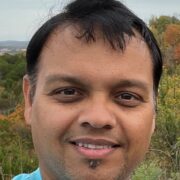 Anniversary of Exile: Elected American Leaders Must Acknowledge the Genocide of Hindus in Kashmir

A new year is here. It’s time to renew or reset our resolutions. With the ever-looming threat of new COVID-19 variants, setting fitness targets to preserve health is now as important as chasing financial, educational, career, relationship, and other goals. And some of us need instant motivation to get cracking. So, what would be better than a start-of-the-year marathon, nay Yogathon?

Surya Namaskar Yajna, a Yogathon designed for health and yoga enthusiasts across the country, is an annual January tradition in America. First launched in 2007 by Hindu Swayamsevak Sangh, this program has made a positive impact on schools, prisons, families, and communities by promoting a lifestyle of physical fitness and emotional well-being. All this through Surya Namaskars, a.k.a. sun salutations.
Surya Namaskar is a sequence of yoga postures designed to flex and exercise multiple joints and muscles. Alternating breaths while performing these steps builds stamina and endurance. Repeat this series for several rounds — and you might get a decent workout for the hour (or the day). And when you do, track your count of sets performed, and report them to join the Yogathon.

Over the years, this “Health for Humanity” Yogathon has gained steady popularity with thousands of participants performing Surya Namaskars daily over 16 days. Last year, a total of 728,795 Surya Namaskar were executed by a little under 13,000 people, including about 3,000 students. And many keep coming back every year, because of the benefits they experience! Usha Peri, a nephrologist and yoga practitioner from Texas, thinks of Surya Namaskar as a complete set of exercises that brings many beneficial physiological changes in the body. “The obvious changes are better body posture, increased flexibility, and improved muscle tone”, she says.

Studies show other benefits for regular practitioners of Surya Namaskar. Participants of a month-long experimental study, conducted by the Subodh Yoga group based in New Jersey, were able to reduce or maintain their weight while experiencing better discipline, consistency, and general positivity, especially during the pandemic. Rahul Bhalerao, the founder of the Yoga group and the brains behind this study, says, “This one-month intervention inspired participants to perform Surya Namaskāras more consistently while gaining a sense of achievement.”

Yoga is generally linked to emotional and mental well-being. Mari Carpenter, Public Health Advisor at the FDA, shares her experience — “It began to change me from the inside out. I began to feel more confident and comfortable with myself… I felt more peace and calm.” Rashmi Patil, a nurse practitioner, and professor of nursing in California shares similar observations, “Practicing Surya Namaskar brings our attention and focus to not just body movements, but also our thoughts and stressors.”

Usha, Rashmi, and others also recommend starting Surya Namaskar practice at an early age. Julie McKinney, an elementary school principal from Charlotte, received “incredible” feedback from teachers and parents when she introduced the Surya Namaskar Yogathon to her students. “They (teachers and parents) got to see the benefits of Yoga and Surya Namaskar, and how it calms the students and helps prepare them for their day”, she says. Rashmi points to studies conducted with children doing some Yoga practices that show “an improvement in their social interaction, academic performance, behavior, emotional responses, and more”. Realizing this, many schools around the country are now partnering with organizations, such as the Hindu Education Foundation, to introduce Yoga and Surya Namaskar on their premises.

Yoga and Surya Namaskar have their origins in Hinduism. Over the years, scholars, philosophers, and practitioners have refined yoga’s spiritual teachings and evolved its physical practices to make it accessible to all. The word Yoga itself comes from the root word “yuj” in Sanskrit, which means to join. Through its ever-increasing popularity, its adoption by diverse faiths, regions, and cultures, and the benefits experienced across all ages and genders, Yoga reflects the inclusive, equitable, and universal Hindu principles, such as the world is “one big family” and all humankind should be free from misery, conflict, and ill-health.

Yogathon presents a great way to bring yoga into regular practice, and experience its benefits for the body, the mind, and the conscience. This year’s Surya Namaskar Yajna (SNY) runs from January 14th to the 29th. To learn the Surya Namaskar postures and to participate in the Yogathon, visit their website or email sny@hssus.org.