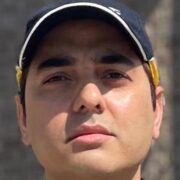 Stigma and Silence: I Am Adopted. We Don’t Need to Sugarcoat Our Narratives About Adoption

Kashmir, thought to be named after the ancient Hindu rishi Kashyapa, is an integral part of India. For thousands of years, the region was populated mostly by Hindus and Buddhists and was a renowned center of learning. In the 14th century, invaders from Central Asia took control of the region and the indigenous population faced several persecutions after that. Sikh rulers controlled the region in the early 1800s, and that was followed by a Hindu dynasty until 1947 when India was partitioned. Since 1947, Kashmir (which is currently divided between India, China, and Pakistan) has been the site of Islamic terrorism.

When India was partitioned in 1947, the newly formed Islamic Republic of Pakistan sent its army to invade Kashmir. The King of Jammu & Kashmir (J&K) turned to India for protection in return for acceding the entire state (including the portions currently occupied by Pakistan and China), to India as he decided to join India. The terms for J&K’s accession to India were signed on October 26, 1947 and were the same as those similarly signed by rulers of hundreds of other princely states.

In 1948, the United Nations Security Council passed Resolution 47, which required all Pakistani military personnel to withdraw from the region, and then for India to reduce forces in response. This would allow for a plebiscite (referendum) to determine the future of the region. However, Pakistani forces have remained in Kashmir, making an Indian military presence necessary and a plebiscite impossible.

Hindus in Kashmir have long been the victims of targeted violence and several forced exiles, as they were obstacles to Islamic rule in Kashmir and to Kashmir’s forced separation from India. Most recent was between 1989 and 1991 when 500,000 Kashmiri Hindus were victims of ethnic cleansing from the Kashmir Valley in a campaign of targeted killings, rapes, forced exile, and destruction of personal property and religious sites.

Thousands of displaced Hindu Pandits have lived as refugees in their own country, in camps in New Delhi and in the state of Jammu. Successive governments since then have neglected to allow for the safe return of these refugees back to the Valley. While many Kashmiri refugees have been able to relocate to various places, including the U.S., many still struggle to resettle safely in their ancestral homeland. Michigan is home to more than 50 Kashmiri Hindu families, survivors of barbarism and genocide at the hands of Islamic terror in their homeland of the Kashmir Valley.

The Hindu Community Relations Council (HCRC) of Michigan unequivocally stands with the Kashmir Overseas Association (KOA) in its demand for justice for the victims of the Kashmiri Hindu genocide. As a first step in that direction, we call on the elected officials in the U.S. to recognize and acknowledge this religious genocide and to recognize the rights of the Kashmiri Hindu refugees to return to their ancestral homeland and live in peace.

Shivas Dhar is the Michigan-based Director of the Kashmir Overseas Association and a board member of the Hindu Community Relations Council.