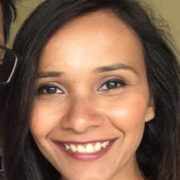 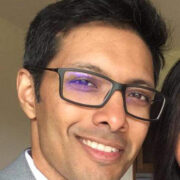 Tamil Anthology ‘Navarasa’: Some Rise Like Well-Leavened Bhatura While Others Fall Flat Because the Dough is Overworked

We had the most inhuman experience at the Consulate General of India in New York while applying for an emergency visa. My father suddenly passed away in India on Nov. 22. I was devastated and shocked by the news. It was a Monday. We needed an emergency visa to India, so my husband Romie immediately called the consulate helpline to make sure we carry all the necessary documents. The man we spoke to gave us the list and asked us to be at the consulate by 4 pm.

As we were approaching the consulate that evening, we called the helpline again and spoke to the same person letting him know that we were around the corner as it was almost 4 pm. He then mentioned that we also needed to fill out and print out the application along with our documents. We rushed to the closest ‘printer’ facility and logged on to a computer. I asked the consulate help-desk man to walk me through the website and application that needed to be filled, which he did. At this point, it was past 4 pm and although we had the application filled and printed, the man insisted we should come the following morning instead. He stated that if we submitted the paperwork at 9:30 am, we would get our visas immediately. My husband was apprehensive to wait for the following day, particularly since we were 3 blocks away from the consulate. The man however was confident that we could get our visa in the morning itself and despite being right there with our paperwork in hand, we decided to go home. When we reached home, I booked tickets for a flight to India for the next day (Nov. 23) at 6:30 pm.

The next day we reached the consulate before 9.30 am but, as soon as we approached the counter to submit our paperwork, the lady at the counter told us that we had the wrong application form. The correct link was posted on her window and she showed me that. My husband and I were confused as to why the consulate help-desk employee would give us the wrong application form, but we decided to focus on getting the correct form filled out.

I used one of the computers provided at the consulate and I filled out the new forms. The lengthy form and technical issues with the consulate computers had us lose nearly two hours. We went back to the window to submit the visa application. This time the application form was correct and the paperwork was all there, so I assumed that I would get the visa right away (as advised by the helpline man). But the lady at the counter told me that all visas are issued after 4 pm.

When I told her that someone from the consulate helpline told me that I would get the visa on the spot, she told me that it has to be verified by India and so it won’t be ready till 4. I panicked, wondering if we could make it to the 6:30 pm flight. The lady said she would try her best to do it before 4 pm but could not make any promises. I said I completely understand and appreciate her efforts. It was 11:30 am at this point and I was waiting at the consulate, Romie had to rush for his physiotherapy appointment. I sat quietly.

Romie: When I was going to the hospital in the cab, I decided to call the consulate helpline again. The same man we spoke to the previous evening picked up the line. I told him that yesterday he gave us the wrong link for the application form needed for an emergency visa. He began asking me what the correct link was and I said I don’t remember it and that it is posted on the window of the consulate. He still kept repeating the same question and it was getting a little irritating. So I asked him if he was at the same location as the consulate or seated somewhere else. When he told me he was speaking from the basement of the consulate building, I told him to go up to the visa window and check out the link for himself. He continued to repeat the same question, “but what is the link.” I began to get frustrated by the conversation and he asked me to not raise my voice at him. At this point, I was approaching the hospital and stated I could not continue the conversation and hung up.

Tina: It’s around 12:15 pm and Romie comes back to the consulate after his appointment. We were talking, when visa officer Vijay Shankar Prasad came to the counter with another gentleman who started pointing his finger at Romie. Prasad asked Romie if he had called the helpline earlier. Romie said he did and tried to explain that the staff on the helpline gave us the incorrect information. Prasad sternly told Romie that he cannot raise his voice with the staff. I mentioned that the help-desk man also asked us to come in this morning when we were three blocks away yesterday and that we would get our visas immediately. Prasad started to visibly get angry and stated that he will not issue us visas. I was alarmed at how quickly the situation escalated and I asked him for his name. He said that he is the visa officer and that he will not give me his name. Romie then clicked a picture of him. This enraged him and he started shouting at us, saying we are not getting our visas. Prasad asked an employee to get our paperwork from the back. This is when Romie started recording the video. When I asked him why he was angry, he yelled back saying that Romie was shouting at him. This was not true. Neither of us yelled at Prasad. Throughout the time that Prasad was irate, I questioned him as to why he’s so uncontrollably angry, and whether my paperwork was incomplete. I told him that the forms were complete but he proceeded to shove the forms at me through the service window, as can be seen in the video, and when I told him I had paid, he shoved the money as well. We were shocked, and I wondered if I could even go for my father’s last rites.

We told him that his behavior is wrong; it’s barbaric. But he walked away and our pleas are falling on deaf ears. At that point, a security guard came up to Romie and told him that he can’t record and that he should shut off the phone. After the phone was shut off, I was still crying and pleading for him to grant me a visa. I told him to cancel Romie’s visa as he’s mad at him, but to give me a visa as I was sitting patiently waiting in the consulate. I was relentless, I didn’t want to give up. I tried repeatedly to make him understand that my father had passed away and I needed to attend the cremation. For nearly an hour I apologized, I begged, I cried, I even asked him what we could do to make things better. Instead of empathy or understanding, he stated he would be blacklisting us and that “he’d like to see how we ever visit India.” I refused to leave the consulate premises and stated that I had a right to be there — the security guard stated that now I had a U.S. passport and had “no rights” in the Indian consulate. Prasad instructed the security to call the NYPD, who met Romie outside the consulate. Romie told the officers what happened and while they sympathized with us, they were restricted as the Indian consulate is under the Indian government. Romie also rang the bell of the main door of the consulate, asking to meet with the Consul General or anyone who can help, but the lady didn’t allow him to enter and told him he has to make an appointment online.

Eventually, I came out as well, sobbing and hopeless. We began texting and calling anyone and everyone we knew to see if there’s a solution to this. Romie emailed the Consul General and the Deputy Consul General informing them of what happened and asking for help. Everyone we reached out to was sympathetic and reached out in their own circles. We canceled our flight tickets and were at a loss of what to do next. The following morning I got a call from a gentleman named Mr. Prem Bhandari who like everyone who had heard this story was appalled and outraged at the level of indecency towards someone who is struggling at such a hard time. He told me that our visas would be ready by that day. This was Wednesday, Nov. 24. The consulate reached out to us at 4 pm and we got our visas as Mr. Bhandari had promised and we left for India that evening on a 9.30 pm flight.

I also took to Twitter, sharing my experiences at the consulate. Many shared similar experiences not just at the Indian consulate in New York, but in other locations across the U.S. as well.

“My father passed away on Monday and this incident took place at @IndiainNewYork on Tuesday,” I tweeted about the Nov. 23 incident. “I begged and pleaded for nearly an hour as my husband & I were threatened to be blacklisted from ever getting an Indian visa and the #NYPD was called on us,” I wrote. “As I cried I was also told by security that I live in the United States and am no longer an #Indian — and have no rights,” I wrote. “No ‘reason’ for this level of apathy and indifference is acceptable with any person let alone someone who found out they lost their father a few hours ago and are begging for help.”

It was an intense two weeks. Now that we are back, we are committed to helping others who have suffered at the hands of the unprofessional staff at the consulate. It is unfortunate that an external force had to intervene for us to be granted an emergency visa. We were fortunate to have met Mr. Prem Bhandari, but we acknowledge that there are numerous others who might have upset the wrong consulate employee and not got their visa or worse, get blacklisted!

We refuse to sit content, allowing such unjust behavior to be a norm. We haven’t received an apology from the consulate or the Indian embassy. Just a tweet saying that they will take necessary ‘disciplinary’ action.

Is Vijay Shankar Prasad still entrusted with the delicate responsibility of issuing visas for people in need? The public has been given no answer.

Tina Banerjee is a Digital Designer at a hospital. She has a Master’s degree in public health and hospital administration. Romie Decosta is an indie filmmaker. He has an MFA in film from City College of New York.