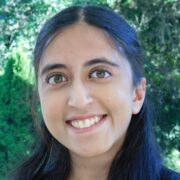 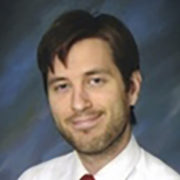 Ajay Kumar was born in a Dalit family and was the first in his family to graduate college. After joining justice movements in several other parts of India, including Medha Patkar’s Narmada Bachao Andolan, he returned to Kerala in 2003 to serve his home state. There he witnessed the problems all around — poor education, housing facilities, and employment opportunities for marginalized communities in Kerala, particularly Dalits. In 2004, Kumar came across a case where Dalit children were brought from Tamil Nadu, and publicly sold as domestic help in Thrissur, Kerala. Kumar intervened by filing a case, and thankfully the local administration rescued the children.

Kumar wanted to advocate for these marginalized communities but realized that no one was doing the ground research to show exactly how these problems were playing out on the ground. A high school dropout himself, a top priority for Kumar was education and keeping Dalit kids in school in spite of all the adversities faced by these communities.

“At that point, we thought it would be difficult to negotiate with the state,” Kumar said. “If you’re actually doing advocacy work, you need a factual base for your claims.

In 2008, Kumar founded RIGHTS, an NGO initially founded for the purpose of providing research on a myriad issues ranging from education to child rape to discrimination against Dalits and Adivasis. They produced several reports that were used by a range of organizations. But after a while, they decided that reports were not enough.

“We realized that we had produced a lot of reports, but then what?” Kumar said. “We thought we could not remain a kind of machine issuing report after report.”

RIGHTS then began working directly with communities, beginning with children’s programs in several districts focused on serving the Dalit community. But RIGHTS’ work was stalled after the 2009 flooding in Kerala (the villages served by RIGHTS are plagued by floods almost every year) had a disastrous and disproportionate effect on the Dalit community. RIGHTS turned its efforts toward monitoring government relief efforts toward Dalits, Adivasis, and other marginalized communities.

When the Covid-19 pandemic hit, it quickly became clear that online schooling would become the new norm. In a state with 54 percent Internet density, it became clear that in Kerala, Dalit and Adivasi children would be disproportionately excluded from education unless there was an intervention. RIGHTS has sprung into action, launching the “Bhim Online Classroom.” It aims to create an online educational platform and public repository of educational content and multimedia class rooms for students from marginalized backgrounds.

Their first classroom opened in May 2020, and they have been consistently scaling up.  But “there are thousands of children who still don’t have access,” Kumar says. “Our target is the last kid. How are they included in this process? It is very challenging, but we are happy to take up that challenge.”

Kumar is very concerned about the digital divide in India: “India has 49% internet connectivity. That means if you meet two people, one person doesn’t have connectivity. Within that, there is a huge divide between cities and villages. Only 9% of Indian villages are connected by broadband. And in villages, 70% of people don’t have a connection. Then there is the gender divide: only 25% of Indian women have access to the internet.”  Kumar adds, “the digital divide is like stratification of society. It mirrors all the other inequalities including the caste system.”

The first Bhim Online Classroom opened on May 25th in Trivandrum. “There were two batches of students each day, approximately half boys, half girls. Just a month later, there are 24 centers,” Kumar says.

Each classroom has an Android-enabled smart TV with wifi connection, mouse and keyboard, so that children can browse and do research. Ideally, there would also be 5 laptops or desktop computers in each center, but this is an aspiration.

The next challenge for RIGHTS is to reach the 35 villages that don’t even have electricity, let alone internet service. Kumar is hard at work trying to raise money to address the educational needs of these villages, and also coming up with a way to create online classrooms where there is no electricity. These are mostly Dalit and Adivasi villages.

Kumar has been traveling to these villages. He observes that even when there is no electricity, people still use mobile phones. In every village there will be a high spot — a tree, a hill, a rock, or a house — where people can get signals. Kumar saw a huge jackfruit tree in one village which was covered in mobile phones, “A phone jack tree!” The villagers would come to the tree a few times during the day to see if they got any messages.

Kumar has asked some techie friends to come up with a way, perhaps new software, to use the little signal that these villages have to download materials so that children can study. It is very challenging, of course, but Kumar says that the children are eager to learn, and this is motivation enough.

“Ultimately, no nonprofit organization can educate all the children. RIGHTS can perhaps run 10 centers well. 24 is too much without funding, and the need is huge. The government should take this project forward. We are working on this.”

Kumar believes that as an educated Dalit man, it is his moral responsibility to ensure that the children of Kerala’s Dalit and Adivasi families are not left out as the whole country transitions to online education due to the pandemic.

RIGHTS has more than 50 volunteers from all walks of life, who have been creating educational content for the classrooms. Bhim Online is the nation’s largest archive of free educational content, and after just one month, it has 250,000 subscribers.

Kumar calls Bhim Online a “revolution” because the platform allows children to choose their teachers and even give them a grade. The students have loved the opportunity to evaluate the classes and teachers.

Since the quality of the educational material is so high, children may perform better than in traditional schools. “With the online platform, there is no longer a barrier between a Dalit kid and any other kid.”

Kumar says emphatically, “Having introduced this program, we have to make sure it succeeds. In fact, we have to ensure every Dalit and Adivasi child is assured a decent education, even in the midst of a pandemic.”  RIGHTS is seeking support to continue to scale up this innovative educational initiative serving Kerala’s most marginalized children.

Brandon Juhl and Sravya Tadepalli are volunteers with Hindus for Human Rights, which is a supporter of RIGHTS and its projects. https://www.hindusforhumanrights.org. Please support the families cared for by RIGHTS by donating generously here, and please indicate that your gift is for Dalit and Adivasi families supported by RIGHTS. Hindus for Human Rights will transfer the funds to RIGHTS.